Blake Treinen's unexpected run at one of the spots in the Washington Nationals' Opening Day bullpen ended this morning when the 25-year-old right-hander was reassigned to minor league camp, but the hard-throwing former Oakland A's draft pick made quite an impression this spring.

"He's working on his secondary pitches, of course, especially his breaking ball, he's working on. But as a pitcher he's very young." - Matt Williams on Blake Treinen earlier this spring

Nationals' Manager Matt Williams singled the right-hander out for praise early this spring.

"He's working on his secondary pitches, of course, especially his breaking ball, he's working on," Williams said. "But as a pitcher he's very young. He's still feeling his way through that, but it's electric stuff. It's out of the hand really nice."

Treinen hung around a bit longer than expected, making a serious run at a roster spot in a crowded Nationals' 'pen. In six appearances and 9 2/3 IP as a reliever, Treinen allowed 15 hits and seven runs, five of them earned, walking three and striking out nine batters.

"'Easy 96 with some sink,'" Manager Matt Williams told reporters, including the Washington Post's Adam Kilgore, this week. "'He continues to impress.'"

Treinen even called his sort-of out-of-nowhere run at one of the few available spots in the Nats' bullpen a "pleasant surprise" in the WaPost column on the right-hander.

The run came to an end this morning, however, when the Nationals announced via Twitter that Treinen was reassigned to Minor League camp:

The decision to cut Treinen left the Nationals with four pitchers battling for the final spot in the bullpen. 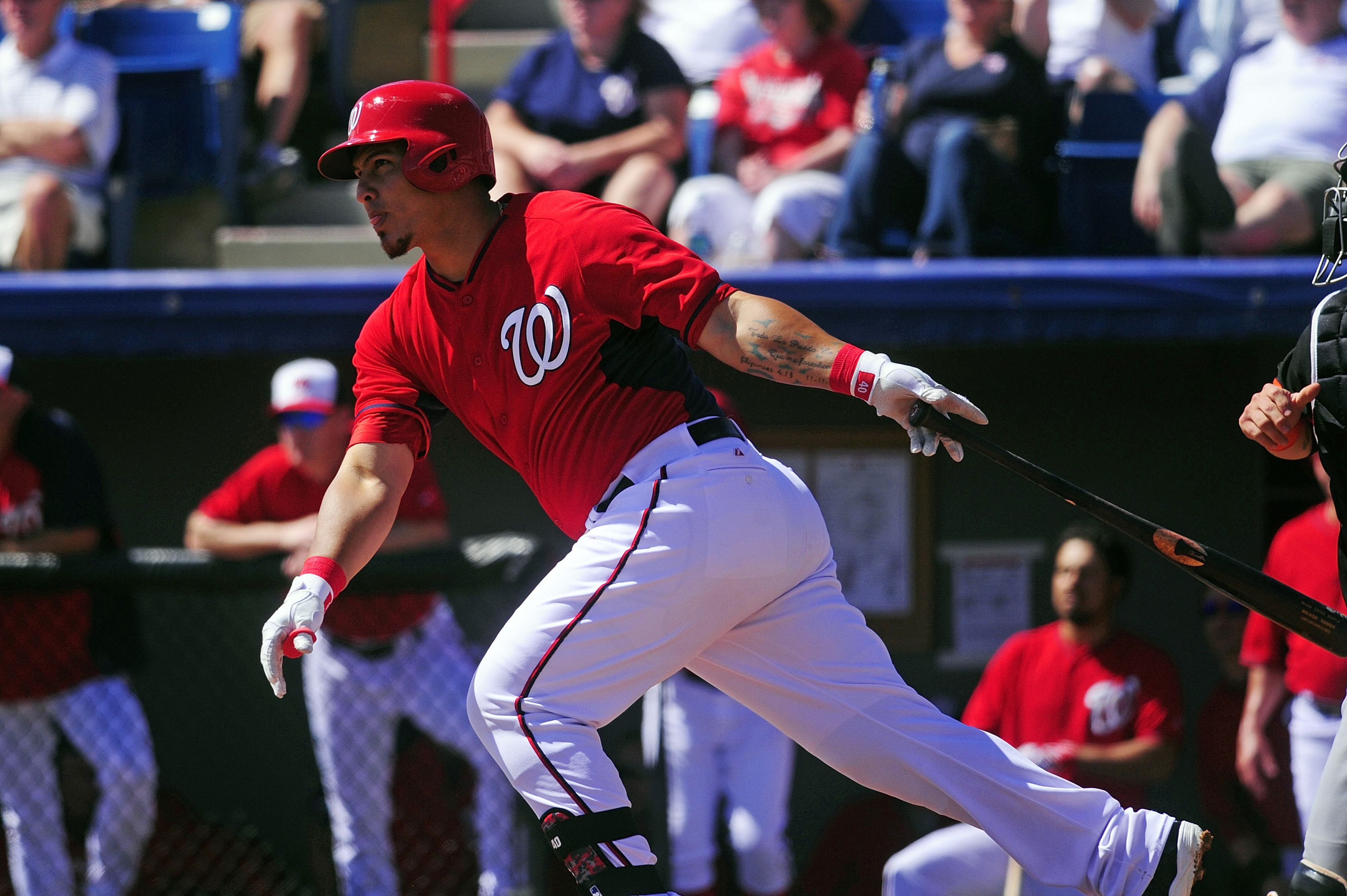 Aaron Barrett, the other surprising candidate along with Treinen this spring, left-handers Xavier Cedeno and Michael Gonzalez and Tanner Roark, if he doesn't make the rotation, all remain options for the Nationals going into the final week of Spring Training as does Ryan Mattheus, whose injury issues early this spring may have set him back too much for him to make the Opening Day roster.

The fact that Treinen was not on the 40-Man Roster may have worked against him.

Unless the Nationals keep three lefties in their bullpen, the likeliest scenarios at this point see either Roark taking a relief role with right-hander Taylor Jordan making the rotation or Roark winning the spot and Barrett opening the season in the pen while Jordan goes to Triple-A where he can remain in a starting role.