Before Wednesday's comeback 11-5 win over the New York Mets in Space Coast Stadium, Washington Nationals' Manager Matt Williams met with reporters for his daily pregame press conference. Williams talked at length about Zach Walters, Danny Espinosa and the battle for the utility role on the Opening Day roster.

"He threw. He's fine and we'll progress him and keep moving towards getting him live BP, that's the first major step." - Matt Williams on Ryan Mattheus

He also provided updates on a number of other topics, like when Mike Gonzalez, who signed a minor league deal with the Nats on Tuesday, would be arriving in camp?

"We are not exactly sure," Williams said. "We expect him today. But again, travel, there's weather, there's all kinds of stuff. So, don't know."

The 30-year-old Nats' reliever was shut down with what the Washington Post's James Wagner reported last week was, "...costochondritis, the inflammation of the joint between the joint that connects the sternum and ribs."

"It's where the rib head hits the cartilage and it's irritated," Williams said last week.

Mattheus is ready to get back to work now.

"He's good," Williams said. "He threw. He's fine and we'll progress him and keep moving towards getting him live BP, that's the first major step. And then into games."

Asked if he knew when Mattheus would pitch in Grapefruit League action, Williams said the right-hander would have to work up to competitive innings on the mound like all the other pitchers have over the last few weeks.

"He would take the normal progression like everybody else would," he explained. "Again, him being set back, he's still got to take that normal progression. So, throw, bullpen, live, games. So, what that time frame is, don't know, barring some kind of setback we'll take it day by day and session by session and progression by progression.

Ross Ohlendorf is expected to make his first appearances of the spring on Thursday, when the Nationals take on the Braves in a 6:05 pm EST game (which is available via MLB.com's Gameday Audio).

"It's a skin on his finger issue... split it open. So, we've got to make sure that he's good to go." - Matt Williams on Ross Ohlendorf's delayed start

He's yet to throw in a game this spring, however, and he's dealing with an issue with his finger.

Williams was then asked about the way things were lining up in the starting rotation.

Stephen Strasburg, Gio Gonzalez, Jordan Zimmermann, Doug Fister, fifth starter... if you count the days, account for the day off on the 18th... is that the order in the rotation?

"Boy, it's awful early for you to be delving into that," Williams told a reporter who asked if the first-year manager was willing to name his Opening Day starter.

"We don't know yet," Williams said. "Thanks for your observation though."

Each starter is set to make their second start of the year. Williams said he was happy with what he's seen from the Nationals' pitchers.

Zimmermann on Not Showing the Braves Everything 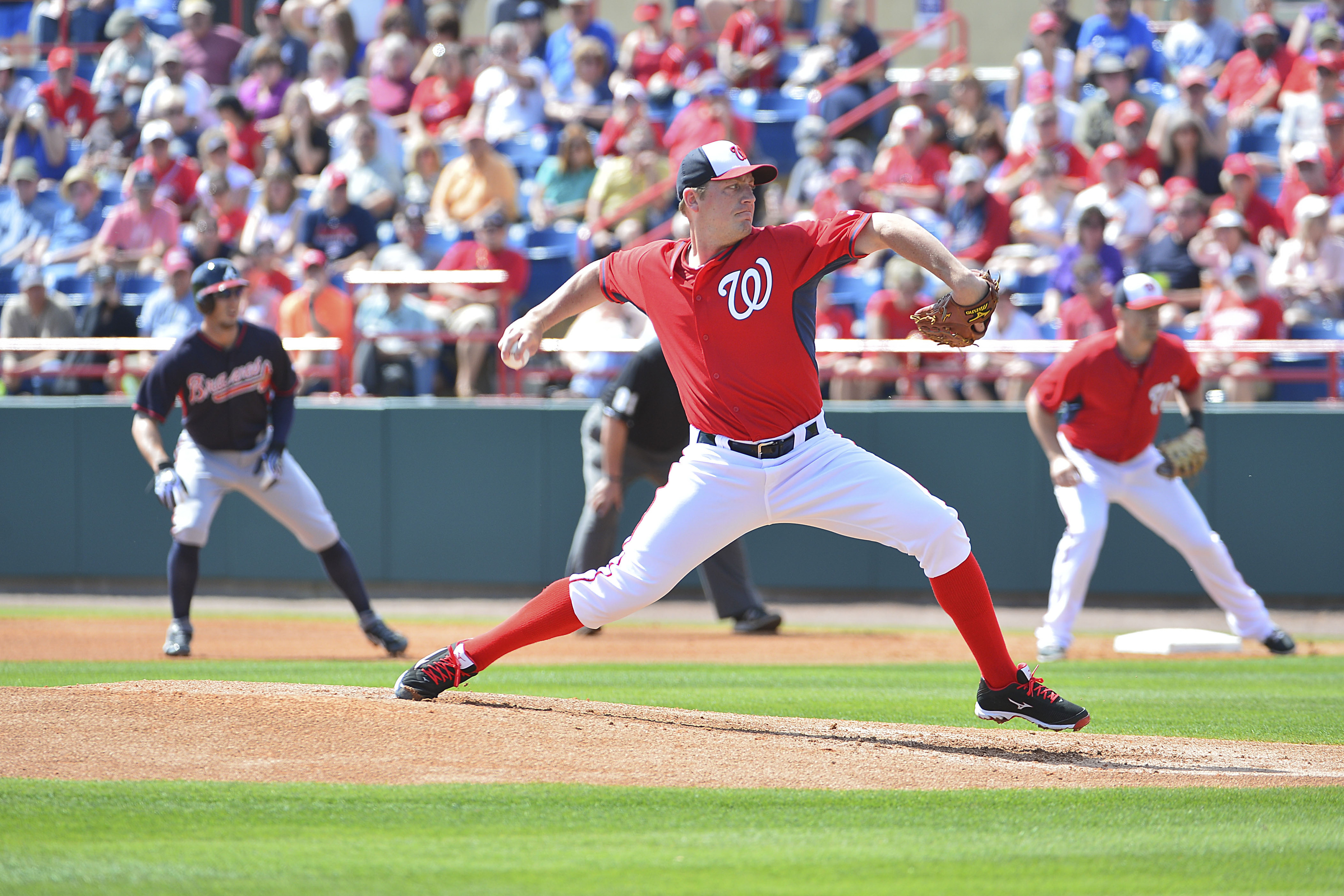 "I think everyone is progressing in getting ready. We're going to step the starting pitchers up. Push their pitch limits a little bit the second time through."

Jordan Zimmermann's up next. He'll take on the Braves for the second time this spring tonight.

Zimmermann said last Sunday he didn't want to show Atlanta's hitters his whole repertoire since he'll be seeing a lot of them this year.

"Don't want to show them too much," the 27-year-old right-hander said, "so I'll probably just go with the fastball/changeup again."