Danny Espinosa struggled through a rough 2013 campaign and earned a spot on the Washington Nationals' 25-Man roster this spring. In the season opener in Citi Field on Monday, the 26-year-old infielder took a big walk that helped the Nats come back in a game they eventually won.

Anthony Rendon came through with a big hit in the 10th inning of Monday's season opener, sending a three-run home run soaring out to left field in Citi Field to drive in what ended up being the winning run in Washington's 9-7 victory over the New York Mets.

In the ninth inning, however, with a runner on and one out, the Nats' 23-year-old second baseman K'd looking at a 93 mph 0-2 fastball from Mets' closer Bobby Parnell, leaving it up to last year's Opening Day second baseman Danny Espinosa to keep the game going.

"He really needed that. He had such an off year last year. He's an extremely good ballplayer this kid." - Randy Knorr on Danny Espinosa on 106.7 the FAN in D.C.

Espinosa battled the right-handed reliever for eight pitches, fouling off two two-strike pitches and eventually walking to bring Denard Span up with the tying run in scoring position. Span was first-pitch swinging and lined a two-out RBI double to left field that drove Desmond in from second to make it a 5-5 game.

"I'm really glad you brought that up. I'm glad you saw that," Nats' Bench Coach Randy Knorr told 106.7 the FAN in D.C.'s The Sports Junkies this morning when Espinosa's walk came up in an appearance on the Nationals' flagship station. "Because we all thought the same thing. It was unbelievable. He really needed that. He had such an off year last year. He's an extremely good ballplayer this kid. I mean, he's awesome. Defensively, I think he's the best fielder, second baseman at least, in baseball. I mean he's unbelievable over there. And then he had such a great spring at shortstop. It was great to see it. He was so calm and relaxed."

The calm approach was impressive, especially considering the fact that it was Espinosa's first major league at bat since last June when the Nationals DL'd their '08 3rd Round pick before optioning him to Triple-A Syracuse.

Espinosa talked this winter about the wrist fracture he suffered early last season when asked about his struggles in his fourth major league season in 2013. Whatever the cause of his issues, the result was a .158/.193/.272 line with nine doubles and three home runs in 44 games and 167 plate appearances in which he walked four times and struck out in 47 trips to the plate before he was put on the Disabled List.

He was optioned to the Nationals' top minor league affiliate once he came off the DL, and Espinosa then put up a .216/.280/.286 line in 75 games and 313 PAs at Triple-A Syracuse in which he walked 19 times while piling up strikeouts with 101 on the year.

"I think he's a valuable piece of this club. And he brings a lot to the table, not only defensively, but offensively for us." - Matt Williams on Danny Espinosa in season opener

This spring, new Nationals' manager Matt Williams promised Espinosa he would be given a fair shot to compete for a spot on the 25-Man roster, whether at second or in a utility role. He liked what he saw from the 26-year-old infielder in the field and at the plate.

Williams told reporters this weekend that he was happy for Espinosa when he made the Opening Day roster.

"I'm happy about that. I think he's a valuable piece," Williams said.

"I've been telling you guys all winter. I think he's a valuable piece of this club. And he brings a lot to the table, not only defensively, but offensively for us. He's able to play all around the diamond and plays Gold Glove-caliber defense wherever he plays. That's a big part of our team. I think he came in focused. I think he came in with the idea that he wanted to make the club and he worked very hard."

Williams said it was more of the same in Citi Field on Monday.

"That's what we've seen all spring," he told reporters. "And he's going to continue to get opportunities and play and he's excited about playing and so it was great."

Before Game 1 of 162, Williams explained that Espinosa will get regular opportunities around the infield this season, and stressed again that he does consider him an important part of the roster.

Danny Espinosa Back in the Majors 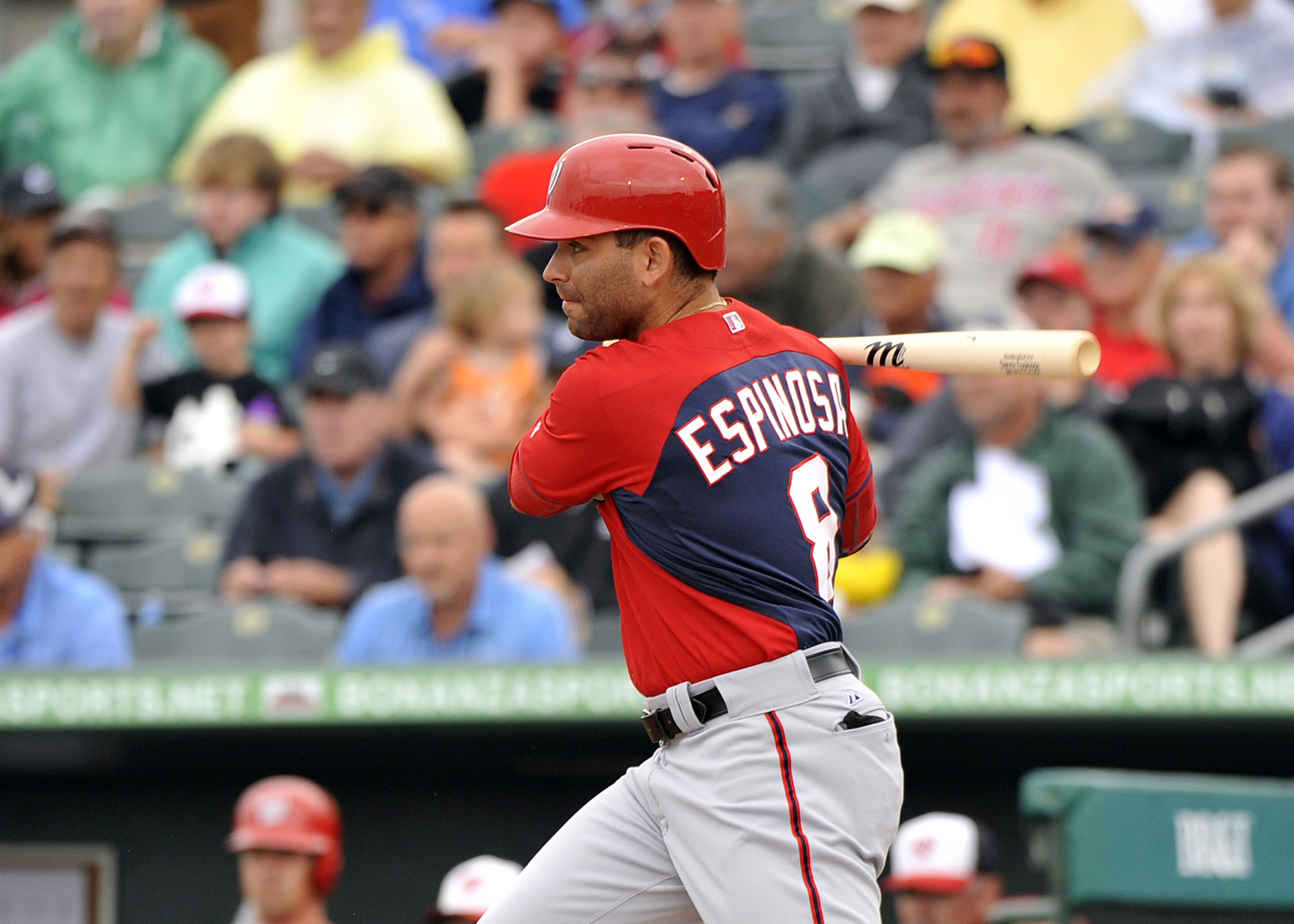 Williams wasn't here to watch Espinosa's struggles in 2013, and even before then, so outside of the numbers and what he can learn from his coaches, his opinion is based on what he's seen from the switch-hitting infielder so far this year.

"All I know is what I've seen in spring," he said Monday. "And from Spring Training, he swung the bat really well. And his approach is good and his patience is good, so it was good for him. Good to see."

It was a good start to the 2014 campaign after a season Espinosa would probably prefer to forget.