Jayson Werth's eighth inning grand slam won it for the Washington Nationals, but it took a team effort to overcome a tough start by Jordan Zimmermann and beat the Miami Marlins 10-7 in Nationals Park. Matt Williams talked about the comeback...

The Washington Nationals found themselves in a 5-0 hole early in the second game of three with the Miami Marlins in Nationals Park. Jordan

Zimmermann, who was lights out at home in 2013, was also (4-0)  in his last five starts against the Nats' NL East rivals going back to the All-Star Break in 2012. But he was knocked out after just 1 2/3 IP, having given up seven hits, two walks and five runs, all earned in the shortest outing of the 27-year-old right-hander's six-year major league career.

"[Zimmermann] just struggled with his command. They came out swinging too. So they were really aggressive early..." - Matt Williams on Jordan Zimmermann's brief outing

"He just struggled with his command," Nationals' Manager Matt Williams told reporters after his team battled back for what ended up being a dramatic 10-7 win. "They came out swinging too. So they were really aggressive early in the game, pushed a couple across in the first inning, but [Zimmermann] just wasn't crisp tonight with his command."

Relievers Craig Stammen, Ross Detwiler, Drew Storen, Tyler Clippard and Rafael Soriano followed Zimmermann on the mound, with Storen and Clippard each giving up a run. Stammen and Detwiler, the team's left and right-handed long relievers, came through for the Nationals in a tough spot and earned a nod from their manager after the game.

"Any time your starter doesn't give you certainly what he expects or get deeper into the game and you have to use your bullpen, our luxury is you have two guys who can do that," Williams said. "One from each side. That's the difference in the game. They just fought tonight, which is good."

The Nationals kept fighting at the plate too.

Bryce Harper, who entered the game 4 for 25, struggling to find his timing at the plate, found it in a big way in a 10-pitch at bat against Miami's starter Brad Hand in the fourth.

With two runners on in front of Harper after singles by Adam LaRoche and Ryan Zimmerman, the Nats' 21-year-old outfielder started down 1-2 to the Marlins' lefty. Harper fouled off four two-strike pitches and worked the count full then flat-out launched a 94 mph fastball low and inside to right for a three-run home run that made it a 5-3 game and woke the nation's capital up.

The Nationals added a run in the fifth when Anthony Rendon tripled and scored on a Jayson Werth groundout to cut the Marlins' lead down to one run at 5-4.

Ryan Zimmerman doubled in the sixth and scored on a swinging bunt by Ian Desmond to tie things up at 5-5 and Desmond scored from third on a chopper back to the mound by Jose Lobaton that Marlins' reliever Dan Jennings misplayed.

The Marlins weren't done, however, as they battled back with runs in the seventh on a Jarrod Saltalamacchia home run off Storen and the eighth when Garrett Jones doubled to drive in Christian Yelich.

With Miami back up 7-6, the Nationals once again rallied, this time against veteran reliever Carlos Marmol, who hit Nate McLouth with one down, gave up a bunt single by Denard Span and walked Anthony Rendon intentionally to load the bases in front of Werth...

Stammen on if Jayson Werth got mad after intentional walk: "Knowing Jayson, if a pitcher looks at him wrong he’ll take that personally"

Werth stepped in and hit an 0-1 fastball from Marmol out to left field and into the visitor's bullpen, giving the Nationals a 10-7 lead with his first home run of the year.

Asked about the intentional walk to Werth, Williams suggested the Marlins were looking for an inning-ending grounder.

The Marlins didn't get the double play they were after out of Werth, who got all of the fastball from Marmol. 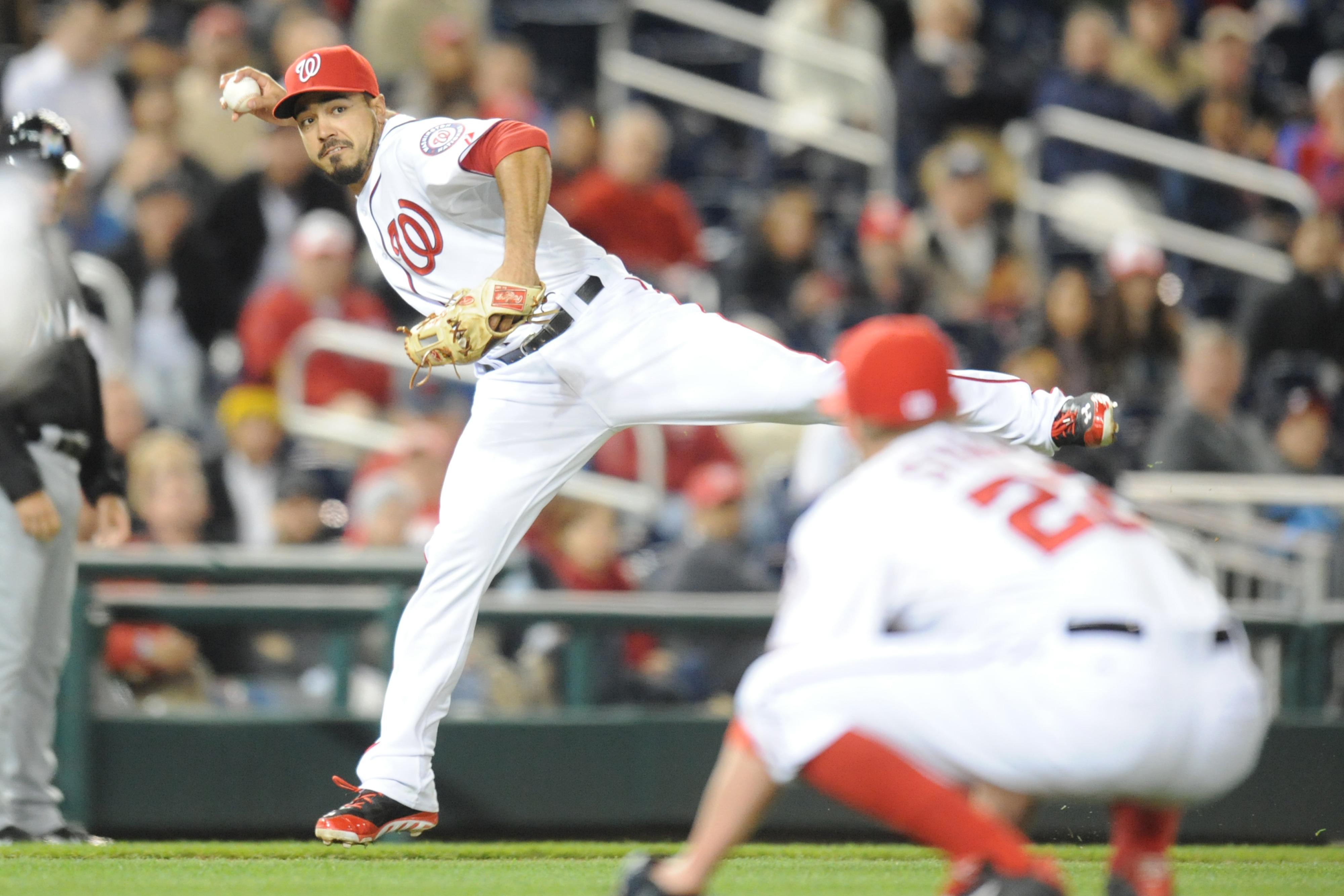 "It was a crazy game," the Nats' 34-year-old outfielder told MASN's Dan Kolko after the game. "See-saw battle. Long game, and I'm just happy we ended up on top. It was kind of a game you want to win. We come back and battle like that, it was a good one."

"We'll be back here tomorrow if anybody's interested," Werth said before the interview ended.