Nationals' Manager Matt Williams on Adam LaRoche getting thrown out at home, stalling for replays

Washington Nationals' skipper Matt Williams has done it a few times this season. Atlanta Braves' manager Fredi Gonzalez did it a few times last night. Managers are taking their time talking to umps while coaches review plays. Will the practice continue?

Share All sharing options for: Nationals' Manager Matt Williams on Adam LaRoche getting thrown out at home, stalling for replays

Washington Nationals' first baseman Adam LaRoche is not known for his speed. His seventh-inning single last night was his second hit of the game and his 13th in 36 at bats early this season. Through 10 games in his eleventh major league season and the second year of the 2-year/$24M he signed in January of 2013, the 34-year-old slugger has a .361/.477/.583 line with two doubles, two home runs, eight walks and six Ks. LaRoche advanced to second base after his two-out hit on a Ryan Zimmerman walk in what was then a 5-5 game in the top of the seventh inning in Atlanta, Georgia's Turner Field.

"It took a sliding play by [Evan] Gattis and a perfect throw to the pitcher, and we're looking to score a run there..." - Matt Williams on Adam LaRoche trying to score from 2nd on WP

With Bryce Harper at the plate, Braves' reliever Jordan Walden bounced a pitch that hit catcher Evan Gattis and bounced into foul territory down the third base line. LaRoche hustled over to third and kept on running attempting to score from second as Gattis tracked the ball down and Walden made his way in to cover home.

Gattis recovered the ball, threw to the covering pitcher and Walden tagged LaRoche before he reached home plate.

The Nats' first baseman didn't argue the call, but Nationals' manager Matt Williams came out to challenge it, taking the chance that the replay would show something Johnson missed. Upon review, the call stood.

"It took a sliding play by Gattis and a perfect throw to the pitcher, and we're looking to score a run there," the Nats' skipper said when asked after what ended up a 7-6 loss to the Braves if he was okay with LaRoche trying to score from second on the play.

"The only question I have with it," Williams continued, "is can the pitcher actually block the plate? We talk about the catcher all the time, so the question they asked me when I appealed was, 'Are you appealing him blocking the plate? Or are you going to appeal safe or out at the plate?' I didn't see him block the plate, but I guess anybody can block the plate. But is it officially a pitcher, can they do that? Is that within the rules, I don't know if we've talked about it."

"He wasn't blocking it anyway," Williams admitted. "I didn't see him step in front of the plate, so we had just appealed the out/safe call."

The Nationals lost the challenge in a game that was full of conversations between the managers and umpires, most of them between the Braves' Fredi Gonzalez and umpire Angel Hernandez. Early in the process of working with the new replay rules, it's a trend that's developed. Managers have shown a tendency to walk out and talk to the umps as their coaches look at plays, stalling long enough for a decision on whether or not to challenge a call is made.

Matt Williams talked about what those conversations are like last week when a reporter asked about the Nats' skipper going out for a few chats during the Nationals' homestand.

"We talk about the weather," Williams said. "We talk about, 'Hey, how is the family? How was your winter? Boy, my ankle really hurts...'" - Matt Williams on talking to umps while stalling

"We talk about the weather," Williams joked. "We talk about, 'Hey, how is the family? How was your winter? Boy, my ankle really hurts, we played fungo golf today with the coaching staff and I'm sore.' Stuff like that and the [Bench Coach] Randy [Knorr] gives me the thumbs up or thumbs down and I say, 'Okay, have a nice evening,' and come back. That's about it."

Fredi Gonzalez didn't seem too interested in participating in polite conversation with Angel Hernandez, but he made a few trips out to stall long enough to find out if he should challenge some on-field calls.

Will MLB try to stop this practice? Is it a flaw in the new rules? Williams said no when he was asked this week.

"That's within the rules now," he said. "We can go out there and ask them to please take another look. They can deny, depending on what the play is, but they can deny and say, 'No, we got it right on the field,' and I or any other manager can say, 'Well, okay, well then we're going to challenge that.' Depending on the situation, depending on the play, state of game, whether you've used it before or not. All of those things come into play. But a flaw? No, I don't see a flaw in it. I think that it's available to all of us to use if we want to use it and to not if we don't." 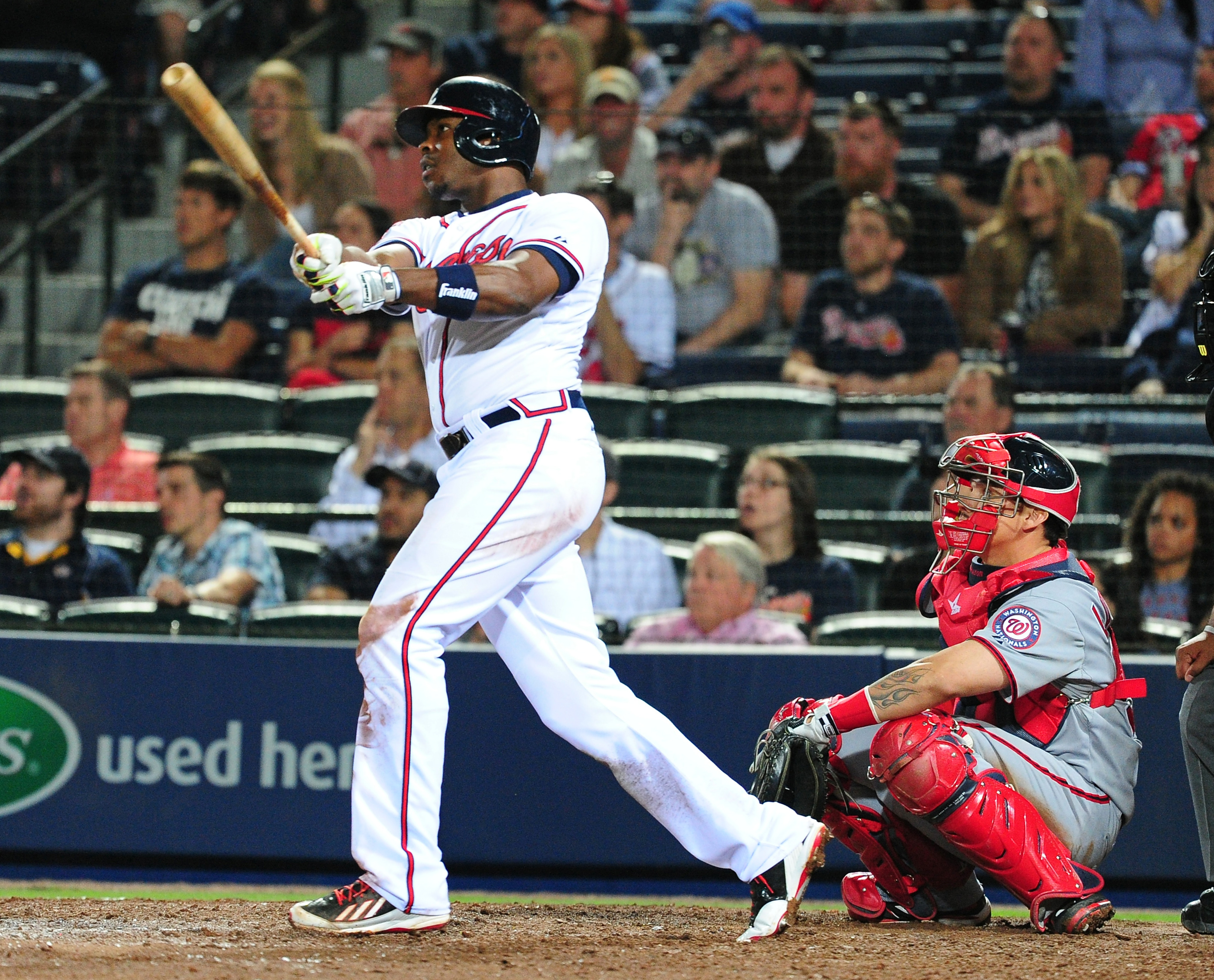 "For the most part, the umpires have been encouraging of us to come out there and talk about it. They've been encouraging among themselves to take a second look, because ultimately they want to get it right. But I don't think it's a flaw necessarily."

Those delays in play were just some of the strange happenings in last night's extra inning affair.

"Players trying to score from second," Williams said. "Guys running into each other in the middle of the infield, yeah, strange. But you've got to play them, this is baseball, so we had a chance and we'll take that every day."

The Nationals and Braves are at it again at 7:05 pm EDT tonight.

• We talked about the stalling by managers, the Nationals' loss to the Braves and more on Nats Nightly: