A fractured right thumb is going to cost Ryan Zimmerman 4-6 weeks. With Zim out of the lineup, Anthony Rendon will play third with Danny Espinosa at second. Zach Walters was called up today too but Matt Williams said it's, of course, not ideal to be without Zimmerman...

When Ryan Zimmerman was dealing with inflammation in his surgically-repaired right shoulder last week and when he left last night's game after fracturing his thumb, former Rice University third baseman Anthony Rendon took over at the hot corner with Danny Espinosa coming off the bench to take Rendon's place at second.

"Certainly never want to miss somebody like Zim for that amount of time, but it is what it is an there's nothing we can do about it now except play." - Matt Williams on injury to Ryan Zimmerman

While admitting it is nice to have those options, Matt Williams told reporters last night, after the Nationals' 6-3 loss to the Atlanta Braves, that it was obviously not ideal to have Zimmerman out of the lineup for a length of time estimated right now to be about 4-6 weeks.

"Yeah, it's not our first choice, certainly," the first-year skipper and former major leaguer said. "The fact that they can play multiple positions is good in times like this. Certainly never want to miss somebody like Zim for that amount of time, but it is what it is an there's nothing we can do about it now except play."

Zimmerman told reporters including The Washington Post's James Wagner this morning that he thought he would avoid surgery on his injured thumb, but he will be out of the lineup for a few weeks:

Ryan Zimmerman positive with thumb in a splint. No surgery, just rest but will see hand specialist Monday as precaution. "A freak accident."

The Nats' loss to the Braves last night was their fourth in five games so far in 2014 and their 17th in the last 24 games between the NL East rivals in the past two seasons.

"We create those chances for us and we'll take that every day if we have that amount of opportunity..." - Matt Williams on Nats going 1 for 16 w/ RISP last night in ATL

The Nationals fell behind 4-0 early in Turner Field last night, but there were chances throughout for them to get back in the game. Ultimately, however, they were unable to cash their opportunities in, going 1 for 16 with RISP and leaving 11 runners on base in what ended in a three-run loss in Atlanta.

"We create those chances for us and we'll take that every day if we have that amount of opportunity," Williams said after the game, stressing the positives. "It didn't happen tonight, but the fact that we were doing that is a good thing."

Nationals' starter Taylor Jordan was hit hard early, giving up four runs on five hits in the first but saving the Nationals' overworked bullpen some stress by hanging around and only giving up one more run in his five innings of work on the mound, so Williams stuck with the 25-year-old right-hander in spite of his struggles.

"He had to pitch for us tonight," Williams explained. "They jumped out in the first, but he settled down and got us through enough to go to Blake [Treinen]. It's not ideal, but at least he got us through." 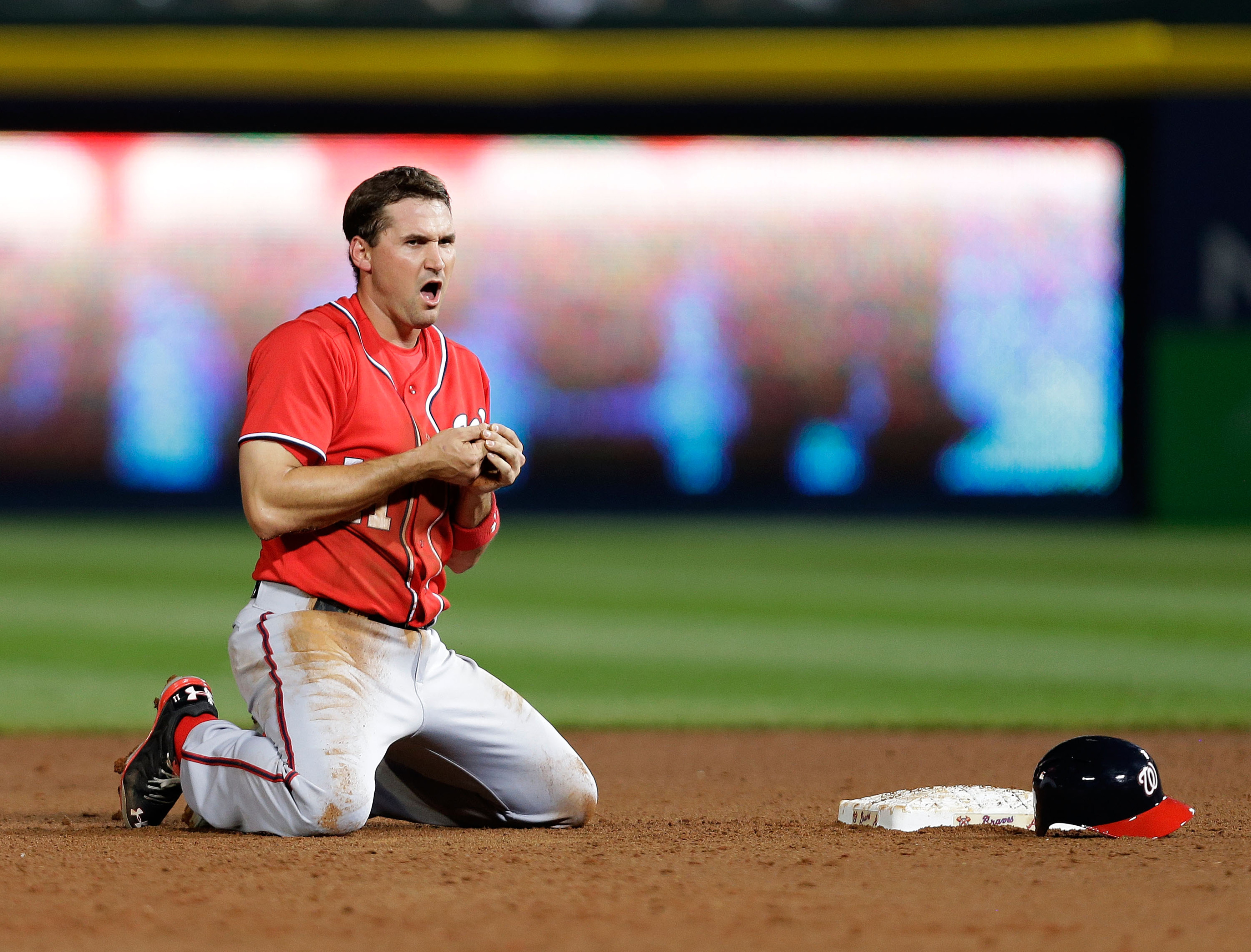 As for what Jordan's problem was, Williams said it was simple, the ground ball pitcher was up in the zone against a hard-hitting Braves team that made him pay for his lack of command.

"Just balls left out over," the Nats' skipper said. "They hit some balls to the alley and to the wall and it happens, they're a good fastball hitting club, and if you don't put the ball where you want to then that can happen."

• Here's the Nationals' lineup for the series finale with the Braves:

• AUDIO: We talked about Jordan's struggles, Zimmerman's injury and the depth that the Nationals are having to call upon early this season with Dave Nichols from the District Sports Page and guest Chase Hughes from CSN Washington and NatsInsider.com last night after the Nationals' 6-3 loss to the Braves. Check out the latest edition of Nats Nightly below: