After two less-than impressive starts, Washington Nationals' right-hander Jordan Zimmermann looked more like himself last night in Miami, giving up two runs on six hits in seven innings of work in a 9-2 win over the Marlins who knocked him out in 1 2/3 last week.

Jordan Zimmermann was coming off the shortest start of his major league career.

The Washington Nationals were coming off a three-game sweep at the hands of the Atlanta Braves.

Last night in Miami, both the 27-year-old right-hander and his Nationals teammates rebounded in a 9-2 win over the Marlins in which they were 4 for 17 with runners in scoring position with 19 total hits and 11 extra base hits including six doubles, three triples and two home runs.

"That was a tough weekend. But they came out today, they responded. They played well. They played hard." - Matt Williams on Nats rebounding from tough losses in Atlanta

"That was a tough weekend," Nats' skipper Matt Williams said after the win in Marlins Park which followed three straight losses in Turner Field. "But they came out today, they responded. They played well. They played hard. That's a good thing."

Zimmermann went seven strong against Miami, giving up six hits, a walk and two runs while striking out seven and throwing a total of 93 pitches on the night against a Marlins team that knocked him out after 1 2/3 IP last week in the nation's capital. Zimmermann's command wasn't their in Nationals Park, but last night he was locked in.

"Really good heater tonight. Threw to both sides of the plate. Used his slider and his changeup a lot tonight too, but everything was off the fastball..." - Matt Williams on Jordan Zimmermann vs Marlins

"Really good heater tonight," his manager said. "Threw to both sides of the plate. Used his slider and his changeup a lot tonight too, but everything was off the fastball, which is what he does best. So, he was good. He was aggressive."

Williams said he could have sent Zimmermann back out for more work in the eighth, but he decided to turn it over to the bullpen at that point. "It's not hot out there," he explained, "but it's humid tonight. So, we could have sent him out for an additional inning, but thought it was appropriate to get him out of there and get Blake [Treinen] in the game."

Treinen, 25, in his second major league appearance, threw two scoreless against the Marlins, walking one and striking out three, including Giancarlo Stanton with two on and no one out in the eighth, in what ended up a 33-pitch outing.

Nationals 9-2 over Marlins: Zimmermann bounces back 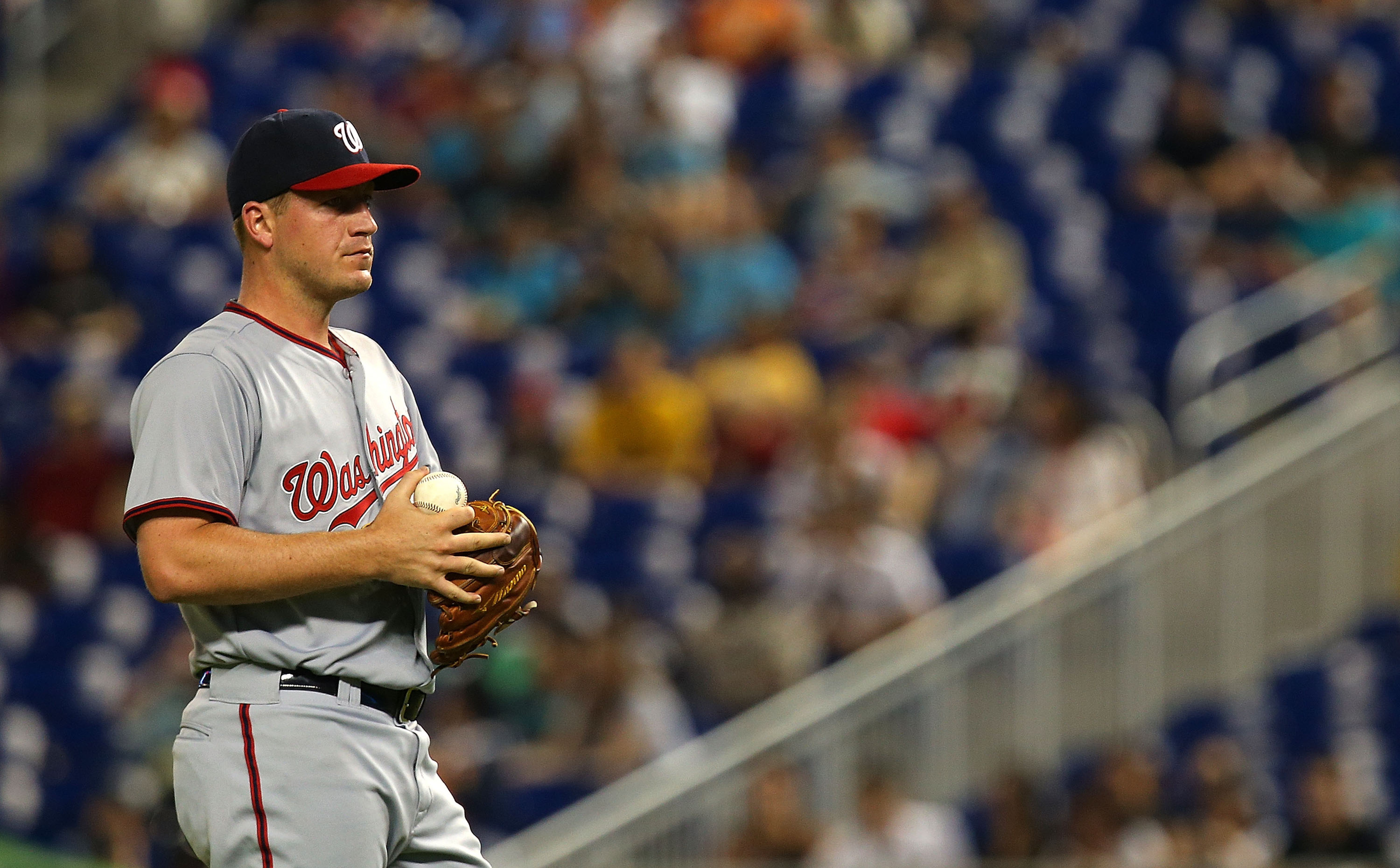 The first time out he was a day removed from being scratched with flu-like symptoms and he didn't look like himself in the time he was on the mound in his second outing.

"The first start was an aberration because he's sick," Williams explained last night.

"And the second start his command wasn't there. To match those innings in this start, a little bit of an aberration, but he threw the ball great."