"We'll take our chances with that many guys out there every night," Matt Williams said after his Washington Nationals went 0 for 16 with runners in scoring position in last night's loss to the San Diego Padres. It 4 hours and 14 minutes to decided this one.

Share All sharing options for: Nationals end up 0 for 16 with runners in scoring position in 4-3 loss to Padres

The Washington Nationals wasted plenty of chances to beat the San Diego Padres in what ended up a 4-3 loss in the series opener in the nation's capital. At the end of last night's extra innings affair, however, they came up short, with 16 hits, 12 of them singles, two of them doubles, two home runs, but not one with runners in scoring position.

When it was over, the Nationals were a startling 0 for 16 w/ RISP, a record for futility as NatsInsider.com's Mark Zuckerman wrote last night, that is unmatched in the history of the franchise, which in MLB's eyes goes back to the 1969 Montreal Expos.

"We hit some balls hard. And right at people. So, just keep doing that. Just keep doing it..." - Matt Williams on Nats going 0 for 16 w/ RISP

The Nats had all the chances they could ask for, but were unable to cash them in and after twice getting a runner on second with no outs in extra innings, they finally lost when the Padres did what they couldn't and drove a runner in from third with a two-out RBI single by Xavier Nady putting San Diego ahead in what ended up being a 12-inning, 4 hour and 14 minute exercise in offensive inefficiency.

"The last play of the game," Nationals' Manager Matt Williams said afterwards, referring to the game-ending line drive in the bottom of the twelfth on which Jose Lobaton lined out to short with Bryce Harper breaking for third only to get doubled up when Everth Cabrera made a lunging catch, "Desi's ball to right with two out and second and third. We hit some balls hard. And right at people. So, just keep doing that. Just keep doing it and if we give ourselves that many opportunities, we're going to score runs. Didn't happen tonight, but..."

"Man on second, nobody out, you certainly want to advance him to third..." - Matt Williams on wasted opportunities in 10th and 12th

The Nats' first-year skipper has stressed repeatedly that if his players keep generating these opportunities, they're bound to score more runs, but last night it wasn't the case. Particularly frustrating were the chances the Nationals wasted in extra innings. Twice they put runners on second base with no outs and twice they came up empty against relievers Tim Stauffer and Huston Street.

Nats' catcher Jose Lobaton doubled to left off Stauffer in the bottom of the tenth, but three at bats, and three strikeouts later, the former Tampa Bay Rays' backstop was left standing on second base with the score still knotted up at 3-3.

Bryce Harper doubled off Street to start the 12th after the Padres pushed the go-ahead run across on Nady's single in the top of the inning, but Harper was then doubled up to end the game.

"Opportunities are there," Williams said, "it didn't happen. Just keep providing ourselves those opportunities, it will happen for us." 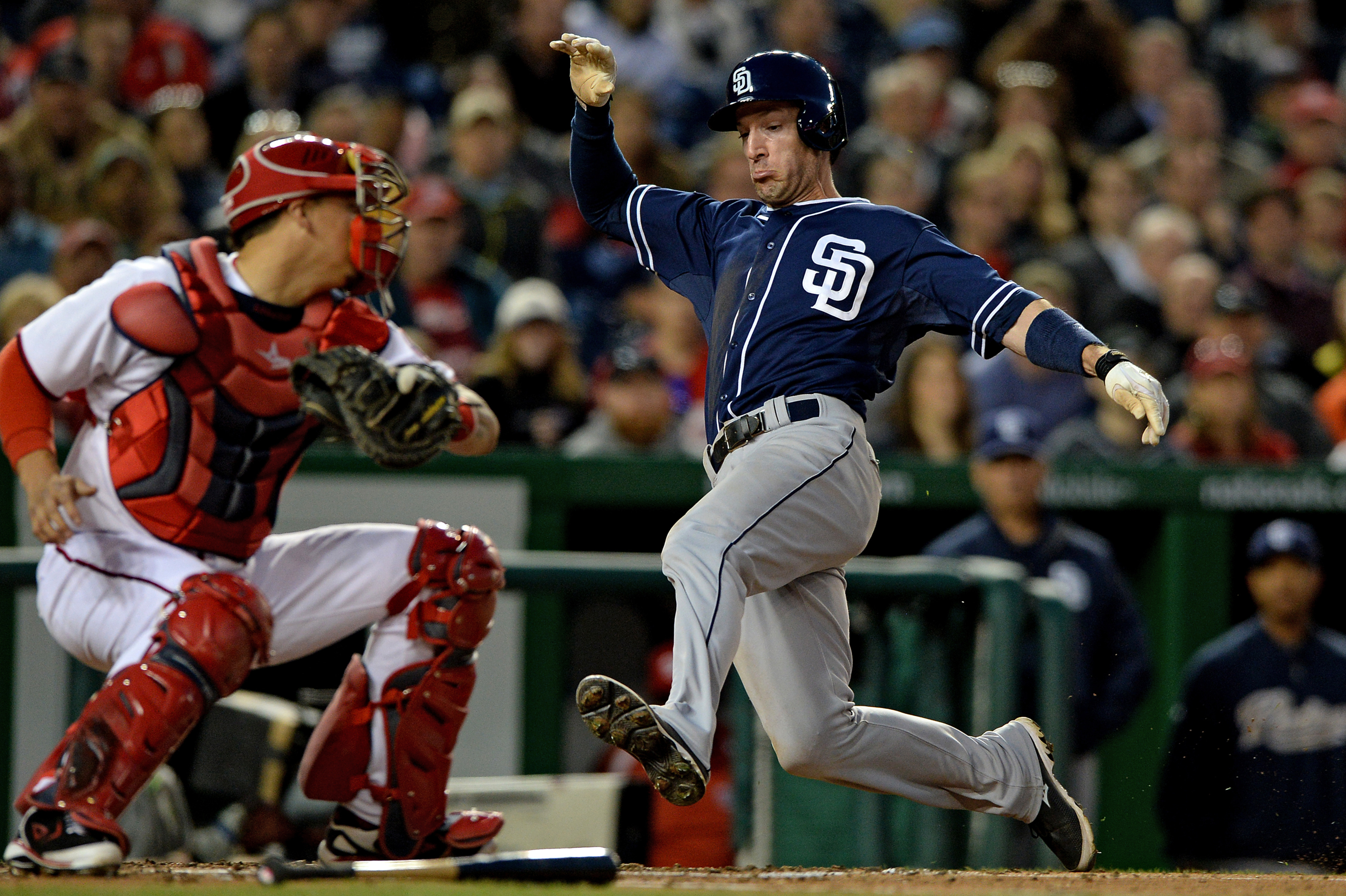 Before Lobaton lined into the game-ending double play, Tyler Moore, like Zach Walters, Denard Span and Anthony Rendon before him in the 10th, failed to make contact with a runner on second and no outs, striking out with Harper standing impatiently at second.

"Man on second, nobody out, you certainly want to advance him to third," Williams told reporters, but neither Walters or Moore were able to make contact and neither seemed to consider bunting the runner over.

"Zach's up there looking for a ground ball to second base and [Stauffer] ended up striking out the side, so it wouldn't have mattered anyway, moving him over," Williams said.

"Then in the last inning, against their closer, [Street], he's kind of the same guy too. Real good changeup and [Lobaton] put a nice at bat on him, just happened to be right at [Cabrera at short]. There was opportunity."

"Again," Williams reiterated, "it's part of the game and it is the game and we'll take our chances with that many guys out there every night."

"That's kind of been the case for us. We've had a lot of opportunities so we'll take our chances with that."

• We talked about the Nationals' 0 for 16 night w/ RISP at midnight last night. Here's the latest edition of Nats Nightly if you missed it: