Washington Nationals' third baseman Ryan Zimmerman is not in the lineup for tonight's series opener with the Miami Marlins, but Nats' skipper Matt Williams said Zimmerman threw today from a 3/4 arm slot and felt fine afterwards, so he could return soon.

Washington Nationals' Manager Matt Williams' comments at an appearance on Monday at 106.7 The Fan’s Q&A-style "Chalk Talk" event in the Arlington Cinema & Drafthouse made some headlines when he talked about the difficulties brought about by the fact that 29-year-old third baseman Ryan Zimmerman was dealing with soreness in his surgically-repaired right shoulder. Zimmerman left this Saturday's game because of the issue, but an MRI on Sunday showed no structural damage, only inflammation in the shoulder.

On Monday night, Williams talked about the state of Zimmerman's shoulder.

"I think it's a question of semantics," Williams said. "Degenerative as opposed to arthritic. We all know that he's had some issues in there..." - Matt Williams on public comments on Ryan Zimmerman's shoulder

"'Would I like Ryan to play third?’" he asked rhetorically. "'Yea, I would. For a long time? Yes. But the fact of the matter is, Ryan’s got an arthritic shoulder.'" In clarifying those comments this afternoon, Williams said he may have made a poor choice in the wording of his answer.

"I think it's a question of semantics," Williams said. "Degenerative as opposed to arthritic. We all know that he's had some issues in there, so, the word 'arthritic' I don't think should be taken literally as a result of his MRI or as a result of any changes in his shoulder as of late or this year as opposed to last year. It's just a question of me saying the wrong word.

"So, degenerative things in there, certainly taken care of with surgery and addressed with rehab and all of that so, probably the wrong word, but chalk it up to one of many that I'll probably say."

Zimmerman was on the field early this afternoon as the Nationals prepare to take on the Miami Marlins in a three-game set in Nationals Park, but he was not listed on the lineup card when it was released this afternoon. While working out at third, Zimmerman was using a different arm slot, more of a 3/4 arm slot than an overhand motion. Williams explained it was an attempt to find a comfortable throwing motion.

"We're just trying to take a little pressure off of it, so get him a different slot so he feels comfortable working through any soreness that he may have." - Matt Williams on Zimmerman trying different arm slot

"We're just trying to take a little pressure off of it," Williams said. "So get him a different slot so he feels comfortable working through any soreness that he may have. It's a little less stressful on his arm to be down there. But it's a question of him getting used to it too on a routine play where the ball is just hit right to him and he has time to throw it across. They're not all routine plays, but for that one, just to get him working on a little bit different slot for him to be a little more free with his shoulder so he doesn't feel that pinch or that discomfort in there."

Williams said he wasn't quite sure why a more over-the-top arm slot was causing the issue.

"All I know is that when he's down there a little bit lower, it's not painful," he told reporters. "And it's not [causing] any discomfort for him. So that's probably the first step. Working through this and having him be sore, we want to take that away as much as we can, so we'll continue to address it and he'll continue to work on it. It's a different slot though, so it's a different feel for it."

The altered arm slot, Williams explained, is more like the one Zimmerman uses when he's on the run across the infield.

"He hasn't been throwing from down there -- it's not really underarm, it's a little more just 3/4 as opposed to over-the-top..." - Matt Williams on Ryan Zimmerman's adjusted throwing mechanics

"He does it on the run naturally," the Nats' skipper said, "because that's kind of the play you have to make. He hasn't been throwing from down there -- it's not really underarm, it's a little more just 3/4 as opposed to over-the-top. But it's an adjustment and our concern right now is for him to take pressure off the shoulder as much as possible in that regard so he doesn't feel any discomfort. And today he reported none doing that, so we'll continue to work on that."

Asked how realistic it was to expect that Zimmerman, if he feels no discomfort, could return to the lineup as soon as tomorrow, Williams said it was "very realistic."

"If he comes in tomorrow and feels good," Williams explained, "then I'm going to put him in there. We need him to play third for us. He's a vital piece of this team. Middle of the lineup and fantastic hitter and fantastic defender so we want him to play every day."

Zimmerman, of course, took four cortisone shots during the 2012 campaign in order to stay on the field during the Nationals' run to the NL East title. Williams said today, however, that having another shot in the shoulder is not something that's been discussed thus far.

"It wasn't [discussed] at all," he said. "And I don't think we're there yet. He worked through Spring Training. He had a little bit of soreness in Spring Training and we gave up a couple of days, three days off and he worked through it and he was fine. Then we get back to the cold weather and he had a little discomfort in there. So a couple of days off and if he reports tomorrow that he didn't have any issue then he's good to go.

"We'll have to continue to monitor it and make sure that moving forward that he's feeling okay. Hopefully a little bit different arm slot will help that too and we won't have to go there."

The changes the Nationals and Zimmerman are trying to make, Williams explained are not big ones. A different arm slot will hopefully allow the incumbent third baseman to remain at third and in the middle of the Nats' lineup. If the problems persist, they'll figure out how best to make use of him. 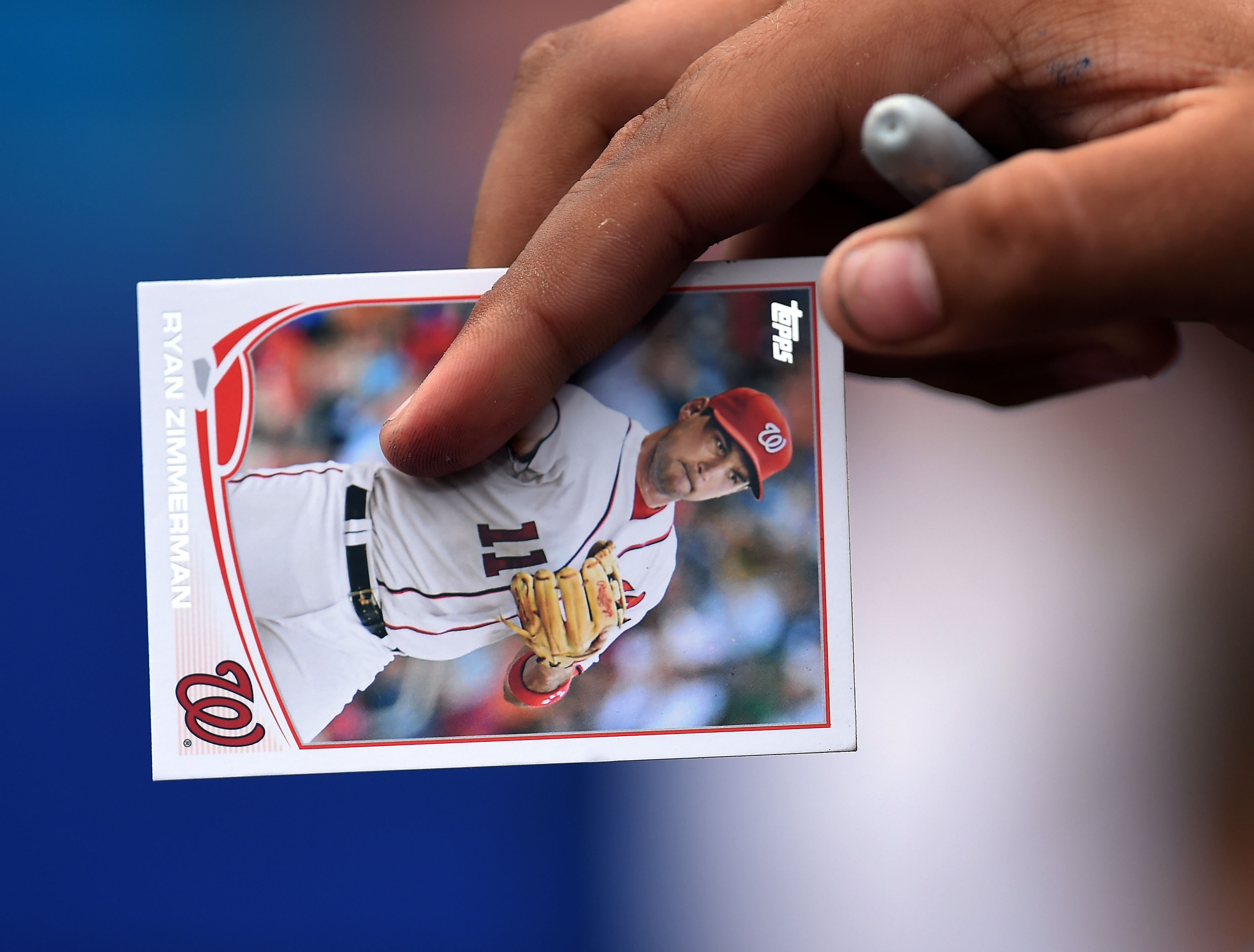 "We have to look at it and say, 'Alright, if in fact he's sore, where can we get him in the lineup?' So, that certainly points to Interleague play as the DH. It certainly points to playing some first base during the course of the season potentially. But we'll have to continue to just look at it. If he feels fine, he's going to play third. That's what he's done. He's won a Gold Glove over there, we have to keep that in mind. And he's pretty darn good at it. If he continues to feel fine, then that's where he'll be. If we have to make adjustments, then we'll do that. At this point, we just don't know those yet."