Stephen Strasburg started strong last time out against the Arizona Diamondbacks, retiring the side in order in the first in a seven-pitch frame that impressed D-Backs' skipper Kirk Gibson.

"Strasburg's got good stuff, boy," Gibson told reporters. "Came out firing. Seven pitches in the first inning. And he was rolling. We put some good at bats on him."

"Strasburg's got good stuff, boy. Came out firing. Seven pitches in the first inning. And he was rolling." - D-Backs' skipper Kirk Gibson on Stephen Strasburg

The Nationals' 25-year-old right-hander threw three scoreless innings in Chase Field, but gave up a leadoff double by Paul Goldschmidt and an RBI single by Miguel Montero in the fourth and a two-run double by Goldschmidt in the fifth for the only three runs he allowed in seven innings on the mound.

While he started strong in Arizona, Strasburg has, however, struggled out of the gate early this season.

Through nine 2014 starts, Strasburg's opponents have a .395/.409/.605 line against him in the first inning, and he's allowed 16 runs and three of the four home runs he's surrendered in the first two innings of his outings.

After the Marlins roughed the Nationals' '09 no.1 overall pick up in Strasburg's April 15th start in Marlins Park, Miami skipper Mike Redmond said his hitters were determined to attack early in the count.

"Guys were aggressive. He threw quite a few fastballs early in the count and we were ready for him." - Mike Redmond on Marlins' hitters facing Strasburg

"It seemed like we had a nice plan going," Redmond told reporters.

"Guys were aggressive. He threw quite a few fastballs early in the count and we were ready for him. And we got a couple breaks too. To win ballgames you've got to get a few breaks as well. But I liked our approach. I think we came out aggressive..."

Nationals' GM Mike Rizzo was asked this morning if he sees something different from Strasburg in the first inning that changes once he's settled in?

"No, I certainly don't notice anything different," Rizzo told 106.7 the FAN in D.C. hosts Grant Paulsen and Danny Rouhier. "He comes out and tries to establish his fastball and has thrown a lot of first-pitch fastballs and the other teams know who's pitching against them and they're attacking early."

As MASN's F.P. Santagelo noted during Tuesday's start, if Strasburg gets up 0-2, he's a nightmare to face.

"The thought process against [Strasburg]... is that you've got to get him early. You've got to hit his fastball." - Mike Rizzo on opposing teams' approach to Strasburg

"The thought process against [Strasburg], as I talk to other teams around the league," Rizzo continued, echoing what Redmond said about the Marlins' approach, "is that you've got to get him early. You've got to hit his fastball because if he gets ahead of you at two strikes, he's got two wipeout pitches to go to and it's really -- if you don't get him early in the count and early in an at bat he's very difficult to get."

"I just think that he's got to make better pitches coming out of the bullpen in that first inning," Rizzo said, "and his improvement in that phase the last couple of games has been fine. He's a guy that has extremely good stuff and he's a great major league pitcher."

Williams on Stephen Strasburg vs Bronson Arroyo and Paul Goldschmidt 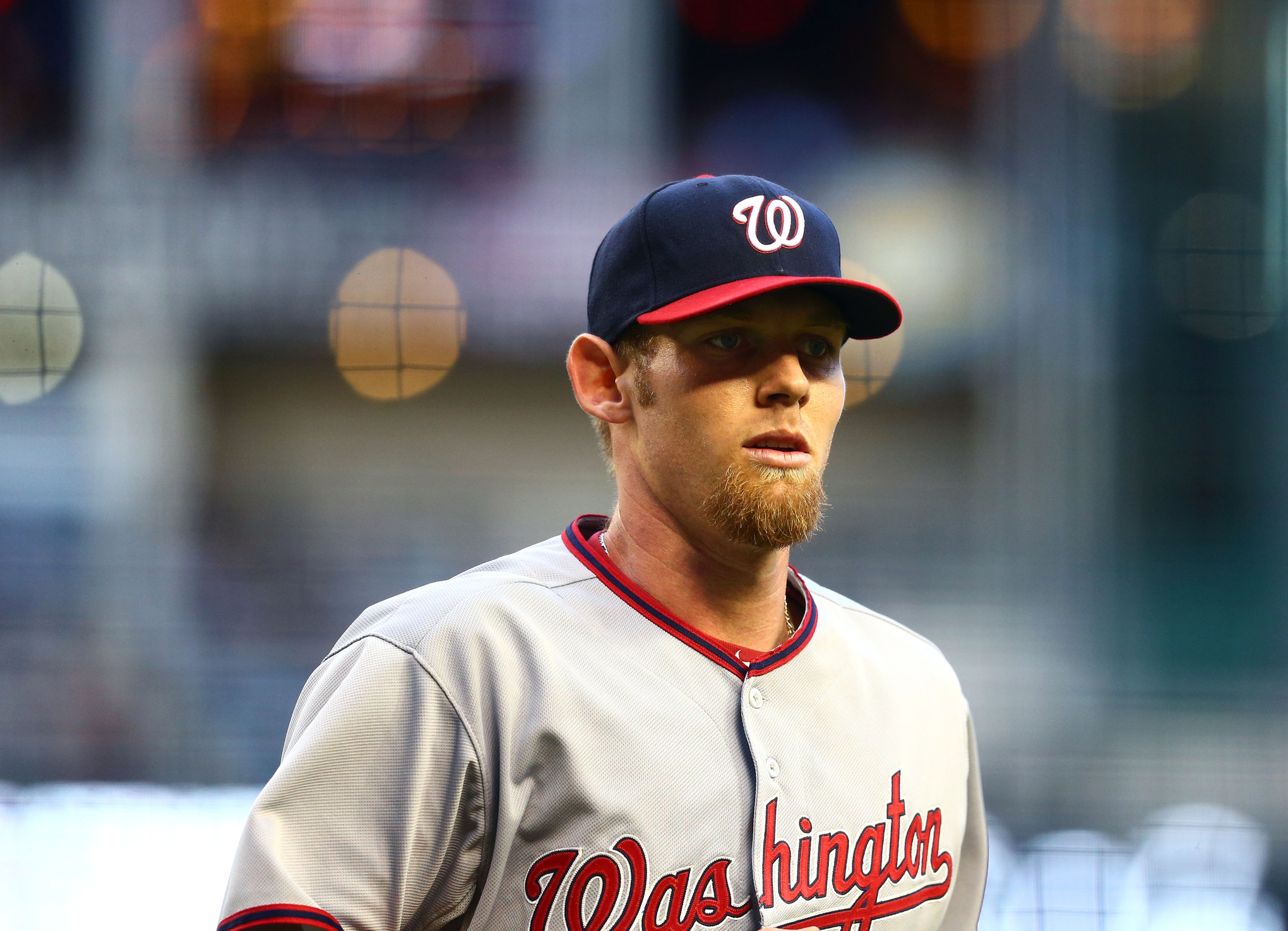 Since the short mid-April outing against Miami, Strasburg's thrown scoreless first innings in two of four starts. In the other two, he gave up five runs in two innings, three to the Phillies on May 2nd and two to the Los Angeles Dodgers on May 7th. The Nationals won both of those games though, when he threw five scoreless after the rough first in Citizens Bank Park and 6 1/3 scoreless after giving up two in the opening frame against LA.