The Washington Nationals took Andrew Suarez with their second-round pick, 57th overall, but failed to sign the left-hander, who opted to return to the University of Miami instead of joining the Nats' organization. Why didn't it work?

Washington Nationals' Assistant General Manager and VP of Scouting Operations Kris Kline was genuinely excited about getting left-hander Andrew Suarez with the Nats' second-round pick, 57th overall in this past June's edition of the amateur draft. Kline talked the pitcher up when he spoke to reporters about this year's picks after the second day's selections were completed.

"Big lefty. Physical kid. Up to 97 with a plus slider and a plus changeup that commands his stuff very well." -Kris Kline on Nats' 2014 2nd Round pick Andrew Suarez

"We got Suarez from the University of Miami who we love," Kline said. "Big lefty. Physical kid. Up to 97 with a plus slider and a plus changeup that commands his stuff very well."

Suarez entered the season ranked no.23 among college prospects by Baseball America two years after he underwent surgery to repair the labrum in his left shoulder after first suffering an injury in high school.

Kline explained after the selection that the shoulder issue was in the past and the Nationals were not concerned at all about Suarez's health when making the pick.

The procedure, Kline explained, was a, "... minor surgery when he was a freshman in college."

"The velocity has been there," he explained. "The secondary stuff is there. Everything is crisp. He throws strikes."

"We're never going to take a hurt guy, whether it's a guy like [first-round pick Erick] Fedde, or somebody that's going to require surgery unless we feel that he can get to the big leagues quick." -Kris Kline on Nats' top two selections this June

"Tremendous competitor," Kline continued. "He had a really good year this year. We're never going to take a hurt guy, whether it's a guy like [first-round pick Erick] Fedde, or somebody that's going to require surgery unless we feel that he can get to the big leagues quick. Suarez fits that criteria. And he's healthy right now. 100%."

The best-case projection for Suarez? "Middle of the rotation starter," Kline said.

All the Nationals had to do was sign the 21-year-old left-hander.

Several hours before last Friday's deadline to sign this year's selections, however, there was no deal in place and reports came out which said Suarez decided to return to college.

Before Suarez, the highest pick who didn't sign with the Nationals after Mike Rizzo took over as GM in 2009 was '09 5th Round pick pitcher Michael Pena, who was drafted twice, by the Nationals and San Diego Padres, before he finally signed with the Boston Red Sox after he was taken in the 6th Round of the 2011 Draft.

Suarez said the opportunity to return to college played an important role in his decision.

"'I'm really excited to come back to Miami,'" Suarez told ACC blog reporter Kevin Porterville after he and the Nationals failed to reach an agreement. "'First, I get to graduate with a college degree, which was the most important part of my decision to return. And I get to play in front of my family and friends for one more year, which is exciting.'"

"As far as the second round pick Suarez, he's sophomore-eligible at the University of Miami," Rizzo told 106.7 the FAN's Grant Paulsen and Danny Rouhier when asked about this week about the two sides failing to reach an agreement..

"We couldn't come to an agreement on his value. We had a value in our minds, he had a value in his mind and the numbers just didn't work." -Rizzo on Andrew Suarez on 106.7 the FAN in D.C.

The Nationals signed first-round pick Erick Fedde to an above-slot $2,511,100 bonus, but couldn't get a deal done with Suarez, who has two seasons of college eligibility left, giving him leverage again next June if he doesn't like what's being offered by whichever team selects him.

The Nats knew going in that they would be compensated with another second round pick in 2015 if Suarez didn't sign.

"The protection we have there is we will get that pick again next year," Rizzo said on 106.7 the FAN.

"So although we're disappointed that he didn't sign this year, next year at the draft time we'll be very excited that we have an extra second-round pick and we'll do the right thing by it and pick a quality player like we did with Suarez.

"It's a negotiation and sometimes you can't sign guys and there's reasons for it, but those are negotiations and we keep those things private." 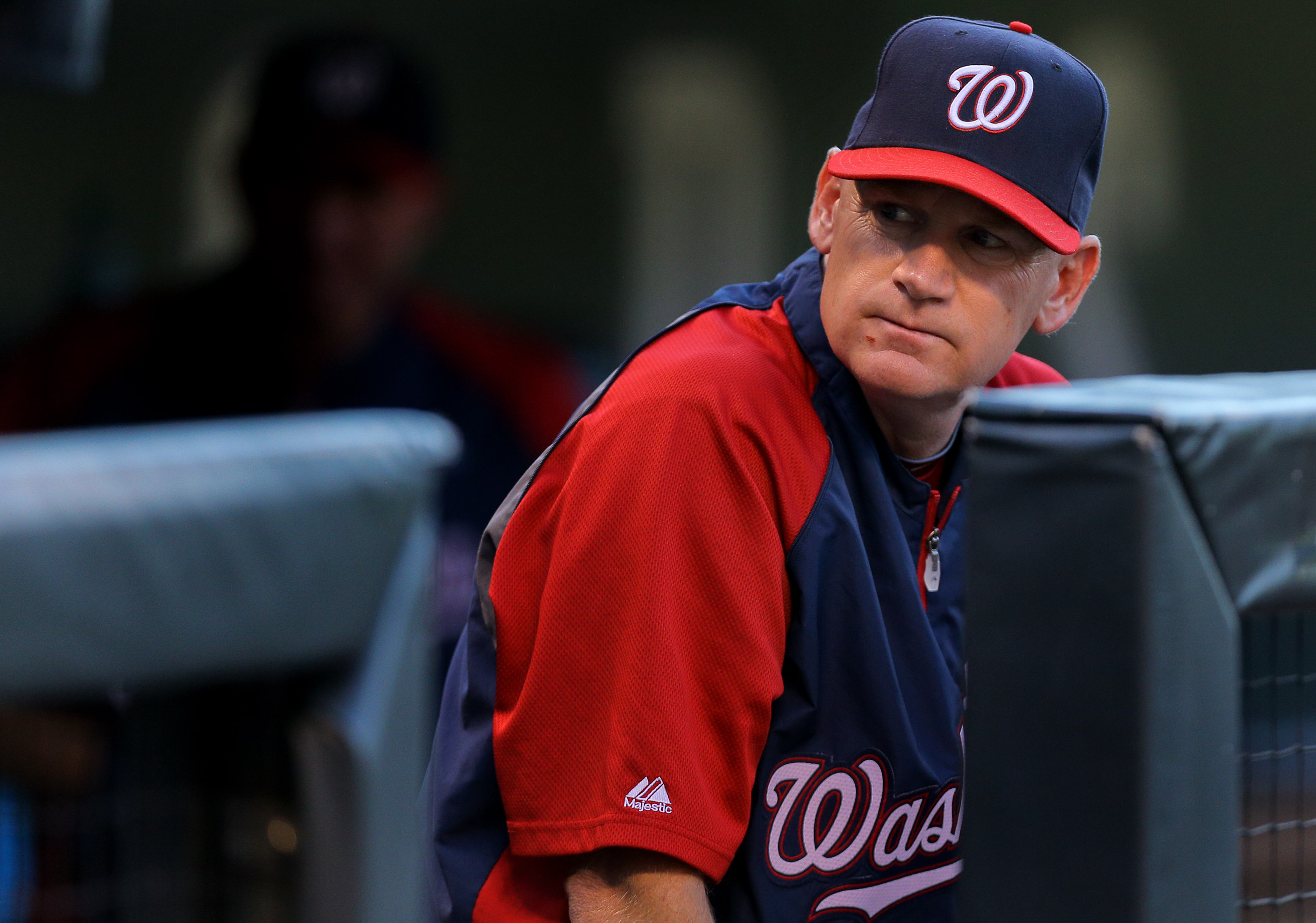 Suarez was more willing to share some of the details.

"'They said they were just going to offer me slot [value],'" Suarez told Miami Herald writer Susan Miller Degnan. "'I wasn’t going to sign for slot, and we didn’t agree in negotiations. And that was it, pretty much.'"

The Nationals will have two second-round picks in 2015. The Nats gambled that they could get a bargain on a pitcher they liked in the second-round. Suarez will gamble on his ability to return to Miami, earn his degree and get selected higher either next June or in 2016.