Where should Asdrubal Cabrera hit with the Nationals?

From what Washington Nationals' skipper Matt Williams has said, the Nats' new infielder, Asdrubal Cabrera will be the everyday second baseman, but where is he going to hit in the Nationals' lineup? Second? But that's Anthony Rendon's spot!!

Share All sharing options for: Where should Asdrubal Cabrera hit with the Nationals?

Washington Nationals' skipper Matt Williams described Asdrubal Cabrera, after the 28-year-old infielder was acquired from Cleveland yesterday, as an "everyday" player, who will switch back over to second in D.C. after playing short for the past few years with the Indians.

"He's going to play second and jump right into our order for us. Nice to have that switch-hitter for sure. And he'll be a great add..." - Matt Williams on Asdrubal Cabrera on MLB Network Radio

With Ryan Zimmerman out of the lineup earlier this season when he fractured his thumb and again this past week when he injured his hamstring, Danny Espinosa has played second for the Nationals with Anthony Rendon shifting back over to third, but from what Williams has said thus far, it sounds like Cabrera will be the Nats' everyday second baseman going forward, though he could see time at short if/when Ian Desmond actually sits.

"'He’s an everyday player," Williams told reporters, including NatsInsider.com's Mark Zuckerman and Chase Hughes. "He is a guy that’s been in pennant races, he understands that. He understands the pressures of this time of year and getting to where you want to go. He will be a welcome addition for us and we’ll plug him right in as soon as we can get him here."

So, Cabrera is going to play second. And...

"That would be the manager's decision," Rizzo said. "We're not going to get into that. I haven't told Matt what to do one time so far this season."

Rizzo wasn't going to say where Williams should hit Cabrera, but when the question was rephrased, he was willing to say which spot was best for the infielder.

"I can go so far as to say he's hit second in the lineup the majority of his career," Rizzo explained, "but he's a flexible hitter. He's hit up and down the lineup, we've checked it out, throughout his career, second mostly, he's hit fifth at times, he's hit eighth a couple of times, so we're just going to see where he fits in best and where he's comfortable and where he can protect some hitters and be a protector in himself."

Williams discussed the possibilities with reporters before Thursday afternoon's game as quoted by the Washington Post's Adam Kilgore:

"'I certainly like Anthony hitting second,' Williams said. 'There’s options there, though, with the ability the switch-hit in the two hole. On any given day, we can shoot Anthony to the five hole if we need to. I think there’s flexibility all over there.'"

... but Williams talked this morning in an interview on the MLB Network Radio show "First Pitch" about what sort of player the Nationals added at the deadline.

Williams on Asdrubal Cabrera: "He'll play second base mostly for us, he'll play a little bit of shortstop too." "He'll be a great add."

"Some switch-hitting capabilities, little bit of power from both sides," Williams said.

When the Nationals' GM spoke to reporters after the deadline passed Thursday afternoon, he broke down how the trade came about and why Cabrera was the right player for the Nats.

"We started talking several days ago and kind of exchanging names," Rizzo explained, "exchanging our different platforms and that type of thing and as we worked through a couple of other opportunities and trades that we thought about, we felt that this one worked out the best for us, not only in the performance of the player that we got back, but the player that we were giving up." 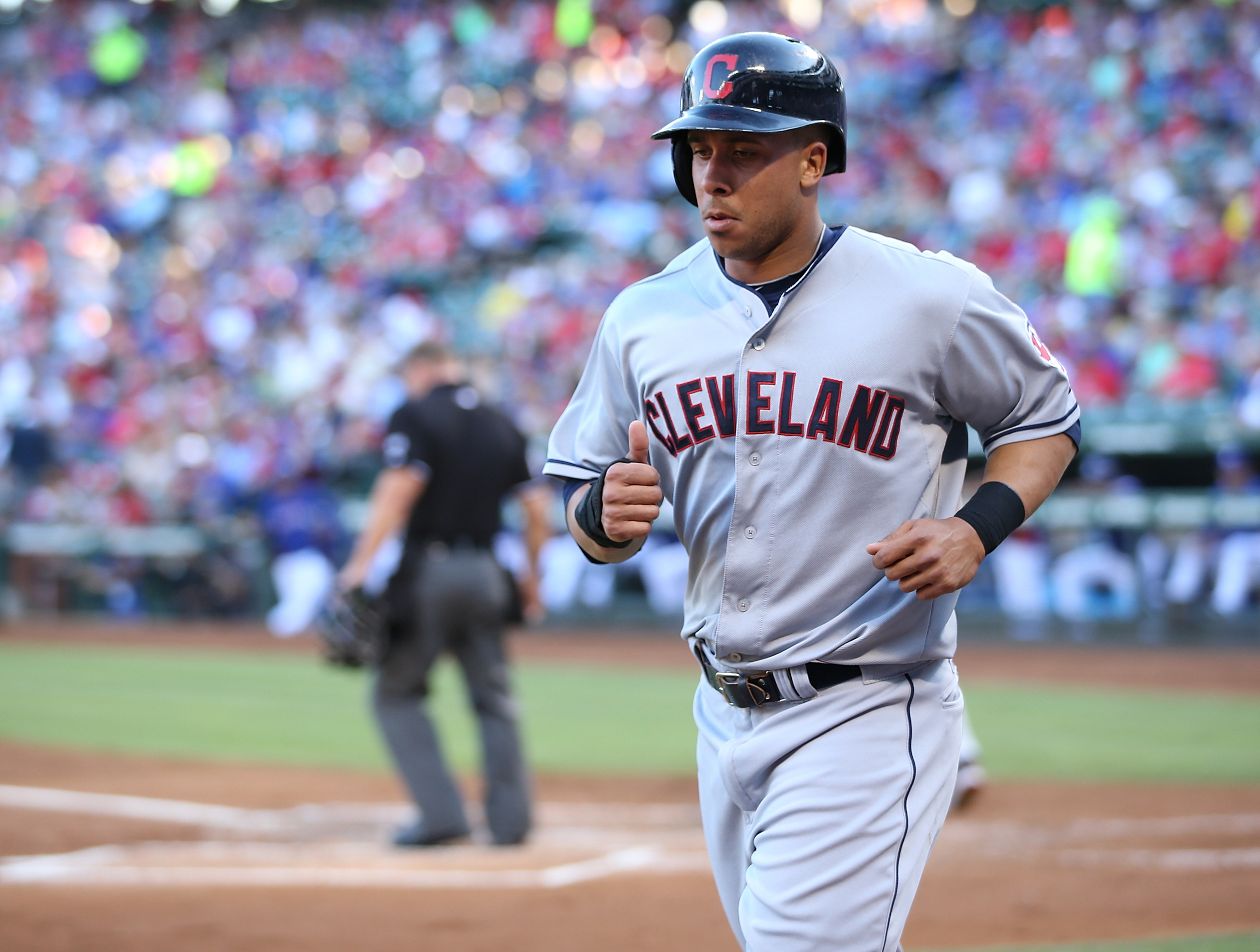 "I like that he's battled tested," Rizzo said of Cabrera. "He's been in the playoffs before. He's been through pennant races. He's a terrific two-way player. He's a great defensive middle infielder. Has been a terrific shortstop defensively. Played second base early in his career and played that outstanding. And very balanced hitter from both sides of the plate and really just a big league hitter. We did a lot of work on his makeup and his character before he gets into our clubhouse and heard nothing but positive things about him."

So will Cabrera continue to hit second? Anthony Rendon has a .285/.348/.469 line as the Nationals' two-spot hitter so far this season. No wonder Williams likes him there. Cabrera has a .243/.285/.385 line hitting second in Cleveland so far this season. Should Rendon stay put? Will Cabrera take over in the two-hole or hit seventh-or-eighth where Danny Espinosa has hit?