Washington Nationals' left-hander took something of a step back Sunday night in Atlanta in a rough start vs the Braves in the finale of the Nats' three-game set in Turner Field. Lots of pitches, lots of pitches fouled off and one mental error...

When 28-year-old Washington Nationals' left-hander Gio Gonzalez was asked if there were any positives he could take from his start in the Nats' 6-1 loss to the New York Mets last week in the nation's capital, which saw him give up six hits, two walks and four runs, all earned in six innings, Gonzalez pointed to his efficiency as something he could build on when his next turn in the rotation came around.

"He was over 100 (pitches) through five, they fouled a lot of balls off, but he just didn't command as well as he wanted to." -Matt Williams on Nats' lefty Gio Gonzalez vs the Braves

"To see myself in the seventh inning with like 80-something pitches is definitely an improvement," Gonzalez said. "It's moving forward and keep going forward from there."

Last night in Atlanta, GA's Turner Field, however, he took a step backwards instead, throwing a total of 111 pitches in just 4 ⅔ IP, though the problem wasn't just his command or lack thereof, but the fact that the Braves' hitters' managed to foul off a lot of pitches and drag out at bats.

Gio Gonzalez said Braves did a good job of fouling off his pitches. I counted 33 foul balls of his 111 pitches. He did walk four though.

Gonzalez walked two in a scoreless 29-pitch first but settled in with two relatively efficient innings in the second and third, throwing just 13 pitches in each frame, but the Nats' lefty gave up a run on a game-tying Justin Upton home run in a 33-pitch third, 1-1, and put runners on the corners with two out in the fourth then failed to cover first base when he got a grounder to second that could have ended the frame and instead led to Atlanta's second run of the game.

After the series finale, which the Braves won, 3-1, Nationals' manager Matt Williams told reporters, as quoted by MASNSports.com's Courtney Lofgren, that Gonzalez's failure to cover first was a mental error that really cost the Nationals the game. 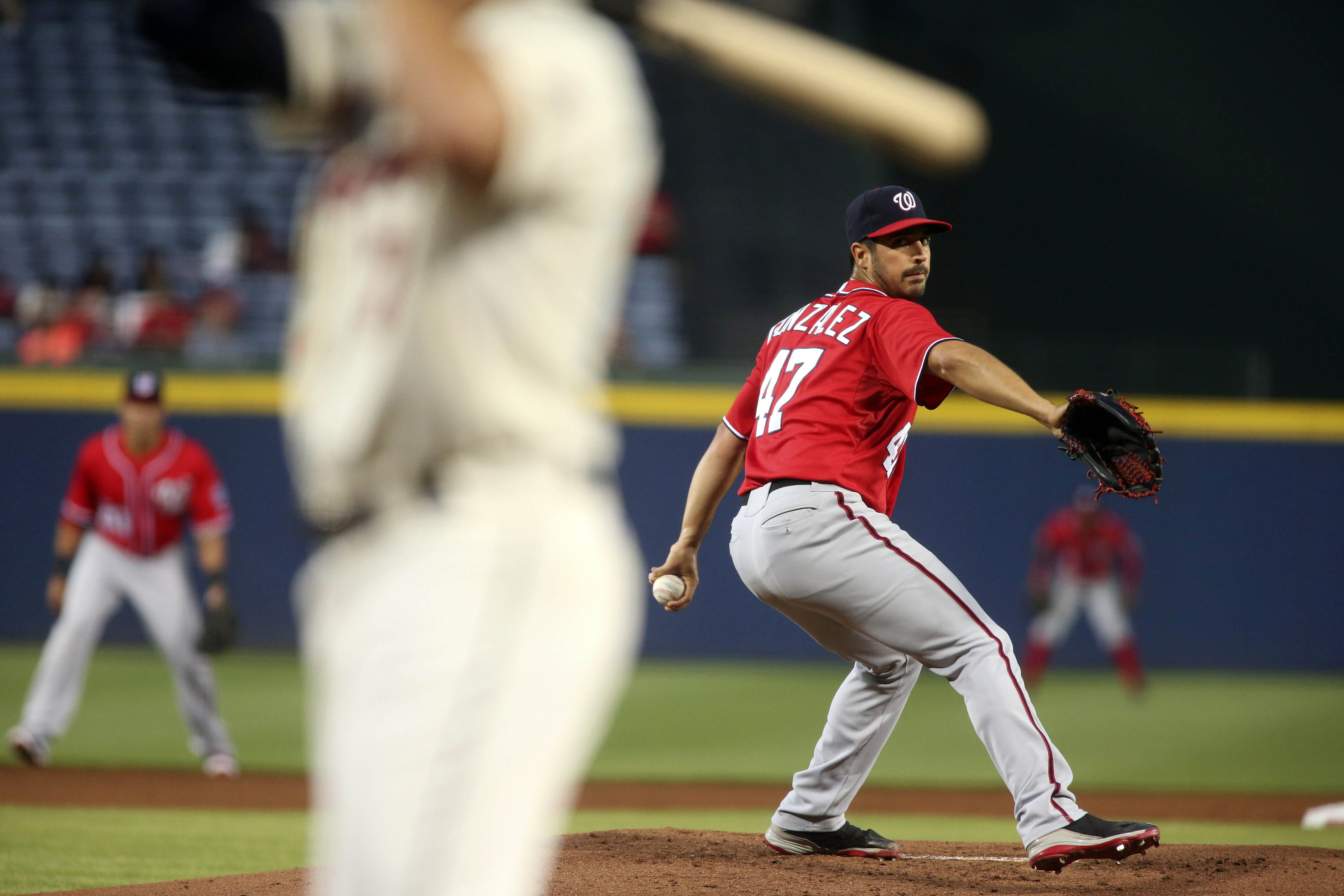 "'With two out he just didn't get over to cover first base,'" Williams told reporters.

"'It could have been a different story getting out of that inning. He was over 100 (pitches) through five, they fouled a lot of balls off, but he just didn't command as well as he wanted to.'"

In five second-half starts, Gonzalez is now (0-4) with the Nationals 1-4 when he takes the mound.