Washington Nationals' outfielder Jayson Werth has been in and out of the lineup recently while dealing with a shoulder injury. Last night, the 35-year-old right field had an MRI on the shoulder. Mike Rizzo said today Werth should be able to avoid a DL stint.

Matt Williams declined to discuss Jayson Werth's lead foot, which has apparently landed the 35-year-old outfielder in some trouble with the law, but the Washington Nationals' first-year manager did discuss the shoulder issue which has kept Werth out of the lineup recently during an appearance on the MLB Network Radio show "First Pitch" this morning.

"He's got a little bit of a bad shoulder right now. So he had an MRI last night, we'll get the results this morning and see what we've got going there..." -Matt Williams on Jayson Werth's ailing shoulder

"First and foremost, being out of the lineup, he's got a little bit of a bad shoulder right now," Williams explained. "So he had an MRI last night, we'll get the results this morning and see what we've got going there. I don't expect that to be serious. And then with the other issue, the team has put out a statement, so I'm not going to go there as a representative, but the team has put out that statement and Jayson will deal with it and move on."

Werth injured his shoulder on a play at the wall in right field in Nationals Park when he hit the out-of-town scoreboard in an awkward position during the last homestand as he explained to reporters this past weekend.

"'It didn’t look like much on the replay,'" Werth told the Washington Post's James Wagner. "'But just having my shoulder up above my head and it hit the wall just kinda right.'"

"For me, I can't wait to get him back in the lineup and hitting third for us," Williams said today. "So we'll see what those results are today."

Williams discussed the issue with Werth's shoulder last night after the right fielder's absence from the lineup allowed Michael Taylor to make his first major league start, which the 23-year-old took advantage of, going 2 for 4 with a single and a home run in the Nats' 7-1 win over the Mets.

"Ordinarily, without Jayson being out today, [Taylor] might not get a chance to be in there. So, it's nice to see." -Matt Williams on the one benefit of Jayson Werth being out

"Ordinarily, without Jayson being out today, [Taylor] might not get a chance to be in there," Williams said. "So, it's nice to see. He's a really good player with a lot of upside. So, good first night."

"He got the MRI tonight and we'll get the results at some point late tonight or tomorrow and see where he's at."

"We'll get them tonight and review," Williams explained.

"Radiologist will review them, [Dr. Wiemi Douoguih] will review them and we'll get answers and see where we're at, but once again, I don't expect anything serious. So it's nice to get a picture and get an idea."

"I think it will be fine," Williams reiterated this morning. "I don't think that there will be any structural issues there. We gave him a couple of days off and he felt better the last time he played. It cropped up a little bit again, so we wanted to make sure we got a picture of it and know exactly what is going on in there, but I don't anticipate it being anything serious."

Nationals 7-1 over Mets: Michael Taylor 2 for 4 with a HR in MLB debut 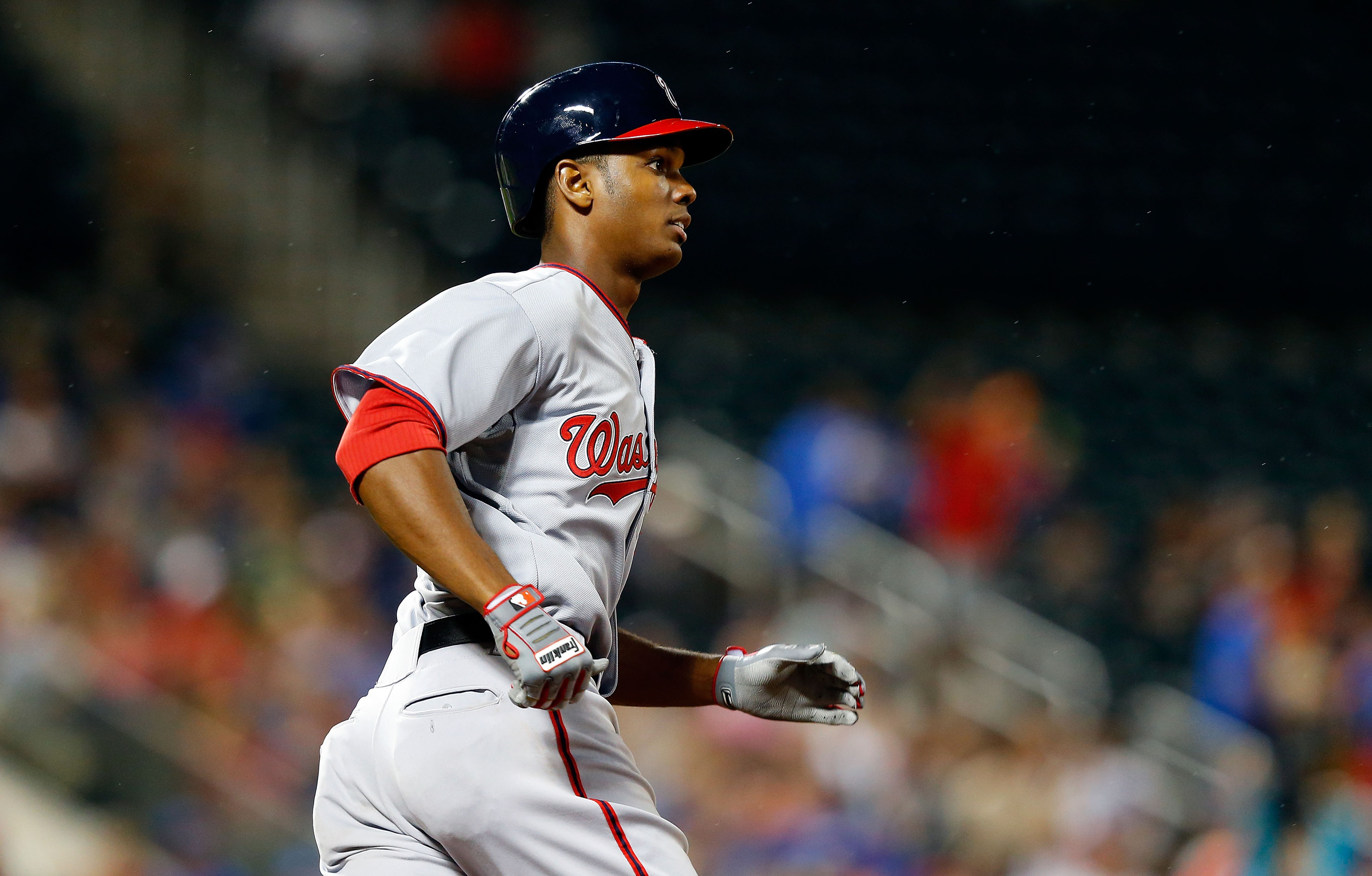 According to what Nats' GM Mike Rizzo said on 106.7 the FAN in D.C. this afternoon in his weekly conversation with Grant Paulsen and Danny Rouhier, Werth should be able to avoid a DL stint.

"I think we're in the clear with Jayson," Rizzo said. "I think there's some inflammation in the shoulder and it's something he can play through. I think he stays off the disabled list and kind of day-to-day.

"We'll see how he feels going forward. Jayson is a veteran and he's a terrific player for us. He's played through pain quite a bit this season and he knows his body and he'll direct us in how to handle him and when to give him days off and when to play him."

Mike Rizzo: Jayson Werth's inflamed shoulder "something he can play through. I think he stays off the disabled list." http://t.co/wFLytckqvi

No word yet on whether or not Werth will be in the lineup tonight for the second game of three with the Mets in Citi Field.