"That's three in a row for him, so it's a pretty heavy workload, but he got through it tonight and we'll see how he feels tomorrow..." -Matt Williams on Rafael Soriano earning the save Friday night

Soriano gave up a run for the second time in three nights, surrendering a leadoff single to center by Starling Marte, a two-out RBI single by Pedro Alvarez and a two-out single to right by Chris Stewart that put the tying run 90 feet from home, but he popped Bucs' leadoff man Josh Harrison up behind home to end the the Nationals' fourth straight win.

"He's got the job done for us all year," manager Matt Williams said when asked about yet another adventurous ninth.

"That's three in a row for him, so it's a pretty heavy workload, but he got through it tonight and we'll see how he feels tomorrow, but we had to try to win that one tonight."

When Soriano gave up a run on a home run to left field by Mets' catcher Travis d'Arnaud on Wednesday night in Citi Field in New York and surrendered two singles and a stolen base which put two runners in scoring position with one out in what was then a one-run game, Williams chalked it up to a bit of rust on the pitcher's part since Soriano hadn't pitched since the previous Saturday night in Atlanta.

"Just the ball up in the zone," he said in explaining Soriano's struggles. "Just up, middle. The homer was, he missed location and both base hits up the middle he missed location, so just a little off. Regular work is key for guys, but sometimes in the closer role you don't get it, so, we were able to hold on."

"It's comforting to know that if you get through the sixth then you have those guys sitting down there ready to go..." -Matt Williams on Tyler Clippard and Drew Storen

Tanner Roark gave the Nationals 5 ⅔ innings against the Pirates, Jerry Blevins finished the sixth inning and Drew Storen, with a nine-pitch, 1-2-3 seventh and Tyler Clippard, with a 10-pitch, 1-2-3 eighth, made a 5-3 lead hold up.

"He does pitch up in the strike zone some, and that's for effect as well," he explained.

"I've got 100% confidence every time he takes the mound." - Desmond on Soriano 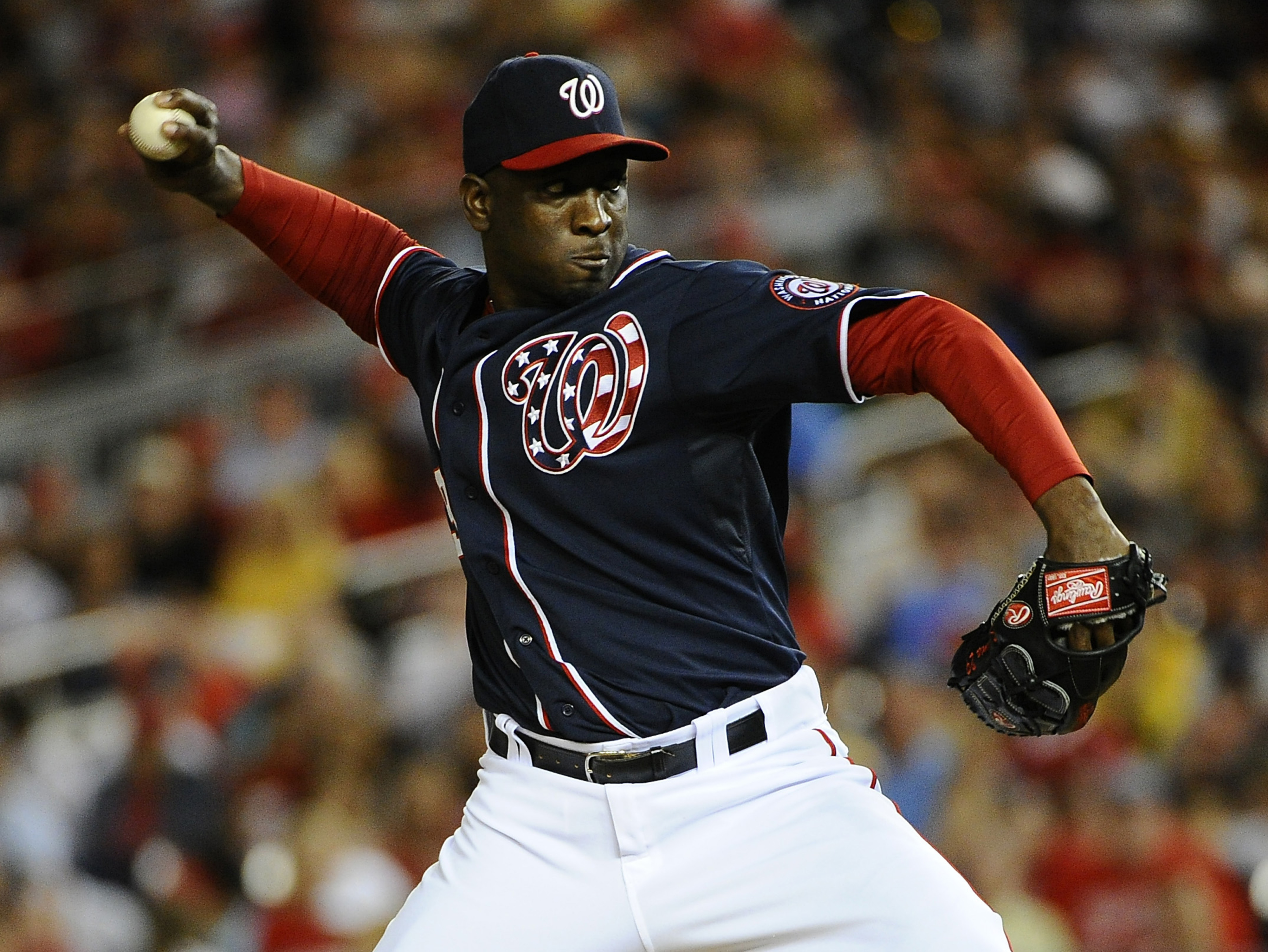 Soriano's faced just three batters in 25 of his 49 appearances this year, with clean 1-2-3 frames in 20 of those 25 outings including Thursday night's.

He's thrown 56 pitches in the last three days, so he might not be available for a fourth straight save opportunity, as Williams said, depending on how he feels, but the first-year skipper knows Soriano will be ready the next time he calls on the closer.

"He's done this a long time," Williams told reporters Friday night, "and been pretty successful at it, so we've got confidence in him, so like I said, next time it presents itself, he'll have the ball again."