The Washington Nationals' 10-game win streak was stopped last night in Nationals Park. Nats' starter Doug Fister was not happy with his outing, during which he gave up a three-run blast by San Francisco Giants' rookie Joe Panik.

"I'm attacking him with my best pitch. I left it over middle of the plate and he hit it well and that's his job, I didn't do mine." - Doug Fister on Joe Panik's first MLB home run

One of his four hits was a three-run home run to center field in the top of the fourth, his first in the majors, which gave San Francisco a 3-1 lead in what ended up a 10-3 win over Washington and 30-year-old right-hander Doug Fister.

"I'm attacking him with my best pitch," Fister explained to reporters after the game.

"I left it over middle of the plate and he hit it well and that's his job, I didn't do mine."

"Just an infield single," Nats' skipper Matt Williams said of the first of three two-out hits Fister surrendered that inning, "kind of over the mound that Asdrubal [Cabrera] tried to get. And then he got in a situation with guys on first and second and Panik hit the first pitch. I haven't looked at the pitch yet, so I don't know exactly where it was, but he hit a homer, so that kind of got them rolling and then, of course, [Buster] Posey hit one too. It's one of those days. Kind of a clunker all around, but see if we can get them tomorrow."

Posey crushed an 88 mph 2-2 fastball with one down in the sixth, two innings after Jayson Werth's solo blast got the Nationals within one at 3-2.

Fister needed 33 pitches to get through the top of the sixth in his final inning of work.

He ended up giving up seven hits and four earned runs, all on the two home runs.

He induced nine ground ball outs from the 25 batters he faced.

"I just wasn't sharp, left too many balls over the plate."

Williams wasn't as critical of the starter, however.

"It's not a bad start," the first-year skipper explained. "They took two really good swings and that gave them their four runs. But nobody is going to be good every single time. And I'm sure if you ask him he wasn't as crisp as he'd like to be, but he battled." 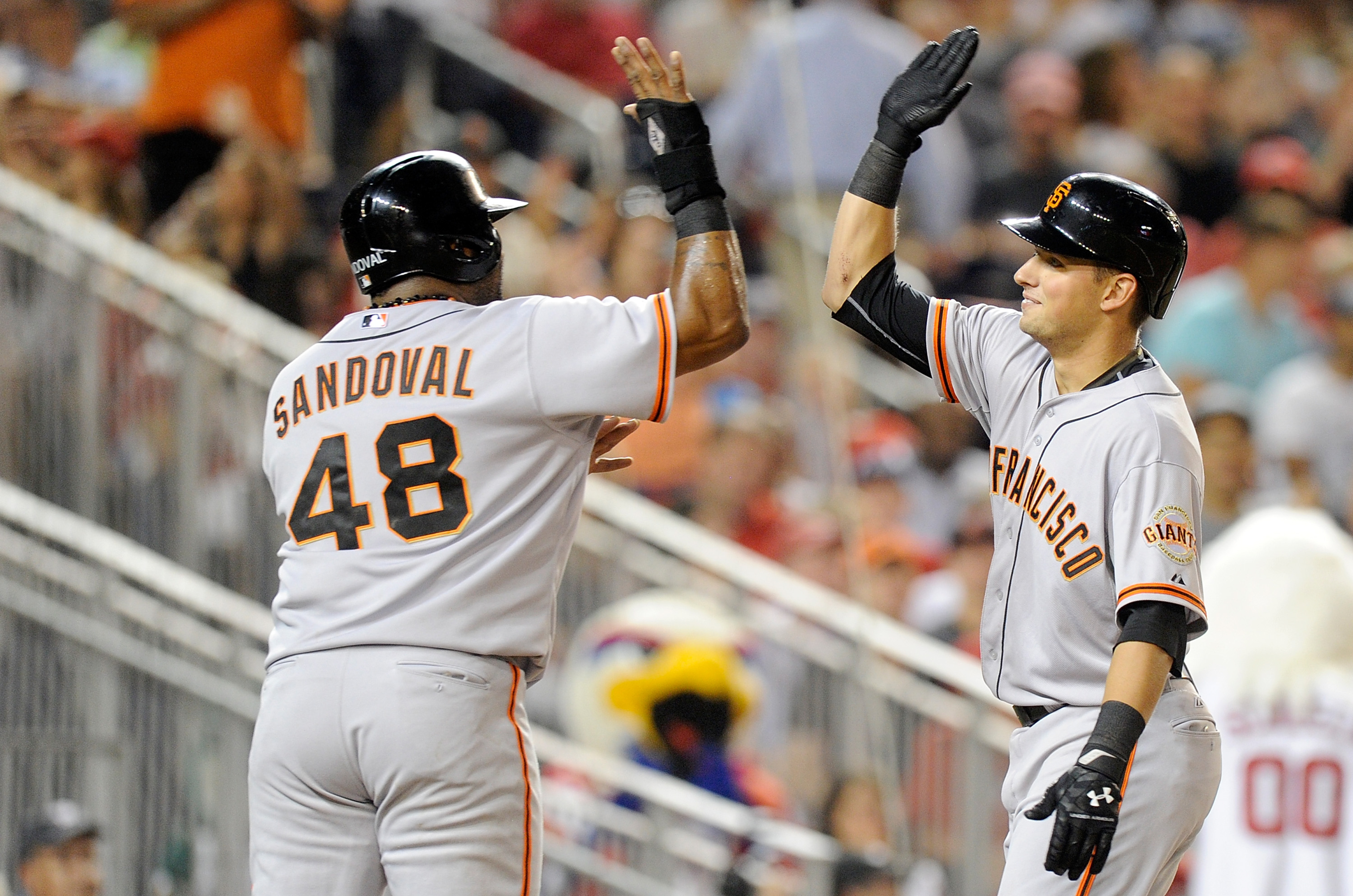 "The whole day I'm battling myself," Fister said. "That's a constant challenge for me to constantly keep the ball down and on the corners. It's something I have to do, if not, I have to pay for it and that's what happened."

Asked for his thoughts on the end of the Nationals' ten-game win streak, Fister said there was no time for reflection.

"We don't have time to do that," he said. "We've got to come back tomorrow ready to play and start a new one. We don't look at it as streaks. We look at is as day-by-day, and there's 162 games that we have to come out and be ready to play. Tomorrow is a new one."

[ed. note - "Fister was asked after the game about the noticeable stitches on the left side of his neck, and explained that he had skin cancer removed. "I had some skin cancer removed a couple of days ago and it had no effect tonight."]