Washington Nationals' left fielder Bryce Harper hit a double to left and a home run to right in Sunday afternoon's series finale with the San Francisco Giants. The home run was Harper's seventh of the season. Matt Williams likes what he sees...

After last Wednesday's 3 for 4 night against Arizona Diamondbacks' right-handers Trevor Cahill and Evan Marshall in Washington, which saw him reach on an infield single, ground ball and line drive to center field in Nationals Park, Nationals' left fielder Bryce Harper was up to a .262/.345/.386 line on the year in his third major league season.

Before he tore the ulnar collateral ligament in his left thumb sliding into third base on a triple, Harper was up to a .289/.352/.422 line with four doubles, two triples and a home run in his 22 games and 91 plate appearances.

"If he stays through the middle like that he's going to get a lot of base hits. I feel if he trusts himself to do that, the home runs will come." -Matt Williams on Bryce Harper at the plate

As Harper explained during an MLB Network appearance last week after his three-hit game in D.C. against the D-Backs, returning in the middle of the season after the prolonged DL stint, which kept him out of the major league lineup from April 25th until June 30th, was not an easy thing to do.

"I was out for those two months," Harper told hosts Greg Amsinger, Harold Reynolds and Billy Ripken, "so that's like having a whole offseason to go and coming back and doing a whole 'nother Spring Training for a month and just trying to get comfortable, trying to relax, not try to do too much."

Nats' skipper Matt Williams told reporters after the win over Arizona, that he saw positive signs from Harper and thought that if he remained consistent with his approach, he would continue to improve.

"If he stays through the middle like that he's going to get a lot of base hits," Williams said. "I feel if he trusts himself to do that, the home runs will come. They will come. They'll come on hanging breaking balls and changeups left up in the zone if he can stay middle of the diamond."

"If he hits back through the middle consistently, he'll get pitches to hit where he can pull them and be able to hit a ball over the fence." -Matt Williams on Bryce Harper at the plate

Harper went 2 for 4 the next night against Diamondbacks' lefty Wade Miley with two more singles to center, then went 1 for 3 with a single to center against San Francisco Giants' starter Tim Hudson.

After an 0 for 4 night in the second game of three with the visiting Giants in the nation's capital, Harper finished the three-game set and the Nats' 10-game homestand with a 2 for 5 game on Sunday afternoon in which he hit an opposite field double off lefty reliever Jeremy Affeldt and a two-run home run to right and off the foul pole off right-hander Juan Gutierrez.

"He's seeing it good," Williams said after the Nationals' 14-6 win.

"The best at bat today was the ball he hit to left field," he continued. "He's hit a lot of balls back through the middle in recent days, which tells me that he's seeing it and he's staying back. The ball to left especially is important for him. And then he got a ball up and middle of the plate that he was able to hit for a homer."

"It's funny how those come when you're hitting the ball back through the middle," Williams said dryly. 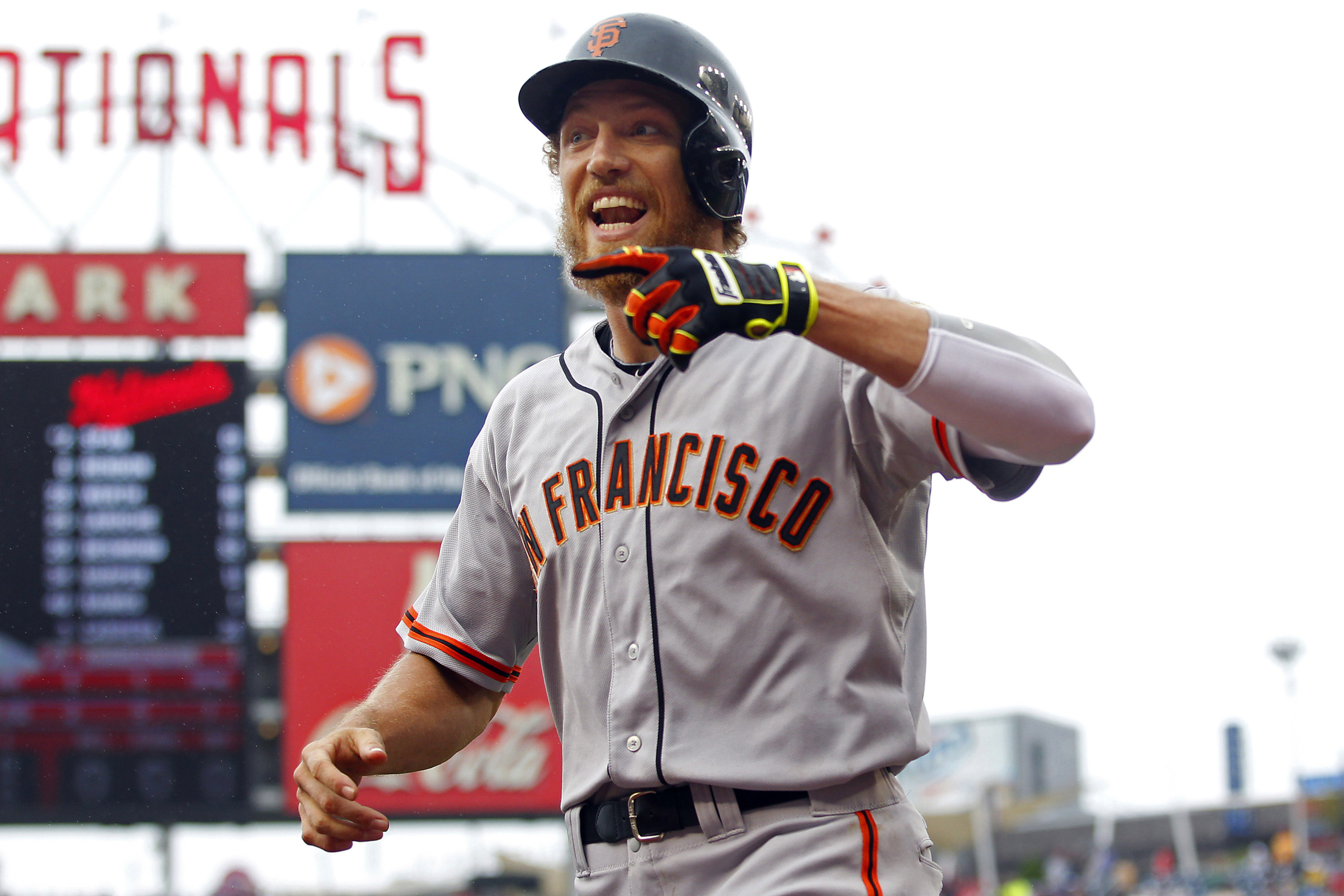