Remember the last time the Nationals faced the Seattle Mariners?

The Washington Nationals start a three-game set with the Seattle Mariners tonight in Safeco Field. The last time the two teams met, in 2011, the Nationals swept the three-game series in D.C. and their manager resigned...

Share All sharing options for: Remember the last time the Nationals faced the Seattle Mariners?

The last time the Washington Nationals and Seattle Mariners played one another, the Nats swept a three-game set from the AL West franchise in a series in the nation's capital in June of 2011.

The Nationals were in the midst of a strong stretch which saw them win 11 of 12 games with two walk-offs in three days against the Mariners.

With the win in the series finale with Seattle, Washington finished a nine-game homestand 8-1, and improved to 38-37 on the year, putting themselves back over .500 for the first time since April 20th of that season.

"If you're going to do this job you have to be totally committed to it, and you have to feel like there's a commitment to you and I just didn't feel that way." -Jim Riggleman on decision to resign as Nats' manager, June 2011

Before the series finale with the Mariners, Nats' skipper Jim Riggleman spoke to Nationals' GM Mike Rizzo about exercising the option in his contract for the 2012 campaign.

When the conversation didn't go as he hoped it would, Riggleman shocked the baseball world and the Nationals by resigning.

Asked about the manager's decision, Rizzo told reporters in the immediate aftermath of Riggleman's resignation that he was surprised and disappointed. "Very disappointing to the players, fanbase, city and myself," he said.

"It's been something that...If you're going to do this job you have to be totally committed to it," Riggleman told reporters that day, "and you have to feel like there's a commitment to you and I just didn't feel that way."

"I just wanted to have a conversation [about it] when we got to Chicago. And Mike said he's not ready to have that conversation. I respect his decision and so I said, 'I've got to give it up then. If I'm obviously not the person that you all want to go down the road with...and I get that, that's okay', you know, but I love it here and I'll miss it."

"He told me of his displeasure of his contract situation and told me that if there wasn't something done about the contract that he was going to resign..." -Nats' GM Mike Rizzo on Jim Riggleman's abrupt resignation

"Jim and I had a discussion before the game today and he told me of his displeasure of his contract situation and told me that if there wasn't something done about the contract that he was going to resign after the game, so we accepted his resignation," Rizzo explained when he showed up for the post game press conference that day instead of Riggleman.

"As you can see it's taken us a little bit by surprise," Rizzo said as the Nats' prepared to depart for Chicago to start a three-game series with the White Sox. "We don't have immediate plans for a successor as manager. By Monday we will have an answer and we will have somebody managing the team."

By the next day, reports emerged that Davey Johnson was going to be named the Nationals' new manager. 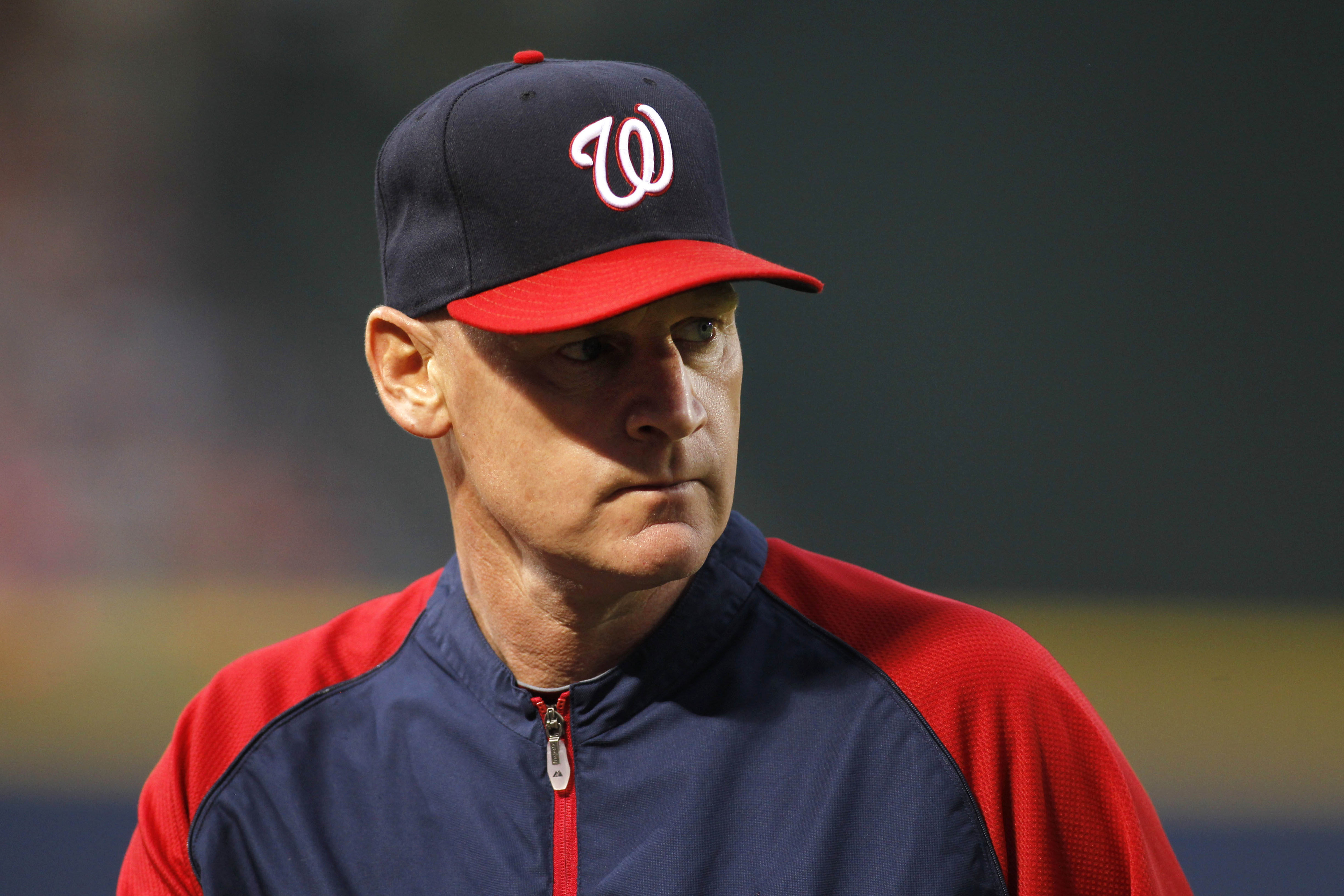 "I'm going to make this short and sweet," Rizzo told hosts Casey Stern and Jim Bowden on the MLB Network Radio show "Inside Pitch" when asked that week to once again recount the circumstances that led to Riggleman's resignation and Johnson's hiring in whirlwind couple of days.

"We had a conversation with Jim. He elected to resign from the team. We accepted his resignation. We bridged a couple days with John McLaren, who's a true professional [and] hired Davey Johnson. We're on a roll here, 13 out of our last 15, we're playing great baseball and we're looking forward to what's coming up, not behind us."