Seattle Mariners' starter Felix Hernandez gave up three home runs in a game six times in 296 major league starts, but the Washington Nationals were the first team to hit four off King Felix in one start on their way to an 8-3 win.

If you didn't write this one off before the first pitch was thrown, knowing that Seattle Mariners' starter Felix Hernandez was on the mound and was kind of hard to beat, you'd be forgiven if you gave up hope early when the Washington Nationals jumped out to a 1-0 lead on Anthony Rendon's one-out home run in the first and then gave the lead right up in the home-half of the first inning.

"If we get balls out over that we can hit and do something with them, then we've got a chance to beat him..." -Matt Williams before Friday's win in Seattle

Nats' starter Jordan Zimmermann surrendered two runs in the bottom of the first after all, putting Seattle up 2-1, and Hernandez, the 28-year-old Mariners' ace, had only given up three runs or more (earned or unearned) in seven of his twenty-six 2014 starts before tonight, and had only given up more than two runs in one of his last eighteen outings.

The one start in the last eighteen in which he gave up more than two runs was, however, his last start before Friday night's, when he surrendered three earned runs in 5 ⅔ IP against the Red Sox in Boston's Fenway Park.

The Mariners gave Hernandez two extra days of rest before he faced the Nationals in his 27th start of the season and he didn't look sharp.

Coming into the game, Nationals' manager Matt Williams was confident his players could hit the one-time Cy Young award-winner and perennial Cy Young candidate if they had a good approach.

"We understand that Felix throws good and he's a good pitcher," Williams said before the first game of the three-game weekend set in Safeco Field.

"They were aggressive with Felix and got some balls up in the zone to hit. It's a big ballpark, you don't expect that in a park like this..." -Matt Williams on Nats knocking Hernandez around in Seattle

And the Nationals did beat Hernandez, becoming just one of five teams to do so this season.

They were the first team, in 297 career starts by the right-hander, to hit four home runs off him in one start.

Anthony Rendon in the first, Jayson Werth in the third and Ian Desmond and Wilson Ramos in the fourth, all hit home runs off Hernandez as the Nationals jumped out to a 5-2 lead, putting more earned runs up on the Mariners' starter than he'd given up in any start this season.

The Nats added two more runs off reliever Joe Beimel in the eighth for six total and took the series opener, 8-3.

"They were aggressive with Felix and got some balls up in the zone to hit," Williams said after the win when asked how they did it. "It's a big ballpark, you don't expect that in a park like this, but they put some good swings on it."

The six home runs were more than the Nationals have hit in a single game since September of 2012 when they hit six against the Chicago Cubs.

"It's not how we live, by any stretch," Williams told reporters Friday night.

"Generally we're putting good at bats together, but tonight it worked. Jayson hit a curveball. Wilson hit an off speed pitch out of the ballpark. Good effort."

Ian Desmond did both. He put a good at bat together against Hernandez in the fourth and took the Mariners' righty deep, batting for ten pitches and fouling off five two-strike offerings after starting down 0-2, then launched his 22nd home run of the season to left-center.

"He fouled a couple really nasty ones off down the right field line," Williams said, "almost hit a double, almost on the line on a split or a curveball or something, something off speed, then [Hernandez] tried come back in and left it out, over and [Desmond] put a nice swing on it."

"I think they were patient enough to get good pitches to hit," the Nats' first-year skipper continued. "When [Hernandez is] successful, he's throwing the ball it looks like it's the zone, and it's not. And they got balls up in the strike zone to hit."

"Felix is human," fill-in M's manager Trent Jewett said after the loss, though the fact that he had to say so says a lot about the Mariners' starter.

"We ask a lot of him and expect a lot of him, and I think he's up for the challenge, but he's human and the other team is getting paid too, so it's going to happen."

"The one thing, guys like Felix... he gets your attention," Jewett explained. 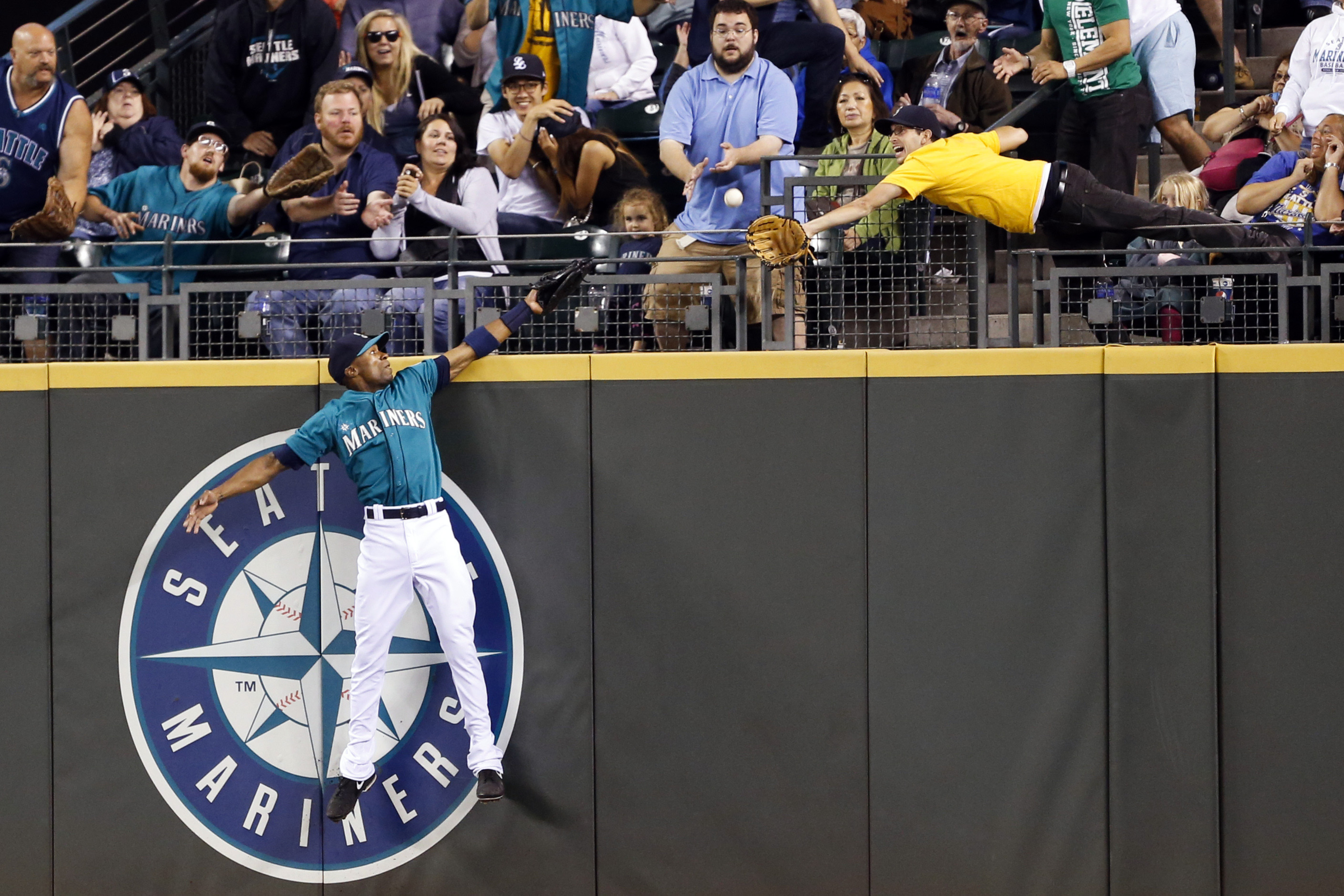 "That's something that's going to happen no matter who you're playing. Whether they're fighting for a pennant or it's a last place team that just doesn't want to get embarrassed by somebody as great as Felix. But their approach was, I think, to be aggressive to counter his aggression, and tonight it paid off."

The Nationals pounded out 14 hits, 10 off Hernandez, and scored 10 runs total, with a ninth inning sac fly by Adam LaRoche accounting for the only run that didn't score on a home run.

After a frustrating series in Philadelphia, the Nationals busted out as a team and broke their three-game losing streak.

They also improved to 10-0 against Seattle since 2005, when major league baseball returned to Washington, D.C.