On Jayson Werth getting thrown out at home in the Nationals' 6-1 loss to the Mets in D.C.

Washington Nationals' third base coach Bob "Old No Stop Sign" Henley sent Jayson Werth home from second on an Adam LaRoche single in the sixth inning of the Nats' 6-1 loss to the New York Mets. Was it a good decision? Is 1st/3rd with one out more desirable?

Share All sharing options for: On Jayson Werth getting thrown out at home in the Nationals' 6-1 loss to the Mets in D.C.

Henley has been aggressively waving runners around all season and Nationals' skipper Matt Williams has repeatedly supported his coach's decisions whether they get the runner thrown out or not because Henley's approach is in keeping with what the first-year skipper has preached since taking over on the bench in the nation's capital.

Williams once again supported Henley's decision to send Jayson Werth home in the sixth inning of Tuesday night's game with the New York Mets, in spite of the fact that left fielder Eric Campbell threw Werth out at the plate in what was then a 2-1 game in NY's favor.

Werth doubled in the first at bat of the Nats' sixth, lining his 27th two-base hit of the season to left.

With the Mets' infield shifted to the right side to take advantage of Adam LaRoche's tendencies, the Nationals' first baseman took advantage of the big hole at short and shot a single through to a charging Campbell.

Campbell picked it up coming in and made a strong one-hop throw to catcher Travis d'Arnaud. Werth arrived at home a step late and slid in right foot first only to get tagged on his knee just before his cleat crossed over home.

Werth signaled to home plate umpire Paul Nauert that he thought he was safe, but Nauert disagreed and punched him out. After reviewing the play, to see if there was interference, the call was upheld.

Werth was fine with being sent around, defending the decision when he spoke to reporters:

Fair/interesting point by Werth in defense of Henley: the Mets' shift on LaRoche allowed him to get a huge lead.

Matt Williams said much the same before Werth made his comments.

Asked if he was okay with Hendley sending Werth instead of keeping the outfielder at third and giving the Nats runners on the corners with no one out in a one-run game, Williams said he was fine with the send.

"It's fine," Williams said. "I thought Jayson had a good jump. He knows that they're not playing behind him. He knows that they're swung over, the shortstop is to his left. And there's nobody there. I thought he had a good jump. I just thought it was a good throw too. But that's the way we play. We're aggressive. We have been all year and we can't stop now. So, I have no issue."

Williams wasn't challenging the call at home when he went out to talk to the umpires. 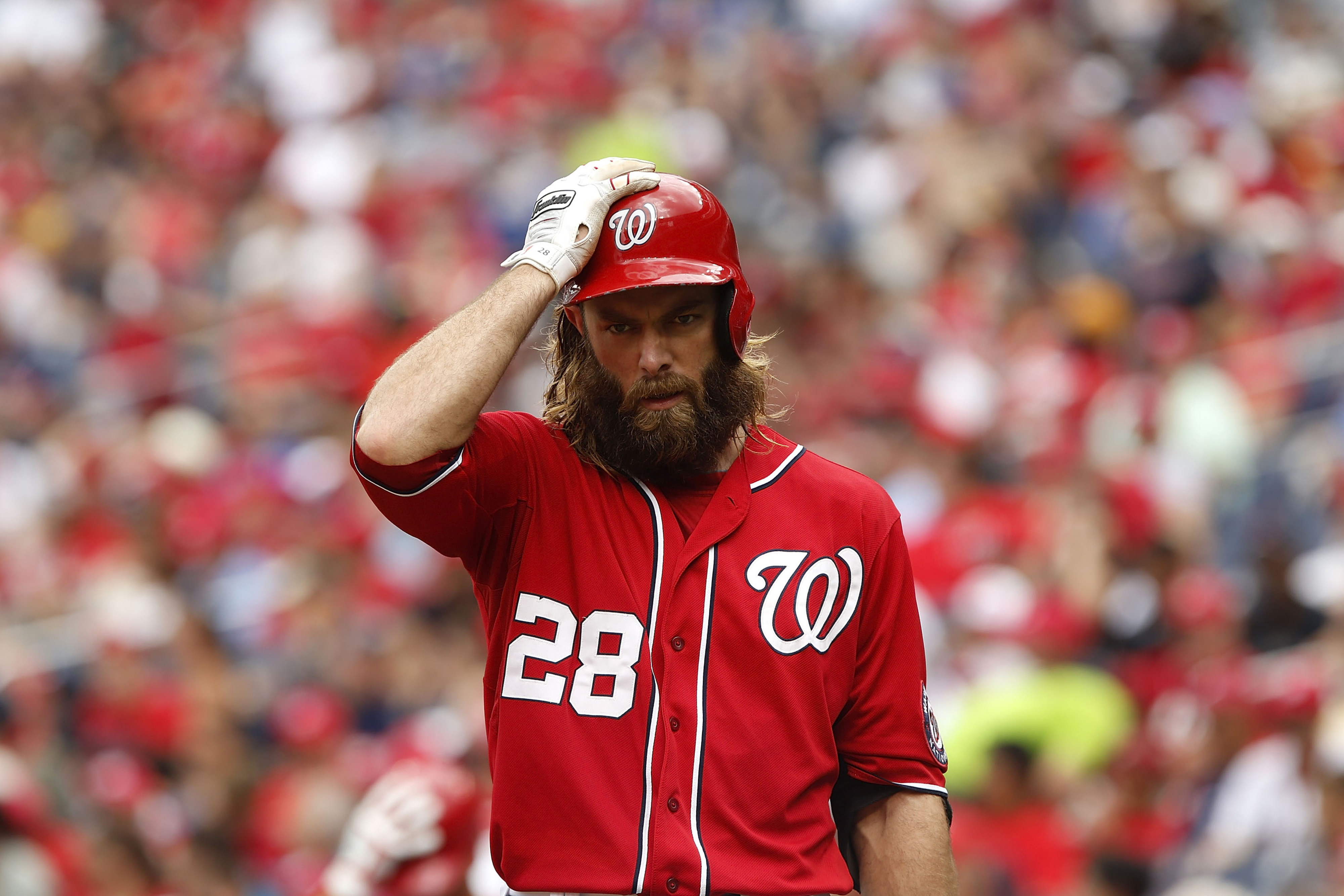 The Nationals came up empty in the bottom of the sixth. The Mets scored three runs in the top of the seventh and ended up winning 6-1.

As for Werth, he's been dealing with a sore ankle recently, but he avoided any further injury on the play at the plate, though he was noticeably uncomfortable running to first earlier in the game.

"He had a little ankle issue the other day and is working through it," Williams said.

"He just caught it as he came out of the box, the first at bat. We went out there and asked him and he was fine. He ran fine the rest of the night. But he caught it funny coming out of the box. But he's good."

• We talked about the play at the plate, Gio Gonzalez's start and more on Nats Nightly: