"You've got to pitch better," Gio Gonzalez said after his start in the Washington Nationals' 6-1 loss to the New York Mets last night. "If you want to win this game, you have to try to be better than the other pitcher." There were some positives to take from his start...

Share All sharing options for: Nationals' lefty Gio Gonzalez and Matt Williams on the Nats' 6-1 loss to the Mets

Gio Gonzalez didn't look too happy about being taken out when he was last night with two on, no one out and the opposing pitcher (a left-handed hitter) due up in the top of the seventh. He wasn't happy.

"I wanted to face the pitcher, yes, to get at least that out of the inning," the Washington Nationals' 28-year-old lefty told reporters after the Nats' 6-1 loss to the New York Mets last night.

"I wanted to face the pitcher, yes, to get at least that out of the inning, but I can only do my job as a pitcher..." -Gio Gonzalez on getting lifted in the 7th last night

"But I can only do my job as a pitcher," Gonzalez said, "just go out there and try to minimize damage."

Gonzalez held the Mets to two runs on five hits while he was on the mound and the two runners that reached in the seventh came around when Drew Storen took over on the hill.

Zack Wheeler bunted Chris Young and Ruben Tejada over after Gonzalez let them on with a walk to Young and grounder to third by Tejada that Anthony Rendon dove for but couldn't come up with, and after a hit-by-pitch by Storen on Juan Lagares loaded the bases, Daniel Murphy drove two in with a single up the middle Asdrubal Cabrera couldn't handle that gave New York a 4-1 lead.

The two runs Gonzalez gave up while on the mound came on an RBI line drive by David Wright in the first, which followed a triple on a grounder by first base that just snuck under Adam LaRoche's glove, and a two-out bloop single by the opposing pitcher that fell in over Asdrubal Cabrera's head in front of a charging and sliding Jayson Werth, bringing Mets' catcher Travis d'Arnaud in from third two outs after he doubled to left to start the top of the second.

"Triple. Double to left and that was it. After that the pitcher gets a base hit on a broken bat, so just tip your cap, that's sometimes how the ball rolls." -Gio Gonzalez on outing vs the Mets

"Triple. Double to left and that was it," Gonzalez said, summing up the Mets' scoring. "After that the pitcher gets a base hit on a broken bat, so just tip your cap, that's sometimes how the ball rolls. Can't do nothing about that."

All he can do, Gonzalez said, is pitch better.

Wheeler, 24, drove in a run with that broken-bat blooper and limited the Nationals to one run on seven hits in 6 ⅔ IP in spite of providing the home team with plenty of opportunities.

Gonzalez did, however, say there were some positives to be taken from his outing after he was out before completing four innings in two of his last three starts, throwing 88 pitches in 3 ⅓ against the Reds back on July 20th and 77 pitches in 3 ⅔ against the Phillies in his two previous starts in the nation's capital.

"To see myself in the seventh inning with like 80-something pitches is definitely an improvement," Gonzalez said. "It's moving forward and keep going forward from there."

Five of the six hits he allowed last night came in the first two innings, but he settled in with four scoreless, retiring 13 of 14 batters before he started the seventh with a walk to Chris Young.

Asked what he did differently after the rough start, Gonzalez said he just listened to his catcher. 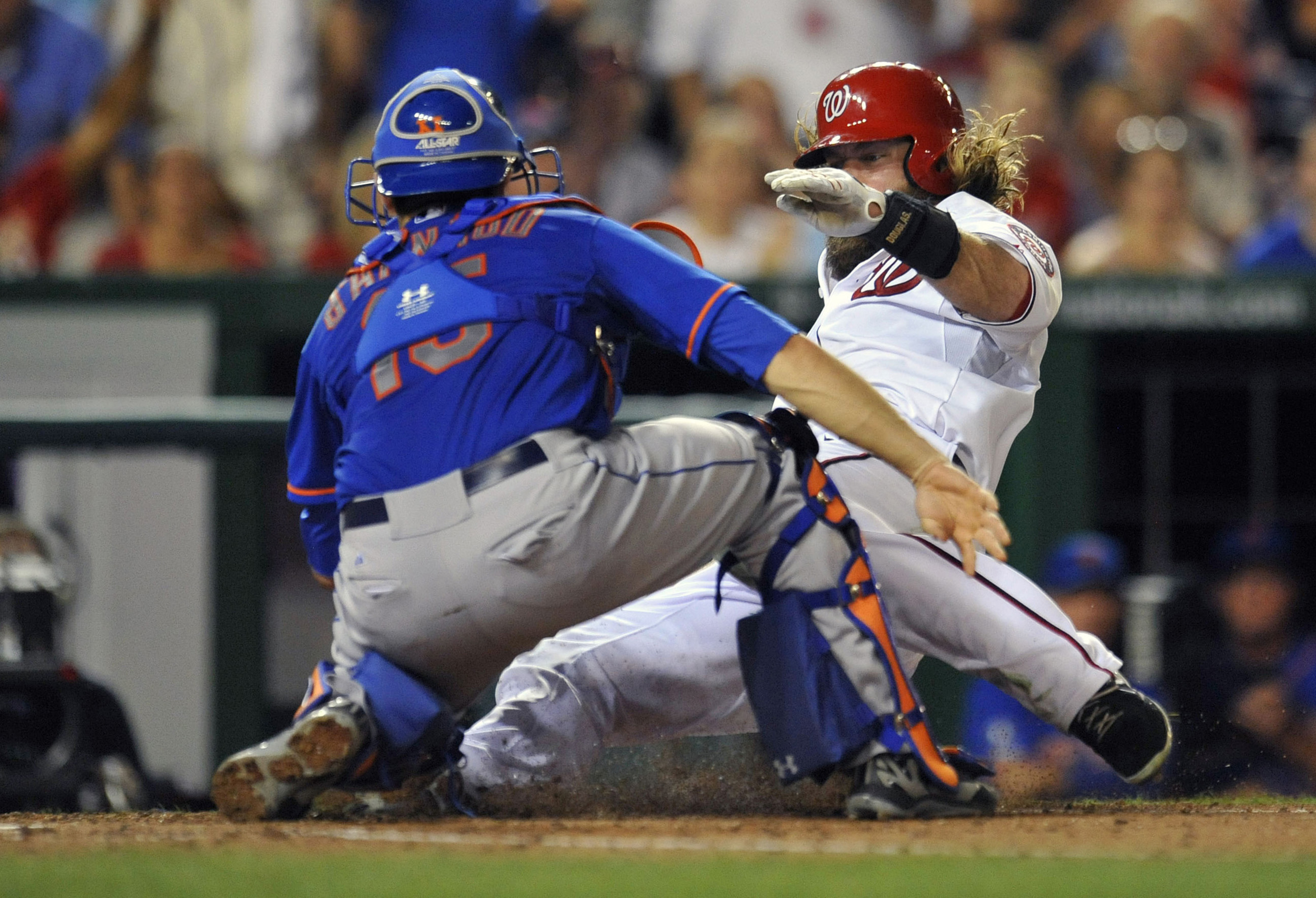 "The hit to Wright, first pitch breaking ball," Williams said, referring to David Wright's RBI single in the first, "and the hit to the pitcher was not a bad pitch, but [Wheeler] got enough of it. Then he cruised pretty well through the middle innings."

"Then the last inning," Williams continued, "the leadoff walk then the ball that Anthony [Rendon] couldn't get when he dove down the line. Just... that ball could easily be a double play ball, but it was just out of his reach. So we decided to go get Drew [Storen] and try to keep it where it was at and then the bunt and then he hit Lagares and that was the one that got him because [Daniel Murphy] is swinging really well this year. Five feet to the left it could be a potential double play ball as well and then Duda hit the ball off the end of the bat. It's baseball. It's the way it goes sometimes."