Washington Nationals' outfielder Steven Souza, Jr. charged full on into the right field wall in Turner Field tonight, doing everything he could to bring a Freddie Freeman blast back, but he came up empty, hit the wall hard and left the game a half inning later.

Just to add injury to insult, as the Atlanta Braves were once again knocking Washington Nationals' starter Stephen Strasburg around in Turner Field, Steven Souza, Jr. in his first start since being recalled, ran into the right field wall in Turner Field doing everything he could to try to bring a Freddie Freeman blast back into the field of play.

Souza, 25, couldn't reach the ball and he hit the wall/padded out-of-town scoreboard hard and bounced off, landing flat on his back on the warning track.

Somewhat miraculously considering how bad the collision looked, Souza stayed in the game for the rest of the second inning and lined out in at bat in the top of the third, but the outfielder didn't come back out to play the field in the bottom of the inning. Souza was spotted in the Naitonals' dugout in Atlanta after leaving the game, but there's no word yet on what happened to the right fielder.

Souza got the start tonight in the series opener with the Braves because Jayson Werth was beat up with a shoulder and ankle issues hobbling the veteran outfielder. 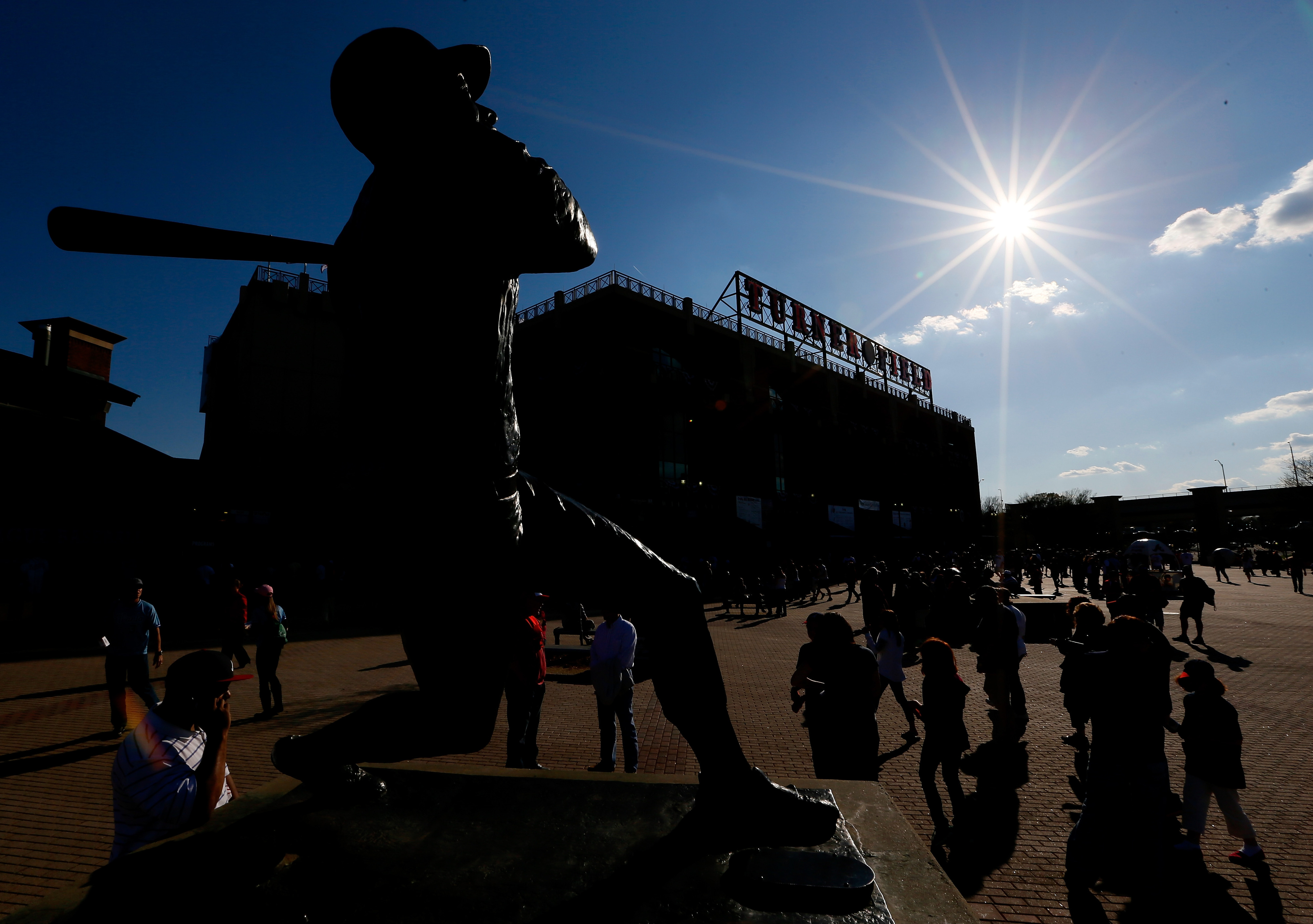 Souza was called back up by the Nationals recently after tearing up Triple-A pitching with the Nats' top minor league affiliate.

No update on his condition yet, but we'll update here after the game if Nats' skipper Matt Williams provides any information...