Washington Nationals' right-hander Jordan Zimmermann gave up a two-run home run by Justin Upton in the sixth that made it a two-run game with the Nats ahead, 6-4. Zimmermann finished the sixth at 105 pitches, so Nationals' skipper Matt Williams turned to the bullpen in the seventh, bringing Aaron Barrett out to face the Braves' seven, eight and nine hitters.

"Clippard is fine, but we weren't going to go to him tonight. He was off today." -Matt Williams on piecing together the eighth inning last night

Barrett retired the side in order in a quick, seven-pitch frame, striking Christian Bethancourt out with a filthy 0-2 slider and inducing ground ball outs from Andrelton Simmons and pinch hitter Tommy La Stella, so Williams brought him back out for the top of the eighth.

So no Tyler Clippard in the eighth? Was there an issue with the Nats' set-up man?

"Clippard is fine," Williams assured reporters after the game, "but we weren't going to go to him tonight. He was off today."

Barrett tore through the seventh, so the Nationals' first-year manager sent him out for more work.

"He was really economical," Williams explained, "so we decided to send him back out. During his time in Triple-A he went an inning-plus, so we wanted to take him through [Braves' second baseman Phil] Gosselin and then match up from there. [Emilio Bonifacio] hit a double, but [Barrett] got Gosseling then we were able to match up."

Ross Detwiler, who has pitched in a long relief role for most of the season, came on to face Freddie Freeman, who was 2 for 3 on the night before he stepped in against the Nats' lefty reliever and went down swinging at an 0-2 bender.

Next up was Craig Stammen, who struck Justin Upton out with a 2-2 fastball to end the top of the eighth and preserve the Nationals' two-run lead.

"[Detwiler has] been a starter before, so he's okay with doing that, he's used to doing that, but he can also come in there and get that out like he did tonight." -Williams on Detwiler coming on to face Freddie Freeman in the 8th

"Those two guys have been really our longer guys this year," Williams said, breaking down the eighth, "and they came in and got the guys they had to get. The matchups are there, we want to bring in [Detwiler] for [Freeman]. He threw him a really nice curveball and then [Stammen] for Justin [Upton] and [he] threw him a couple of sliders to get ahead and bounced a couple and then made a really nice pitch to strike him out. Just good execution and good pitching on their part. They're an explosive team, so one swing of the bat they can always get back into it and they made good pitches."

Was the LOOGY role Detwiler filled what the Nats' manager had in mind when he moved the '07 1st Round pick and one-time postseason starter to the pen this past Spring, with talk of the left-hander being a power reliever in the mold of the Pirates' Justin Wilson?

"Yeah," Williams said. "He can. He can also go multiple innings. He's been a starter before, so he's okay with doing that, he's used to doing that, but he can also come in there and get that out like he did tonight. He made really nice pitches on Freddie and threw him a real good curveball. So those are situations that he wants to be in, that we want him to be in. Like I said, for the most part this year he's been a longer guy. That's kind of been the role we've had to use him in, but he's certainly capable of coming in like he did tonight."

Williams was asked how important the at bats against Freeman and Upton were considering how big a problem the two have been for the Nationals this season.

"They're a thorn in everybody's side," Williams said. "They're really good players, so you try to do the best you can to get a guy in there that will be able to make pitches. And both of those guys did. They executed really well tonight. Drew [Storen] of course executed in the last inning and it was a good win for us."

Storen took the mound in the ninth for the third straight day looking for his third straight save after Rafael Soriano's struggles forced a change. Was there any hesitation in turning to Storen again? 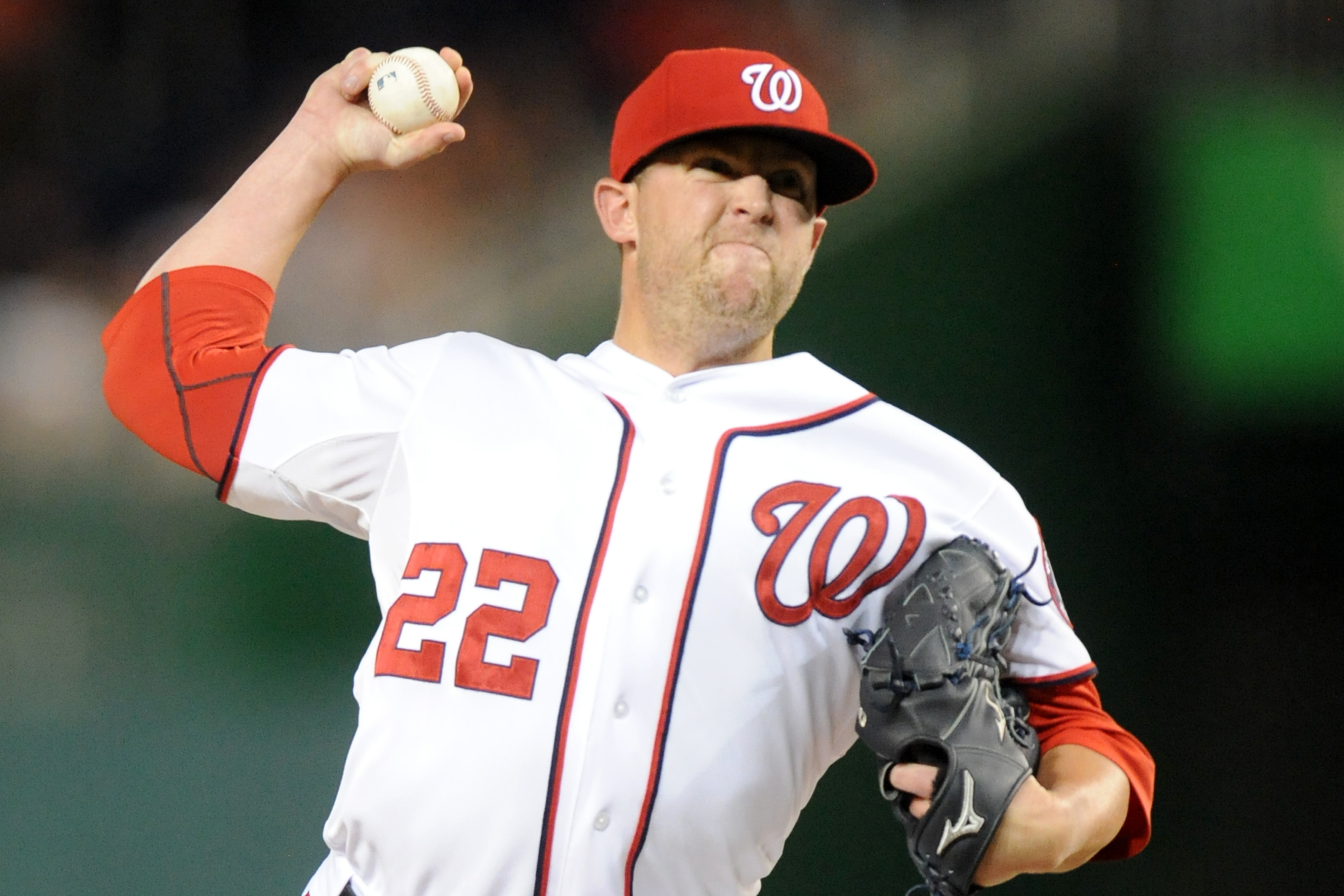 "Yeah, of course," Williams said. "We talked about Thornton to lead the inning off, but if [Storen is] in that position tonight to close then we want to give him the full inning. And he was economical with his pitches again tonight. I wouldn't anticipate him pitching tomorrow though. He's done a really nice job over the last three."

Storen retired the side in order in a seven-pitch inning, earned his fourth save of the season and locked down win no.82 for the Nationals.

The newly-anointed ninth inning option has now thrown in four of the last five days, with a total of 47 pitches in those four outings. But with Soriano out of action since Friday and Clippard unavailable, the '09 1st Round pick got the call again.

"You have to also take into account who's unavailable for you," Williams said, "so, that's a little bit of the case tonight. So, again, yes, the last three. I wouldn't anticipate he pitched tomorrow, so if we got in the same situation, it would be somebody else tomorrow. But that's the way it goes."

With Clippard off last night, he'd seem a likely option for the ninth if needed.

If it's a close game again tonight though, will Williams be able to fight the urge to send Storen out again?