If the Washington Nationals make the postseason, there will be another tough decision ahead for Nats' skipper Matt Williams. Will Tanner Roark end up in the bullpen?

Back in January, when there was still some question about which pitcher would fill out the fifth spot in the Washington Nationals' rotation behind Stephen Strasburg, Gio Gonzalez, Jordan Zimmermann and Doug Fister, 27-year-old right-hander Tanner Roark was asked about competing for a starting spot or possibly pitching out of the Nats' bullpen.

"I'd love to be the fifth starter," Roark told reporters, "but if I can make the team out of Spring Training, that would be great to help the team out any way I can. So I just want to make the team and I want to win the World Series. That's everybody's desire, right?"

"I don't care. Anything to help out the team. It's just a different mindset. Starting, you have four days to prepare yourself. And then relieving, you just flip that switch right away..." -Tanner Roark on starting vs relief work

The one-time Texas Rangers' prospect, acquired by the Nationals in a July 2010 trade, was coming off a sort-of out-of-nowhere 2013 campaign which started at Triple-A Syracuse and ended with Roark going (7-1) in 14 games and five starts with a 1.51 ERA and 2.41 FIP in 53 ⅔ IP in the majors.

Roark said this winter that he was comfortable in either role and willing to do whatever was asked of him.

Roark made the rotation out of Spring Training, of course, when a strained lat sidelined Doug Fister at the start of the season, and Roark has remained in a starting role throughout his second major league campaign.

Nats' skipper Matt Williams talked recently about limiting Roark's workload going forward, knowing he was in uncharted territory at this point in terms of innings pitched.

"We can't deny Tanner the opportunity to go out there and compete and continue to try to win games for our club. So we'll have to monitor that as we go I think." -Matt Williams on Tanner Roark on MLB Network Radio

Williams explained that they would be "mindful" of Roark's innings total, lifting him from starts early if the Nationals are ahead for example, but there are no plans to shut him down or skip starts.

"It depends on where we're at and how he feels and kind of the status of our team and all that," Williams explained in an MLB Network Radio interview late last month.

"But we can't deny Tanner the opportunity to go out there and compete and continue to try to win games for our club. So we'll have to monitor that as we go I think. If we've got a good lead and a game and he's in the sixth, there may be no need to send him back out for the seventh."

Veteran Washington Post columnist Thomas Boswell suggested in a late-August chat with readers, that he thought the right decision going forward would be to move Roark to the bullpen if/when the Nats make it to the postseason, with Gonzalez the fourth starter after Strasburg, Zimmermannn and Fister.

As Boswell wrote, "giving Roark six more starts and 36 more innings -- putting him near 200 -- then putting [him] in the playoff rotation is nuts."

A long post season run would push Roark far over his previous inning totals, while Gonzalez, who missed a month with shoulder inflammation earlier this season, has gone over 195 IP four times in his career with just six of his 183 career appearances out of the bullpen, with all six in his first two seasons in the majors back in 2008-09. 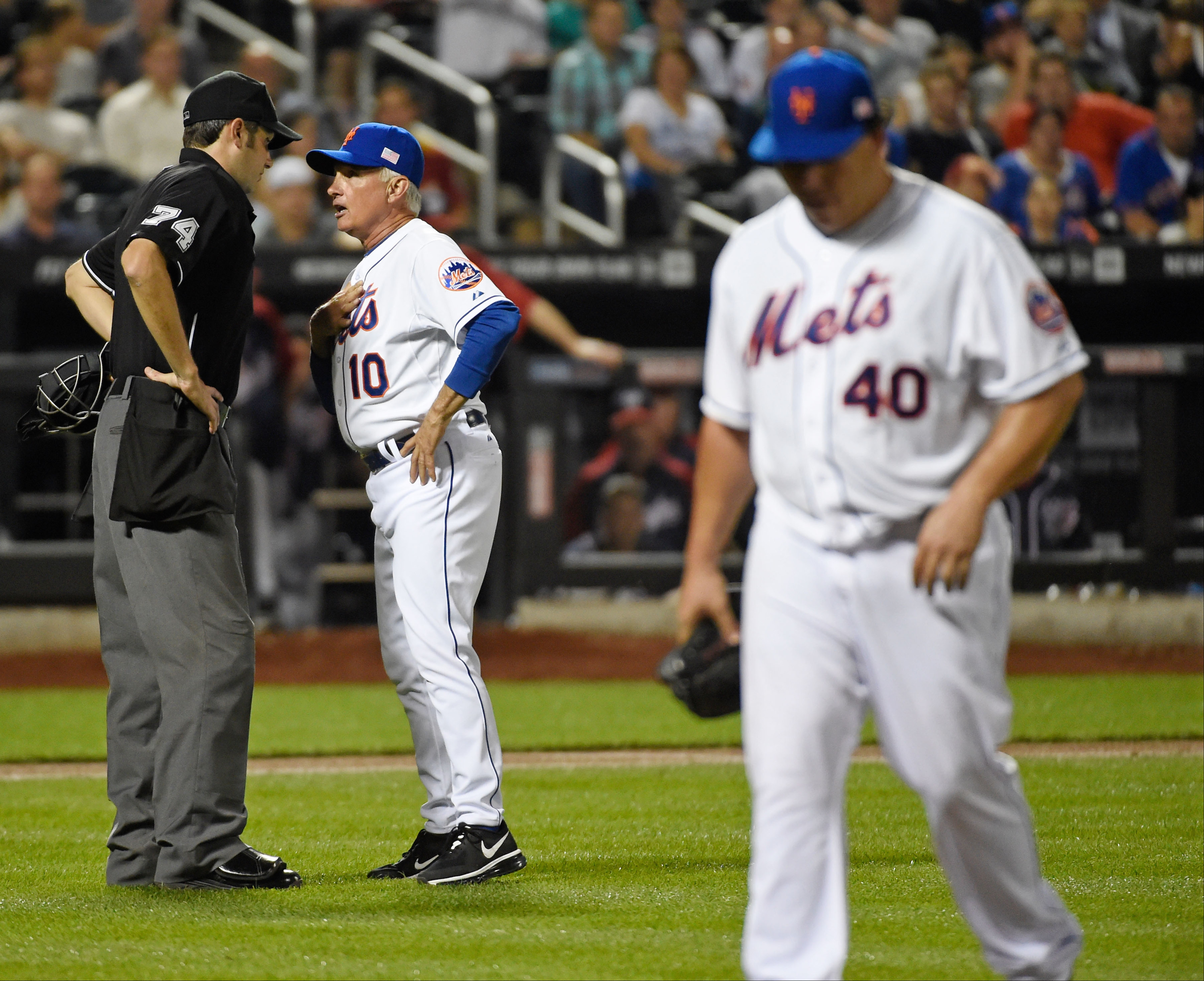 Will the Nationals prefer a left-hander in the mix in their rotation? Will Roark's history of success working out of the bullpen make him a more likely choice for a relief role in the postseason?

The Nats haven't locked up or clinched anything yet, and there's now way to know how all the starters will be throwing when the regular season comes to an end.

Roark has been solid throughout his second major league campaign, while Gonzalez's season has been a bit more up and down. In a season full of them for Matt Williams, the decision on a postseason rotation will be another tough one.