Washington Nationals' lefty Jerry Blevins struck out the side last night against the New York Mets in Citi Field, but the reliever has struggled to retire right-handers this season and he might be on the outside looking in when it comes to the Nats' postseason roster.

Washington Nationals' lefty Jerry Blevins told reporters this winter that he thought that he might get dealt late last season when he wasn't getting used in spots that were once his.

"I saw how I didn't pitch at all in the playoffs and there [were] a few situations where normally that would be my position," Blevins said.

"But you never speculate. You start doing that, you start questioning what's going on and you can get caught up in a lot of different stuff. But you're prepared for anything as a baseball player. You understand that there is a business to it as well. And if you do get traded, you couldn't ask for a better spot to be traded to."

"I saw how I didn't pitch at all in the playoffs and there [were] a few situations where normally that would be my position, but you never speculate." -Jerry Blevins on thinking he might get traded before he was this winter

The Nats and Oakland A's agreed on a deal in December that sent minor league outfielder Billy Burns, the Nationals' 2013 Minor League Player of the Year, to the Athletics in return for Blevins, then 30, and coming off a 2013 campaign which saw him put up a 3.15 ERA and a 3.88 FIP in 67 games and 60 IP over which he was worth +0.3 fWAR.

"We're going to have to continue to give him the baseball in those types of situations, we lined it up pretty good to face lefties and it didn't happen today..." -Matt Williams on Jerry Blevins vs ATL this past Wednesday

Before he took the mound last night, Blevins had a particularly rough outing in the nation's capital this past week against the Braves, giving up two singles (one by pitcher Aaron Harang), a walk and a sac fly before he was lifted by manager Matt Williams in facor of right-hander Ryan Mattheus, who surrendered a two-run double by Justin Upton that drove in the two runners he inherited from Blevins.

Williams said after that night's 6-2 loss to the Braves that he had no plans to stay away from Blevins in spite of his struggles.

"We're going to continue to give him the ball," Williams told reporters.

"Today he gave up the base hit to the pitcher and the broken-bat hit and then you get to the middle of the order and they're tough on anybody.

"It's a situation where we're going to have to continue to give him the baseball in those types of situations, we lined it up pretty good to face lefties and it didn't happen today, but hopefully next time he goes out it will happen for him." 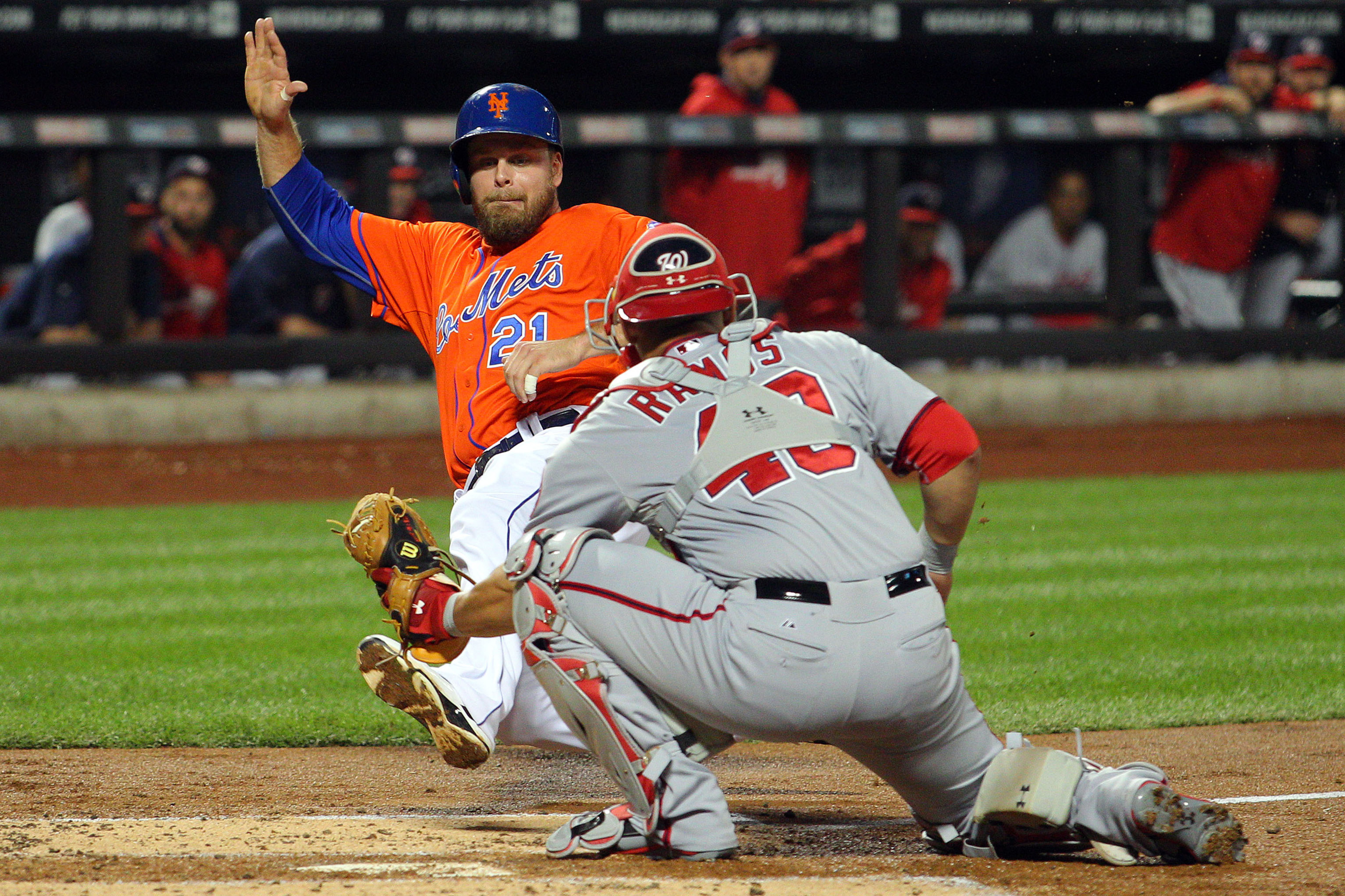 Blevins took the mound last night in New York, with lefty Lucas Duda, right-handed catcher Travis d'Arnaud and left-handed outfielder Curtis Granderson lined up and retired the Mets in order in a 13-pitch frame, striking out the side and keeping it close so the Nationals could attempt to rally in the top of the ninth.

It was Blevins' fourth scoreless appearance in five outings this month, but with other left-handed bullpen options like Ross Detwiler, Matt Thornton and even Xavier Cedeno available, and one starter likely to join the pen in October, is Blevins on the outside looking when it comes to the postseason roster?