Williams, the third overall pick of the '86 Draft, was 2 for 21 for the San Francisco Giants over his first six-plus games in the majors and 0 for 1 with a walk when he stepped in against Dedmon with two out in the seventh inning, behind 3-2, and tied it with a solo shot to left field in Candlestick Park.

The Giants went on to win that game 4-3 when Giants' third baseman Chris Brown scored from third base on an error on a grounder to second off Williams' bat.

After the first-year manager watched 25-year-old Washington Natinonals' outfielder Steven Souza hit his first MLB home run on Wednesday night in Atlanta, Williams was asked if he remembered the circumstances of his own.

"I actually hit it against the Braves," he recalled after the Nationals lost, 3-1, in the series finale in Turner Field.

Souza crushed a 1-1 change from Braves' lefty Alex Wood, giving the Nats a 1-0 lead with one out in the fifth inning.

A three-run bottom of the fifth put Atlanta ahead for good, however, as the struggling Braves salvaged the third game of three with the 2014 NL East Champs and snapped their own five-game losing streak.

Souza's blast came in his 17th game and his 17th major league at bat.

He was 1 for 16 before his second trip to the plate on Wednesday and 2 for 17 after he hit the 400ft+ blast out toward the batter's eye in the Braves' home.

WATCH: Congrats to @StevenSouzaJR, who hit the first MLB home run of his career tonight and put the #Nats up 1-0! http://t.co/vya6RwGaye

In his eighth season in the Nationals' system after he was drafted in the third round in 2007, and his first season at Triple-A in the organization, Souza put up a .350/.432/.590 line with 25 doubles, two triples and 18 HRs in 96 games and 407 plate appearances for the Syracuse Chiefs this summer and he made three short trips to the majors, debuting in April and coming back in May and August before he was called back up again in September. 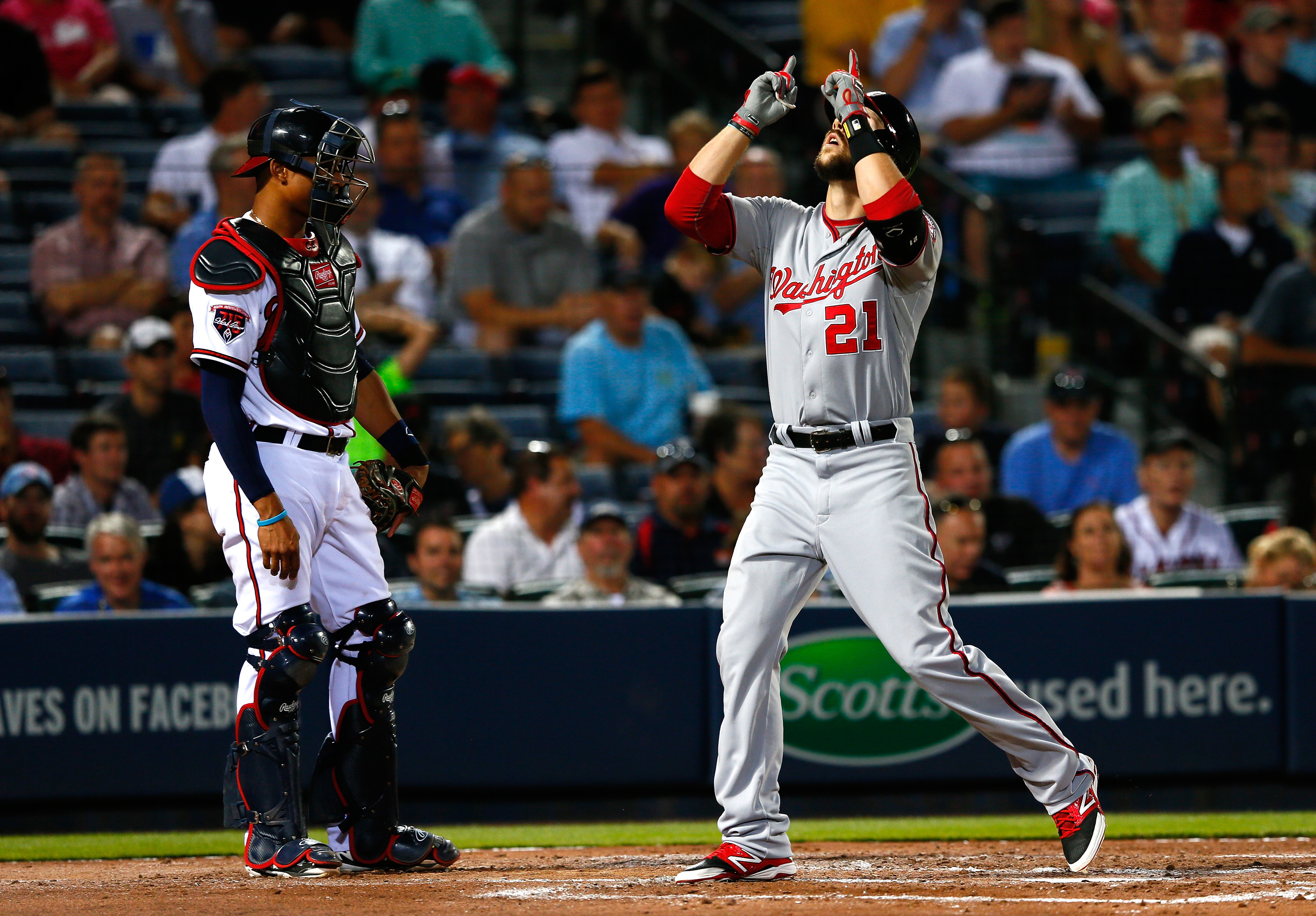 "He's got power to all fields. He had an incredible year in the minor leagues this year. The times that he was up he really didn't get a whole lot of opportunity. Got some at bats, but not a lot.

"But again, he's like Michael [Taylor]. It's the same situation. It's good experience for them being young players and young promising players to be here and be part of it. So, there may be other opportunities as we go along for the rest of the season too."