The Washington Nationals know they're going to be playing postseason games, and during the last homestand they talked about the difficulty of late afternoon starts in Nationals Park. Will they have to deal with the shadows again in October?

Though the Washington Nationals don't know who their opponent will be, they know now that they will be bringing postseason baseball back to the nation's capital in October.

The Nats clinched the NL East this week in Atlanta's Turner Field, but during last week's homestand they received a reminder of just how difficult it can be to deal with the not only the so-called "sun monster" in the outfield in Nationals Park, but also the shadows cast over the mound and infield during afternoon games.

"You saw a lot of guys swinging and missing, taking pitches right down the middle, but you just have to battle through it and play through it..." -Denard Span on trying to hit Aaron Harang in shadowy Nats Park

Braves' starter Aaron Harang and Nationals' right-hander Stephen Strasburg went head-to-head in a 4:05 PM start, matching one another with four scoreless to begin the matchup as the sun set over Washington, D.C.

"Today is pretty tough peeping out there," Williams said after what ended up a 6-2 loss in which Harang held the Nationals to six hits and one unearned run.

Strasburg gave up seven hits and three earned runs, but none of the scoring took place until the fifth inning.

"It's... shadows are tough," Williams told reporters, "breaking ball especially when you have shadows like that [it's] difficult and change of speed. And [Harang] can do that really well, regardless of shadows or not. But he just changes speeds and throw strikes to both sides of the plate at any time in the count. So he's difficult."

"Five o'clock is probably the worst it is. Then once an hour goes by you're fine, but it's pretty brutal for the first three or four innings." -Bryce Harper on the shadows in Nats Park in the afternoon

Asked if the sort of shadows both teams dealt with could be a problem going forward, Williams refused to bite and entertain the idea of it being a problem in the postseason, joking instead that they wouldn't be an issue in the immediate future.

"Probably not in New York over the next four days," he said. "That's all we're concerned about."

Nationals' leadoff man Denard Span admitted both teams were having trouble picking up the ball.

"It was tough man," Span said. "It was tough to pick up his pitches. I think in the middle part of the game I was talking with a couple of their players while I was on base and they were saying it was pretty tough to pick up Strasburg as well. You saw a lot of guys swinging and missing, taking pitches right down the middle, but you just have to battle through it and play through it, you have to play through the conditions."

"Definitely it's tough,' Bryce Harper said, after going 1 for 4 with a home run off Craig Kimbrel late in the game, "but I think we've got to get used to it."

"We might have to play 5:05 games like we did the first year," the 21-year-old outfielder said, referring to the NLDS games he played against the St. Louis Cardinals as a rookie. "So definitely it's tough, but you've got to get used to it and go in there and not try to worry about the shadows or anything like that."

"Five o'clock is probably the worst it is," Harper explained. "Then once an hour goes by you're fine, but it's pretty brutal for the first three or four innings. So it's definitely a pitcher's advantage, but we've got to get used to it." 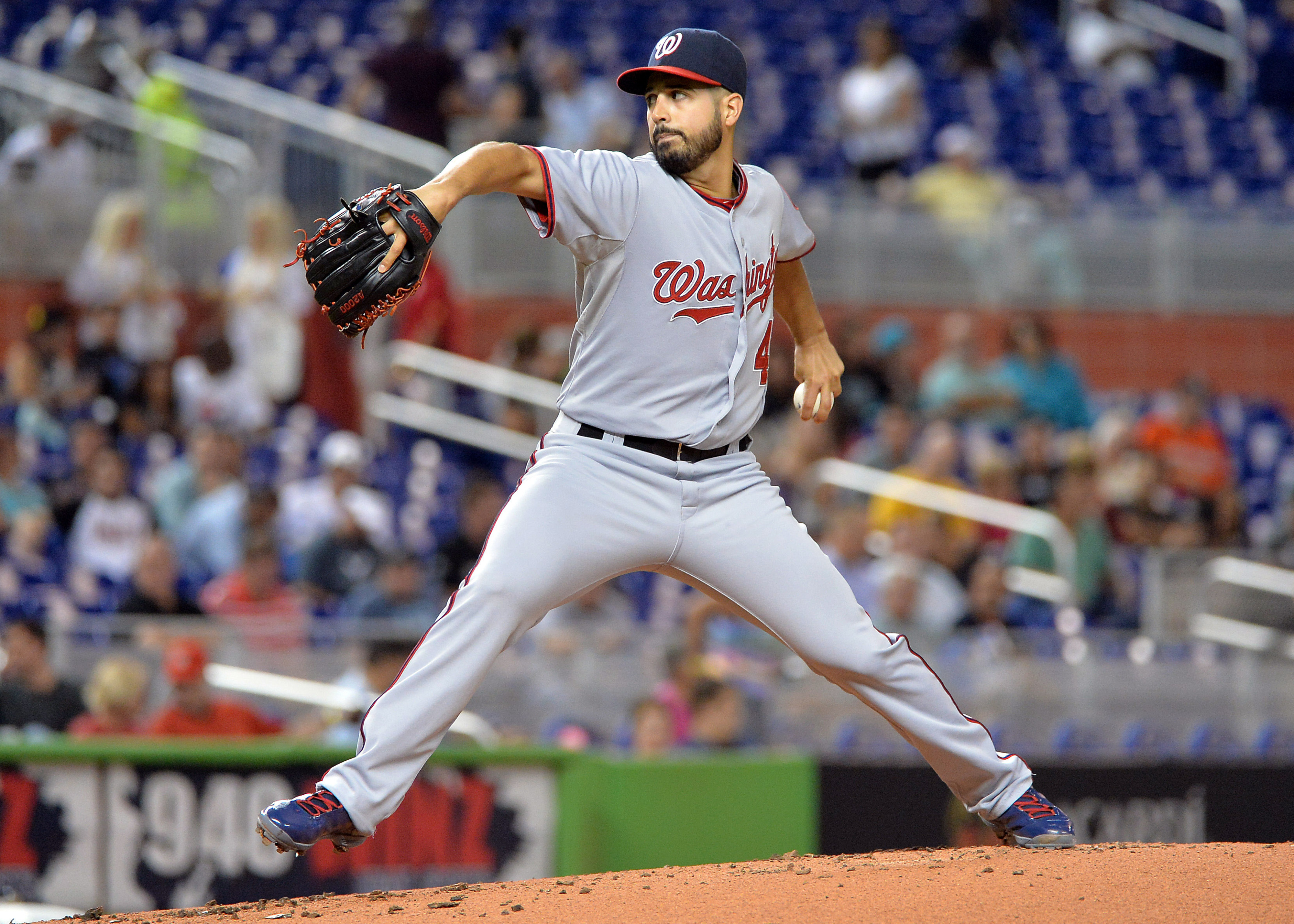 During the 2012 postseason the Nationals had to deal with the shadows in St. Louis as well.

In late 2011, former Cardinals' outfielder Lance Berkman went so far as to call the conditions there a "farce", suggesting that it was bad enough that afternoon starts were something players should bring up in negotiations for the collective bargaining agreement.

The Nationals don't know where they will be playing NLDS games this time around. If they have to deal with late afternoon shadows, they will. #postseasonproblems