Washington Nationals' first baseman Adam LaRoche's 25th home run of the 2014 campaign landed three rows deep in the upper deck in Marlins Park last night. After the Nats' 3-2 win, Matt Williams talked about what he likes to see from the 34-year-old slugger.

The six blasts are the most the 34-year-old middle-of-the-order bat has hit in any month this season, matching the mark he set in August with six in 29 games and 122 PAs.

"He's hit a couple of homers. I don't think that is the end-all-be-all as far as his swing goes. I like when he hits the ball back through the middle..." -Matt Williams on Adam LaRoche, March 2014

Nats' skipper Matt Williams stressed, after LaRoche bounced HR no.24 off the top of the foul pole in Citi Field last week, what he has said since Spring Training about the left-handed slugger's work at the plate.

When LaRoche is locked in offensively, he's hitting the ball the other way or back up the middle, and the home runs will come.

Williams reiterated the point when asked last week about what's happening right now for LaRoche that's allowed him to hit for power like he has so far this month.

"I just think when he sees the ball," Williams explained. "It's indicative tonight of when he is seeing the ball, he hits not the homer, but the single. And he hits it the other way. It just means he's staying back and he's waiting for the baseball. And that side of the field is pretty open for him most of the time, so when he can take advantage of that then he's very effective."

"The key for him though is that ball to left-center and when he's doing that we know he's really on. We haven't seen that in a couple days cause he hasn't played..." -Matt Williams on Adam LaRoche's success at the plate

Though LaRoche has been dealing with a lower back issue for the past few weeks, he's continued to produce when he's taken the field. After two days off, he returned to the lineup last night and drove in two of the three runs the Nats scored with his two-out, two-run blast., which came on a 3-2 fastball from Koehler.

"I just think he's fresh when he gets a couple of days," Williams said of LaRoche's ability to take days off and come back swinging.

"We've seen it on days when he's been really tired too and had to get in the game. So, it just a question of getting a pitch to hit. And he's got power to his pull side. If he gets a ball that's middle, middle-in he can do that.

"Again, the key for him though is that ball to left-center and when he's doing that we know he's really on. We haven't seen that in a couple days cause he hasn't played, but he swung it good tonight."

With his sixth home run in September, LaRoche reached 25 HRs for the sixth time in his eleven major league seasons and the second time in his four seasons with the Nationals.

Outside of his first campaign with the Nats in 2011, when his season ended early with shoulder surgery, he's been the consistent contributor Rizzo described when he signed LaRoche to the first of consecutive two-year deals. 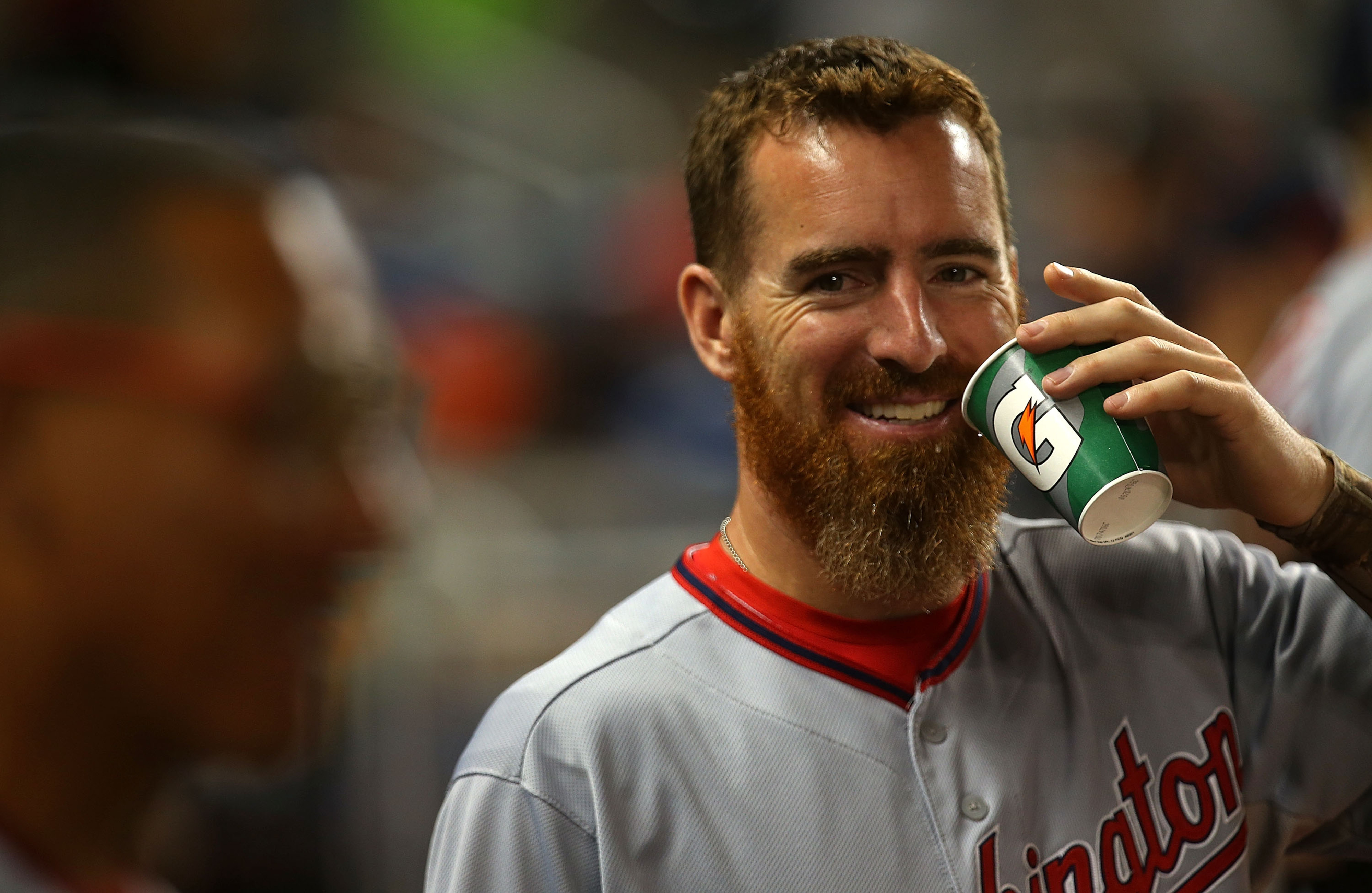 "Means a lot," he told reporters. "It just means that you're playing. [LaRoche] is going to run into homers, but the key, again, for him is getting that two-run single or whatever it is. So, that makes for a really good year. Twenty-five homers is a lot. And he missed some time. It's a good milestone for him."

Now LaRoche is gearing up and preparing for his fourth postseason run, after going to the NLDS twice with Atlanta in 2004-5 and helping the Nationals bring playoff bacseball back to D.C. in 2012.