It's LaRoche's world, we just live in it. Still, I would have liked to see him pitch, too. 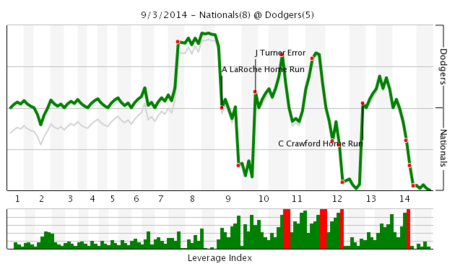