Washington Nationals' skipper Matt Williams talked this morning about allowing his players to define their own identity this spring. The Nationals won't quit, their manager said, and their recent road trip provided more proof of their approach to the game...

In an appearance on the show "First Pitch" this morning, Washington Nationals' manager Matt Williams talked to MLB Network Radio hosts Jim Memolo and Todd Hollandsworth about the recently-completed road trip that started with a three-game sweep at the hands of the Philadelphia Phillies in Citizens Bank Park.

Williams said he was proud of the way his team responded to the three straight losses in CBP.

"It's part of our DNA. We established that in Spring Training. And it's part of the way we have to play the game if we're going to be successful." - Matt Williams on the Nats applying pressure

"The way the road trip started off, Philly played us really well," Williams said. "They took three in-a-row from us, in Philly. And then knowing, going to Seattle and L.A., that those are tough series, it's easy for your team to say, 'You know what, this is not going to be our road trip,' or if you get in a game like we got into the last game [in Los Angeles], 'We're going home, we've got an off day tomorrow,' it's human nature for anybody just to say, 'Well today's not our day,' and let it go.

"But these guys don't do that. They play hard until the game is decided. And there's only one way that game is decided, and that is when the last out is made. So in-between that, from the first pitch to the last out, they just don't quit and that's a fantastic trait to have for a baseball team."

The 5-hour, 34-minute, 14-inning win over the Dodgers on Wednesday, according to Williams, was one of those games you end up looking back on if you end up doing something special.

"That's how championships, potentially, are won," the former major leaguer-turned-manager explained. "If you get to where you want to get to, at the end of the day, and you get a chance to play in October, then you look back on those games and you go, 'Man, that was one of those games that really helped us get to where we're at."

In winning consecutive series in Seattle and Los Angeles, Washington's Nationals passed tough tests, Williams said, but there are tests every day in every game, he explained, and the important thing he took from the road trip was how the Nats responded to adversity.

"There were a couple of times during that road trip that they reacted well. Coming out of Philly, being swept and going and beating Felix Hernandez." -Matt Williams on the Nats' recently-completed road trip

"There were a couple of times during that road trip that they reacted well," he told the show's hosts. "Coming out of Philly, being swept and going and beating Felix Hernandez. The last game is an indication of that too. Being down, coming back tying the score, going ahead again, having it tied by them and eventually, in fourteen [innings], on the road, on get-away day, short turn-around, noon game after a seven o'clock game, they responded.

"And that's what's telling about our club, that they just don't quit."

So where did this no-quit mentality start? How did they develop their "edge" as Hollandsworth described it? Williams said it was something that has been part of the Nationals' DNA since the start this season.

"It happened back in Spring Training," the first-year skipper said. "We sat down as a group and staff and players sat down as a group and we as a staff asked the question of the players. 'What is your DNA?' And we got some strange looks because they didn't know what we were talking about or how to answer it. We wanted them to develop the way they play the game...

"As a player, sometimes you can dictate the way the game is played, certainly you can dictate how you play the game, so we asked them to develop their own DNA. And we, as a staff, said 'We're going to support that way you play.' So again, we want to be more aggressive on the basepaths, or we want to go first-to-third, or whatever those things are, that was developed by the players. And what that gives them is a sense of ownership on how they're going to go about it. It also gives them the right as each individual player, to hold those teammates accountable for the way they play that game. That's your 'edge'.

Enjoy Adam LaRoche while you can, Nats fans 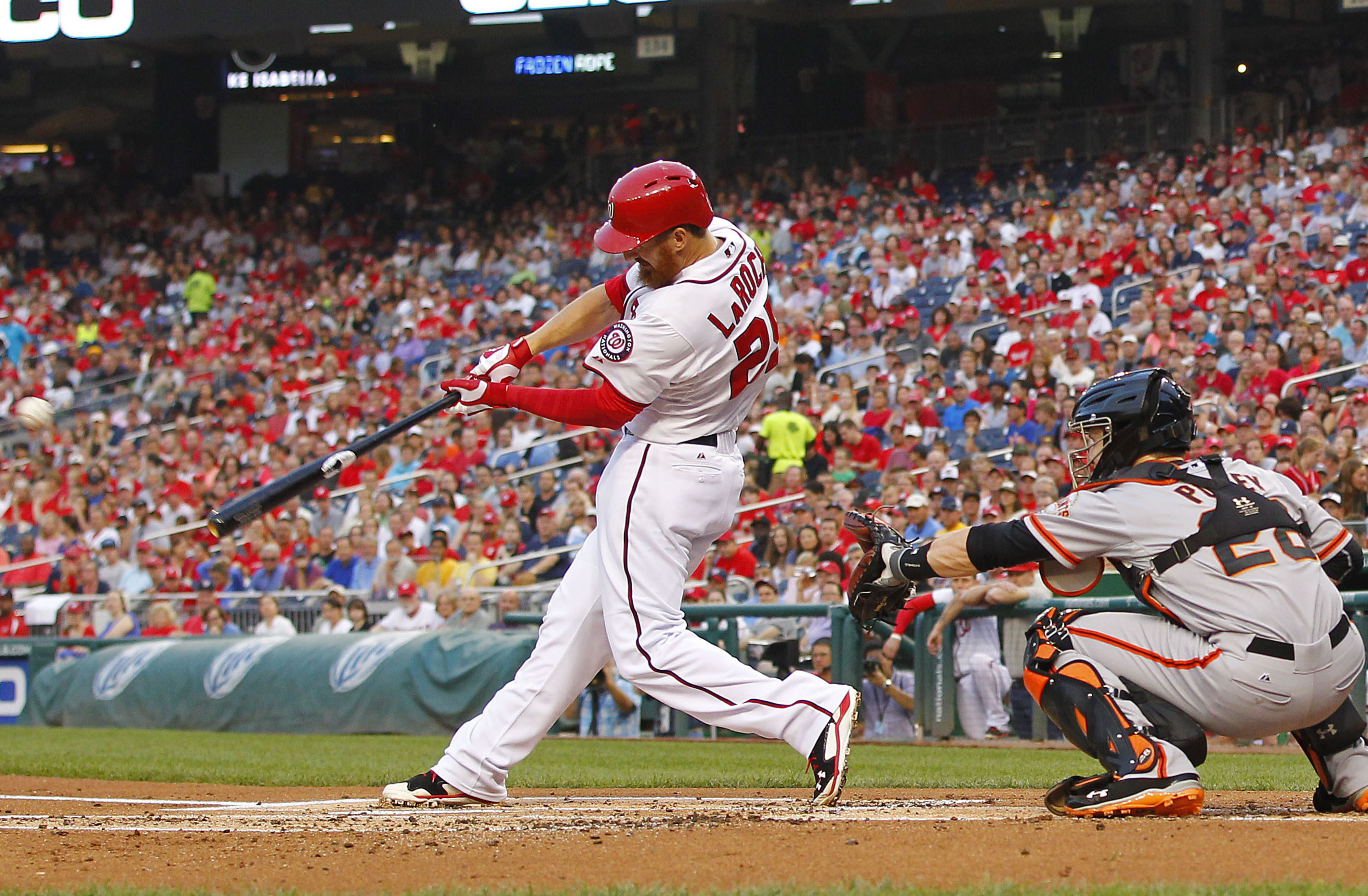 Will it result in a division title? Postseason success? They have to clinch a spot, the division, if they can, and finish the regular season schedule first.

Then they find out if the work that started on the first day of Spring Training pays off.