Blame Sori if you want for this wasted offensive outburst and solid Strasburg start, but there's plenty of blame to go around tonight. ("Booooooo!" says Mrs. Doghouse.) 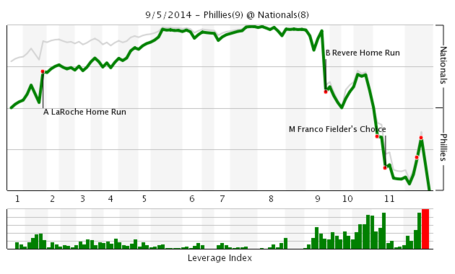 Tonight's WPA brought to you by bullpen management:

(Sometimes a sketch is just a sketch.)