Washington Nationals' manager Matt Williams went to Drew Storen with a lead in the ninth inning on Sunday, but he told reporters again today that the situation at the back of the Nats' bullpen remains fluid...

Washington Nationals' right-hander Drew Storen earned his second save of the season on Sunday with a 17-pitch, 1-2-3 frame against Philadelphia.

"He came in there and shut the door," Nats' skipper Matt Williams said after the Nats' 3-2 win over the Phillies.

"It's going to be an everyday thing, but today set up good for Drew [Storen] and he did his job and closed it." -Matt Williams on Drew Storen vs the Phillies

Williams said he went to Storen, with reliever Rafael Soriano out of the mix yesterday as he tries to sort things out on the mound and fix whatever has been wrong in the second half, because Storen matched up well with the Phillies due up in the ninth, but he also said again that there are options in the pen.

"A lot of them have [experience]," he told reporters. "Matt Thornton has a lot of experience. He's done that as well. So, again, it's going to be an everyday thing, but today set up good for Drew and he did his job and closed it."

Storen. Thornton. Tyler Clippard. Each of the relievers has closed out games in their careers.

So what role will Soriano fill going forward?

The 34-year-old right-hander threw a bullpen session today and though Williams didn't watch it personally, he did discuss the reports he got on the right-hander's work.

"I didn't see him," Williams said, "but he's working on his mechanics. I talked to him in [the clubhouse]. He said he felt good and that's a good sign, that he feels good. Just working on down plane and throwing the ball where he wants to. But I think it all went well."

Williams was asked if Soriano has studied video to find a mechanical flaw, but he said it's more of a "feel" thing that the veteran reliever will have to work out on the mound.

"He's working on his mechanics... He said he felt good and that's a good sign, that he feels good. Just working on down plane and throwing the ball where he wants to." -Matt Williams on Rafael Soriano's bullpen session today

"It's feel more than anything," Williams explained. "You can watch video all you want. It's like a hitter. You can say, 'Oh, well, I'm stepping in the bucket,' or, 'I'm diving too much,' but you have to feel it and you have to get in there and actually do it and work on it and it does take some time.

"Video is great and watching yourself pitch is one thing, but you have to feel it. You watch that video and it's from a completely different angle. It's not direct behind the mound or directly behind the plate, so that gives you a little false sense of what's happening, so you have to get back on the mound and feel it."

Up next for Soriano?

"See where we're at as far as the games go and look to get him in a game," Williams said. "Where that will be and when it will be we don't know because we haven't started playing the game yet."

"It was a pretty good bullpen today," he said. "A good, hot bullpen and that would be just like pitching in a game, so there's no reason that he couldn't go back-to-back like he would normally, but we'll see how the game unfolds and where we're at."

The closer situtation, the first-year skipper said, remains "fluid," with the decision on who pitches the ninth still to be determined by matchups and circumstances.

"We have four guys that have experience doing it and if we have to make an adjustment then we can," Williams said, "and have confidence in those guys that would be in that ninth inning."

"He came in there and shut the door." - Williams on Storen 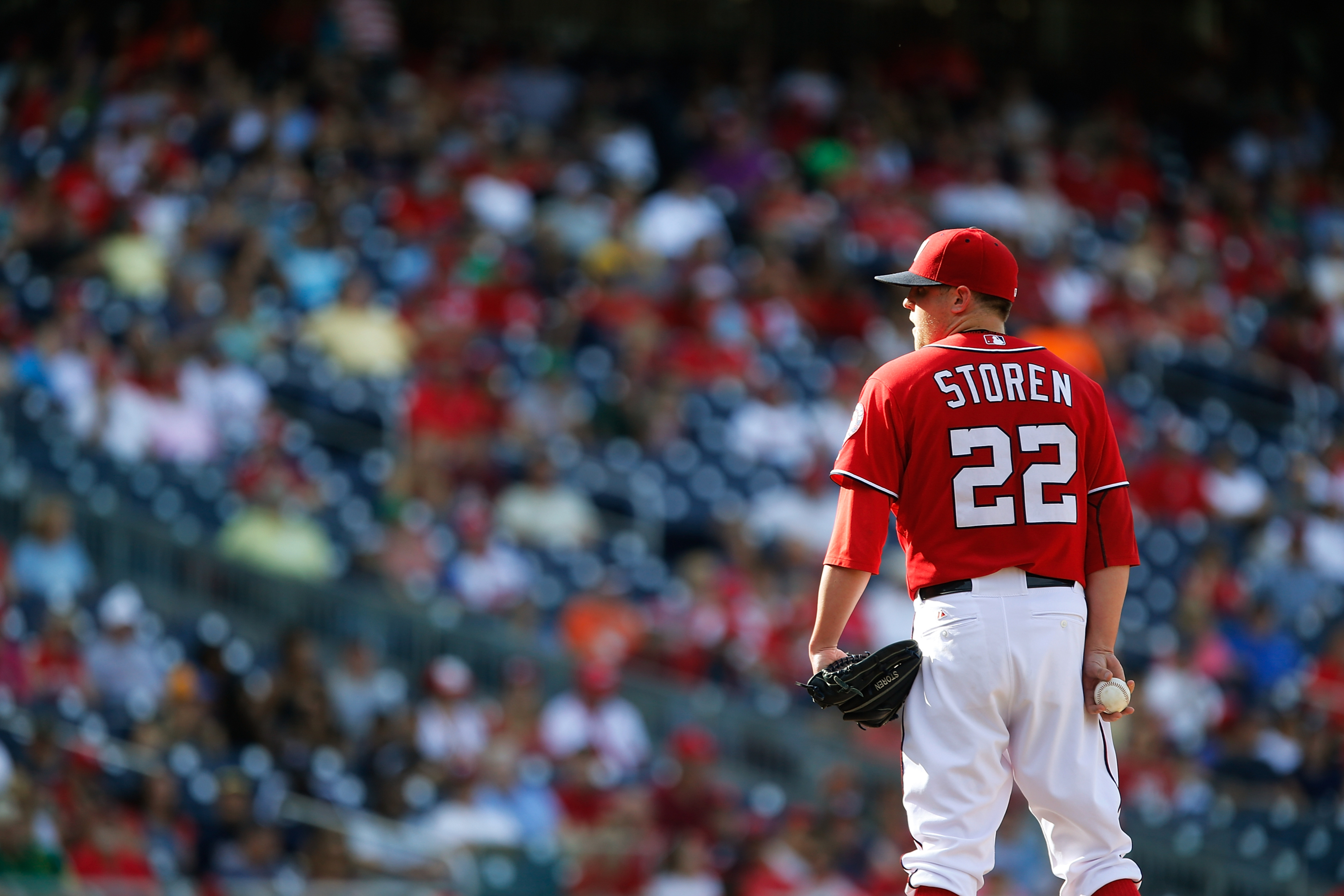 "I'd also say that it is fluid. Like yesterday, when I tell you guys that it is fluid, it's true. So it depends on the matchup. It depends on success for that particular pitcher against that particular team. So right now that's the way we're going to go about doing it. And we're going to try to get the best guy out there, given all that experience that they have that can close that last inning out for us."

"It's also depends on the seventh and eighth," Williams said. "How do we get a chance potentially to have a lead going into the ninth. That also plays a big part in it."

"We'll do whatever we can to put the guys in a situation to succeed, whether it's seven, eight or nine and it could be a number of guys, so that's kind of where it stands."