In two starts against the Atlanta Braves this season, Washington Nationals' right-hander Doug Fister has thrown 15 scoreless innings including seven last night in the Nats' 2-1 win over their NL East rivals.

Share All sharing options for: Nationals' starter Doug Fister up to 15 scoreless innings vs Braves this season

Doug Fister was through 6 ⅔ scoreless last night and up to 14 ⅔ scoreless against the Atlanta Braves in two starts this season when he issued a two-out walk to Tommy La Stella in the seventh inning. The walk to La Stella put two runners on two outs after the Nats' 6'8'' right-hander walked Freddie Freeman to start the frame.

"I wasn't going to take him out. I just wanted to go out there and let him know that he had this guy." -Matt Williams on seventh-inning mound visit with Doug Fister

When Nationals' skipper Matt Williams came out of the dugout and headed toward the mound, the assumption from many in the crowd, who began to cheer Fister's effort on the mound, seemed to be that his strong outing was over.

Williams told reporters after the game, a 2-1 Nats' win, that he was actually just going out to get a feel for his starter's demeanor.

"I wasn't going to take him out," the first-year manager said. "I just wanted to go out there and let him know that he had this guy. He was good. He was adamant about having him too."

How did the conversation on the mound go?

"I asked him if he wanted this man, and he said, 'Yes' and I turned around and went back to the dugout."

According to a report by the Washington Post's Adam Kilgore, that's not exactly how it went.

Williams usually walks to the mound with orders, not questions, but now — two outs, two on — he wanted to gauge his pitcher’s mood.

"You want this guy?" Williams asked.

"I want to read him," Williams explained. "I want to make sure that he's feeling okay. And I asked him how he was and he said he was good, so I turned around. I mean, I really had no plans on taking him out, but I want to read his eyes too. But he was intense and wanted the last hitter."

When Williams left the mound instead of his starter, the polite applause in Nationals Park turned into a roar from the announced crowd of 25,448. It didn't subside until the final out of the inning was recorded.

Fister stayed in to face Braves' shortstop Andrelton Simmons and induced a groundout to short, his 10th ground ball out from the 25 batters he faced. Ian Desmond fielded the grounder and stepped on second to end the Braves' seventh and Fister's 15th scoreless inning of work on the mound against Atlanta this season.

"He was good from the beginning," Williams said. "He got in a little trouble there in the last inning, but really good." 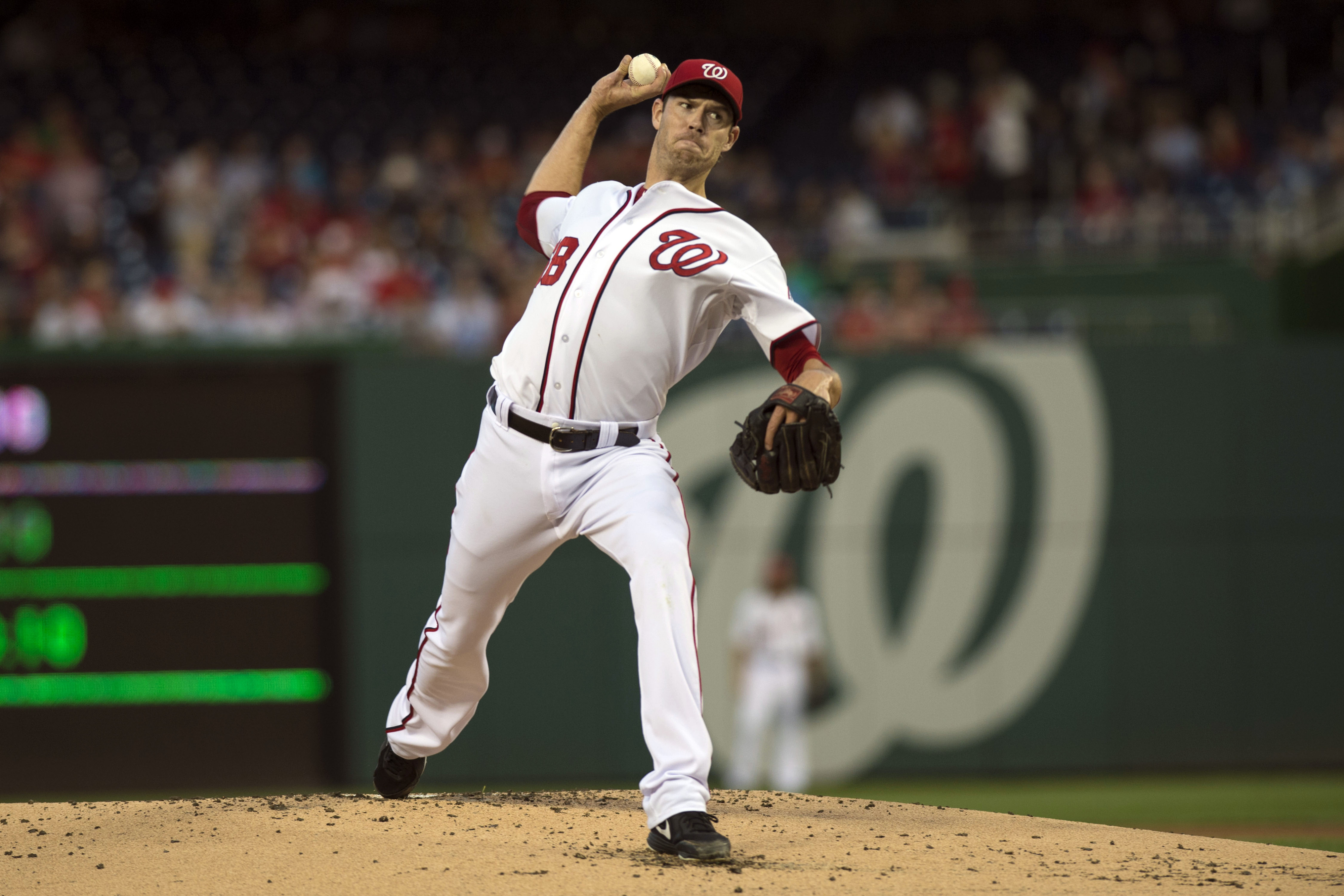 After a rough three-start stretch leading up to last night's outing in which the Nationals' starter put up a 5.94 ERA over 16 ⅔ IP in which opposing hitters put up a .365/.405/.595 line against him, it was a welcome return to form for Fister.

The Nats improved to 5-9 against the NL East rivals this season with the win and 81-61 overall on the year.

• We talked about Fister's outing, the crowd in Nationals Park last night and more on last night's edition of Nats Nightly: