The Washington Nationals signed Max Scherzer to what is reportedly a seven-year/$210M deal last night, adding a top-of-the-rotation arm to an already strong rotation. Is it a signal that the Nats are going all-in for 2015, or are there more moves to come?

The Washington Nationals asked about a few of the Detroit Tigers' starters last winter, before eventually settling on a deal for Doug Fister.

"'And as we turned our focus mostly towards Doug Fister after the GM Meetings, the [talks] kind of progressed to the point where we had specific players in mind in return.'"

"I've got a history with Max and he's obviously a terrific pitcher, front of the rotation-type of guy. But we really did focus in on Doug." -Mike Rizzo on trading for Doug Fister last winter, kicking tires on Scherzer

Though he had history with Scherzer, who was drafted 11th overall by the D-backs in the 1st Round of the '06 Draft when Rizzo was the scouting director in Arizona, the Nationals' GM said Fister was undervalued in his eyes and the two years of team control left at the point appealed to the Nats.

"Well, honestly," Rizzo told ESPN980's Thom Loverro and Kevin Sheehan in a December 2013 interview, "the extra year of control and the projected cost for Doug was really an incentive for us to make the deal. I've got a history with Max and he's obviously a terrific pitcher, front of the rotation-type of guy. But we really did focus in on Doug."

At the 2013-14 Winter Meetings, Rizzo was asked if the Nationals would pursue Scherzer, who hit free agency after reportedly turning down a 6-year/$144M offer from the Tigers last March.

"'There would have to be a lot of moving parts for us to have interest in the free agent pitching market,'" Rizzo told reporters, including MASNSports.com's Pete Kerzel.

In an early January interview with MLB.com's Jason Beck, Boras said when discussing a deal of the magnitude he and Scherzer were after, "[t]his is an ownership decision."

The Nats' history with Boras' clients like Jayson Werth, Stephen Strasburg, Bryce Harper, Rafael Soriano and others and Rizzo's history with the right-hander kept Washington in the conversation all winter while the baseball world speculated on a landing spot.

It still came as something of a surprise, however, when the Nationals signed Scherzer to a seven-year deal last night which FOXSports.com's Ken Rosenthal said in the immediate aftermath would be worth more than $180M.

In a follow-up report this morning, Rosenthal is reporting that the deal is actually for $210M, with half of the money deferred, meaning $15M a year for the next 14 years:

Source: Scherzer deal with #Nationals is seven years, $210M with half deferred. He will receive $15M per year for 14 years.

The original reaction was that the move was likely a prelude to further deals, with Jordan Zimmermann or Ian Desmond, both free agents after the 2015 campaign getting dealt, but multiple reports since the signing was announced say that isn't necessarily the case and the Nationals might be going all-in in 2015 (at least with their starters):

My sense is Scherzer's deal doesn't change the Nats' view of their other starters. They'll listen, but they don't feel forced to deal any.

By essentially paying Scherzer $15M per #Nationals keep financial flexibility for others such as Desmond, Zimmerman, Strasburg 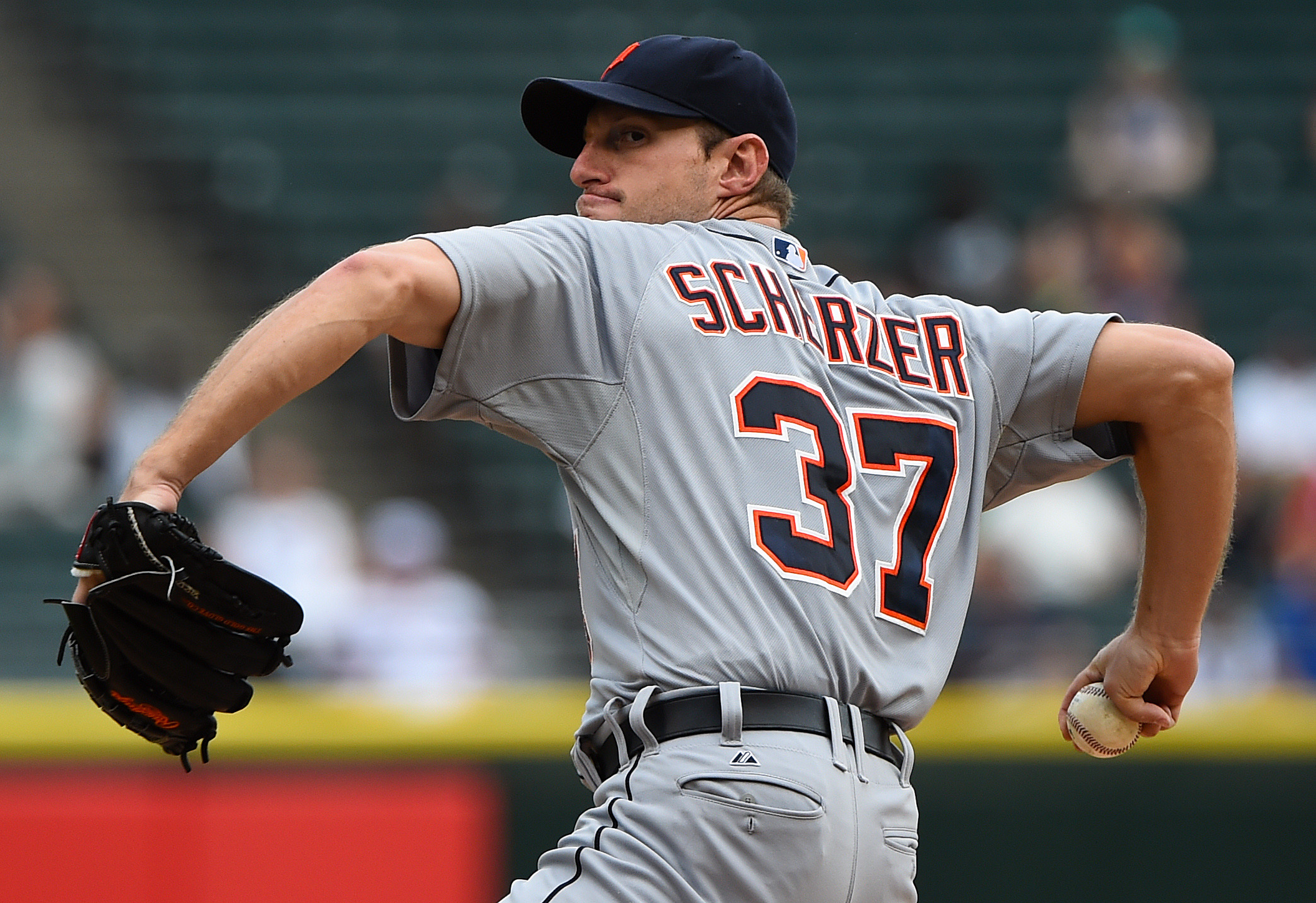 In an article on the signing this morning, the New York Post's Joel Sherman writes that he has, "...been told the Nationals’ plan is to keep Jordan Zimmermann and have a super rotation," in 2015 that will feature Scherzer, Strasburg, Zimmermann, Fister and Gio Gonzalez, allowing them to potentially move Tanner Roark to the bullpen, giving them another right-handed reliever after they dealt Tyler Clippard last week.

What the move signals, Sherman writes, is that Nationals' owner Ted Lerner, 89, wants to see a World Series in D.C. in 2015, is "trying to win it all," in his lifetime and is willing to spend what it takes to give Washington the best possible chance.

Are there more moves to come? Will the Nationals deal any of their free-agents-to-be, or is it all-in in 2015 and sort the rest out later?