ESPN.com's Keith Law released his list of the Top 100 Prospects in baseball this morning. The Washington Nationals landed six prospects on this year's list, starting with Lucas Giolito, who was ranked 8th overall after a strong 2014 campaign.

ESPN.com's Keith Law ranked the Washington Nationals' farm system the 9th best in baseball when he released his 2015 Farm System rankings yesterday. In bumping the Nats' organization from no.18 overall on his 2014 list to no.9, Law wrote that the Nationals got a "big boost" with the selection of 1st Round pick Erick Fedde and the addition of "two top-100 prospects" in the three-team trade with the Tampa Bay Rays and San Diego Padres which netted right-handed pitcher Joe Ross and a PTBNL widely reported to be 2014 1st Round pick Trea Turner, who can't be traded until June.

The addition of two "top-100" prospects gave the Nationals six prospects overall on Law's Top 100 Prospects list for 2015, which was released this morning.

Law writes that what Giolito accomplished in 2014 was impressive not only because he's still working his way back from Tommy John, but also since he, "... hasn't even been allowed to use his two-seam fastball and is still developing his changeup..." which leaves room for even more improvement as he moves up in the organization.

"When he reaches Double-A," Law adds, "he'll be able to restore his two-seamer and become a true four-pitch guy."

In Law's opinion, Ross was a potential no.2 starter before experiencing shoulder issues in 2013, but could still be a "very effective no.3" in the future.

Michael Taylor, who made his major league debut this past season, stays on the prospect list for another season, with Law ranking him 71st overall this year.

"He is, I think, really unique in that he is a -- if you were putting scouting numbers on him, he is an 80 defender..." - Matt Williams on outfielder Michael Taylor, August 2014

In Law's estimation, Lopez's, "... ceiling is second only to Lucas Giolito among Nationals' starter prospects."

Trea Turner, 21, who will remain in the Padres' system until he can be traded this June, lands at no.88 on Law's Top 100 after being drafted in the 1st Round last June and making his professional debut quickly thereafter. 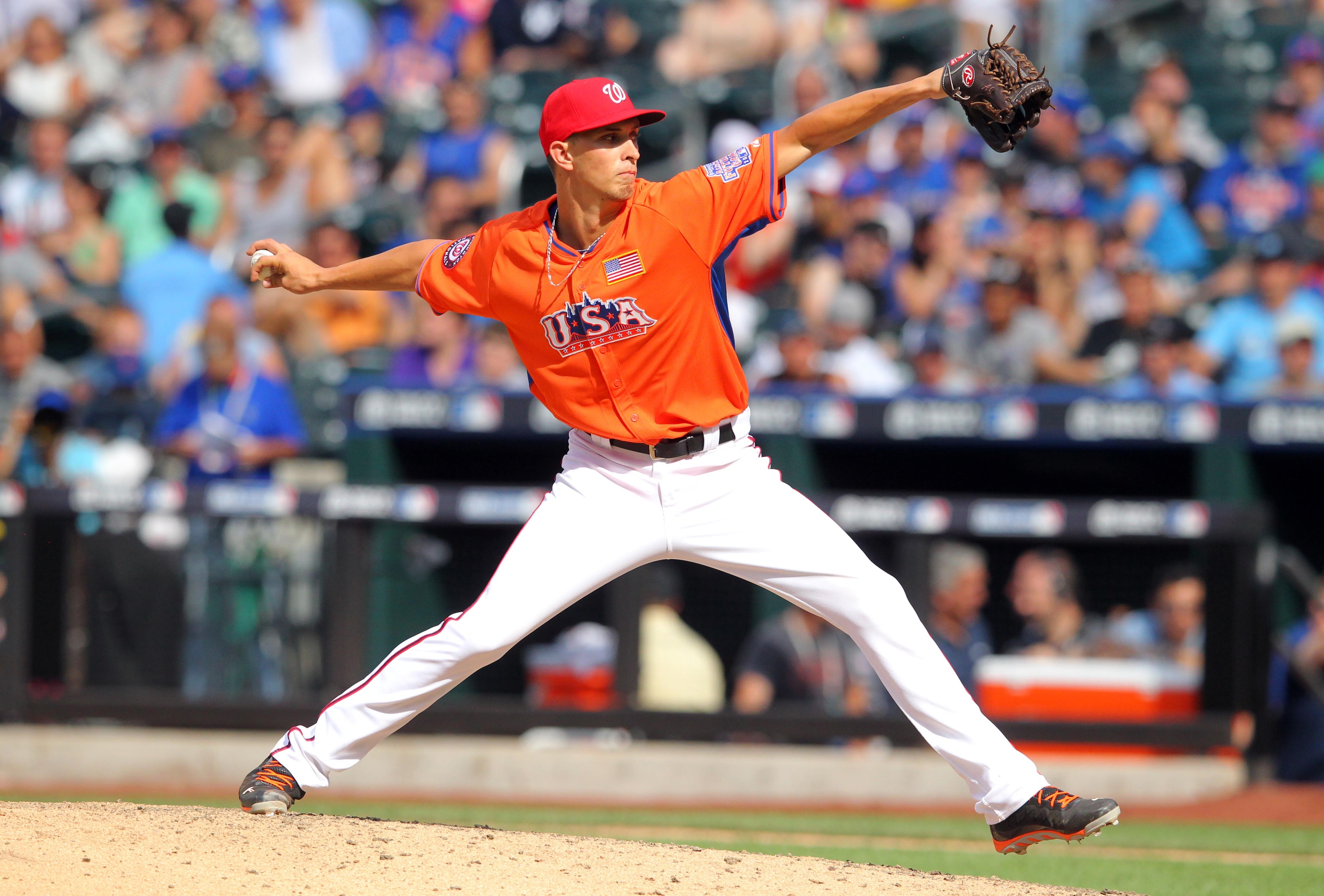 Law projects that the shortstop acquired along with Ross from the Padres this winter, "... could end up an average or slightly better defensive shortstop who hits .280-.300 with 40 steals a year."

Law writes that after another "half-season or so" of success at Triple-A, Cole will be ready to pitch in the majors.

Check out Law's entire Top 100 Prospects list through the link below, though it is, of course, for INSIDERS only: