Is Washington Nationals' GM Mike Rizzo on the hot seat in 2016 after disappointing season?

There will be a new manager in the nation's capital in 2016. The roster will have a decidedly different look when all the free agent decisions are made. But Washington Nationals' GM Mike Rizzo will still be at the helm. Can he turn things around?

Share All sharing options for: Is Washington Nationals' GM Mike Rizzo on the hot seat in 2016 after disappointing season?

Matt Williams lost the clubhouse. Reportedly lost it at least. Washington Nationals' GM Mike Rizzo was asked about the widespread reports of dissent before the decision was finally made to part ways with the second-year skipper, but he declined to respond to the rumors that Williams' communication skills were lacking and his in-game decision-making, especially when it came to the bullpen, was being questioned by his players.

Was there a disconnect between the players and manager as some anonymous players reportedly claimed?

"If I knew who that person was, I would respond to it," Rizzo said in a late-season interview with reporters.

"When it's some blind accusation from an unnamed source, I don't react to those."

As for the clubhouse? Was there a problem there?

Yes, this was after the dugout altercation between Bryce Harper and Jonathan Papelbon. But even then, Rizzo said that the veteran reliever, before the incident, had fit in well with the rest of the Nationals.

"Papelbon has fit in nicely in the clubhouse and in the bullpen. I think this was an isolated incident and that Jonathan will learn from it. I think he will react differently the next time."

Will the next time be in a Nationals uniform? When the Nats acquired the veteran closer, they immediately picked up his option for 2016 as part of the negotiations, though it was reduced from $13M to $11M.

MLB.com's Bill Ladson described Papelbon as "all but gone" in a postseason look at the Nationals' roster, but as Rizzo said after the incident he is still under contract for the 2016 campaign.

"He's under contract. We're going to evaluate every moving part that we have after the season and we'll make all those decisions once the final out is made in 2015."

With Drew Storen's future uncertain, after the Papelbon deal and a reported request for a trade, the back end of the bullpen is a big question mark going into the offseason.

Where will the Nationals turn for relief help at the back of the bullpen? Closer? Set-up man? Seventh and eighth inning options? Some of those spots can be filled by the players already in the organization, but not all of them.

There are plenty of questions going into the 2016 campaign. How will the infield be aligned? When will Turner take over at short? If he's not up at the start of the season, who's the Opening Day shortstop? Danny Espinosa? Or Yunel Escobar? Assuming, of course, that Desmond does leave.

Who fills out the rotation behind Max Scherzer, Stephen Strasburg and Gio Gonzalez... again, assuming Zimmermann is gone?

Can Tanner Roark return to form in the rotation after being pulled back and forth between the bullpen and rotation this season?

Can Joe Ross step in and continue to produce like he did after being called up from Double-A somewhat surprisingly last season?

"We relied on some young players in the back end of the bullpen at the back end of games and they weren't fully-developed and fully ready for the role and I take responsibility for that portion of it." -Mike Rizzo on injuries impacting the Nats' bullpen

Do the Nationals have to go out and spend on pitching for the rotation, bullpen or both to make sure that injuries don't once again put them in the position they found themselves in this season?

Rizzo, in an MLB Network Radio interview last month, put the blame on himself for at least the bullpen aspect of the Nats' struggles.

"Specifically the injuries in the bullpen were problematic because we didn't backfill those spots when a [Craig] Stammen and then later on when a [David] Carpenter went down and that type of thing.

"We relied on some young players in the back end of the bullpen at the back end of games and they weren't fully-developed and fully ready for the role and I take responsibility for that portion of it."

In his late-season "exit" interview with reporters, Rizzo was asked to assess his own role in the disappointing campaign.

"When things go wrong, you find out where your deficiencies are. Things went wrong quickly and they went wrong very often.

"Probably, I would say that, looking back at the season, when I look back at it, I'll probably see some things that I should have done different, things that I didn't do.

"Everything rolls down from the General Manager and the President of Baseball Operations' office.

"I take full responsibility for the quality of players that we put on the field. That goes from the 2009 season, when I took over."

Asked about the status of his own job at that point, after Williams and the Nationals' coaches were dismissed and before training staff was relieved of its duties as well, Rizzo said he thought ownership saw the big picture.

"Like I explained before. We feel like we’re one of the really stable and good organizations and franchises in baseball. We’ve won a lot of games over the last four or five years. We’ve got a process in place that makes decisions well. We’ve put together scouting and player development staff that we believe is second-to-none.

"And I think the proof is in the pudding. From 2012 we've had a lot of success not only on the major league level, but on the minor league level." 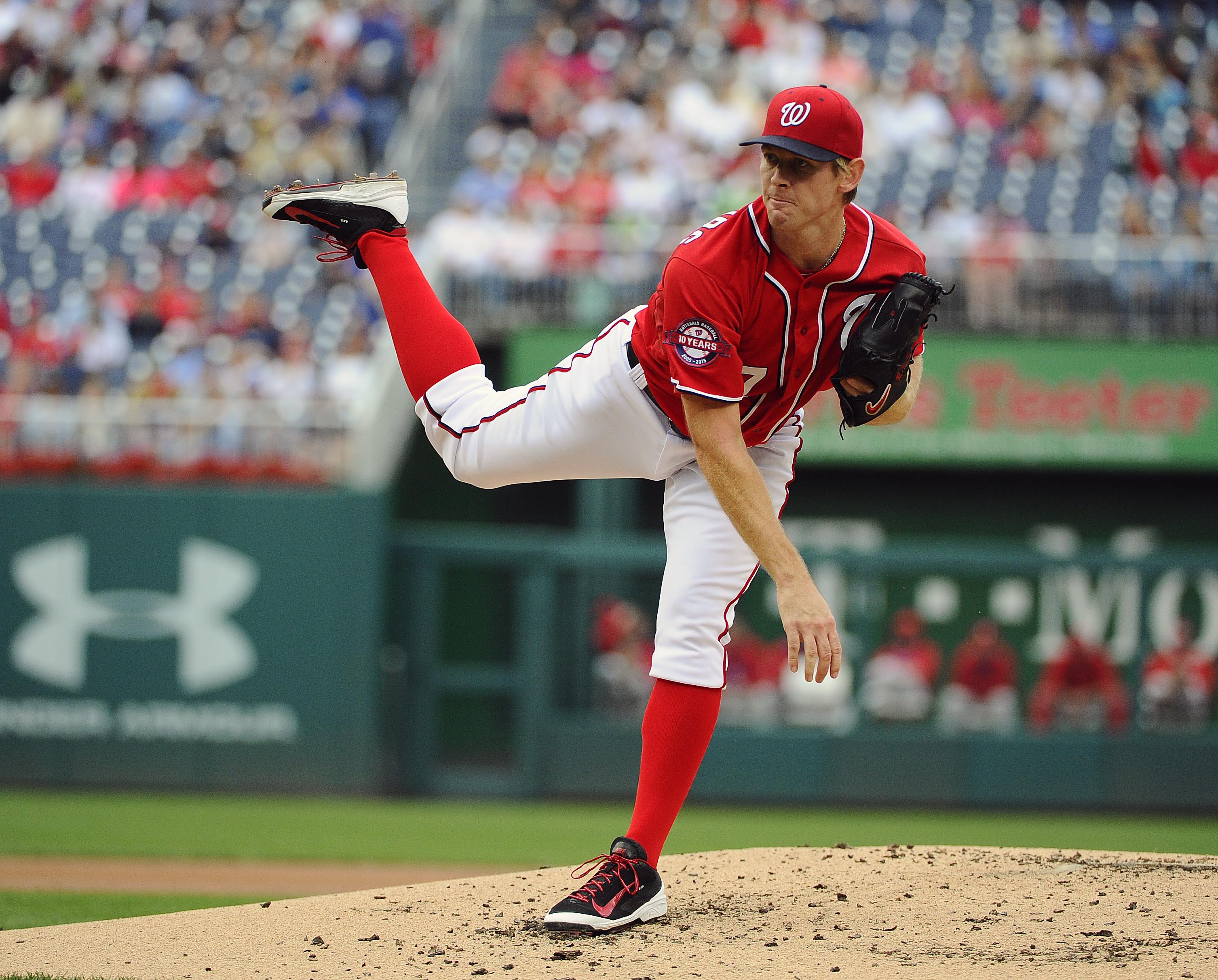 "We have a good, working relationship with the President of Baseball Operations — myself — and the ownership group. We have a trust for each other, and they are an ownership group that’s family-orientated that we work very well together."

Rizzo, himself, is under contract through the 2016 campaign, with a club option for 2017. Does he have something to prove this winter and next season if he wants to remain at the helm in the nation's capital?

How he gets out from under the Papelbon deal, how he rebuilds the bullpen, how he uses the compensation picks he's going to get from whatever free agents get qualifying offers, how he stocks the bullpen this time around and fills out the rotation, who he hires as the new manager...

All of it could go along way in determining what the future holds for the Nationals' front office. In Rizzo We Trust?