So this is what a full season of Nationals' catcher Wilson Ramos looks like?

Wilson Ramos has managed to stay healthy this season, but the Washington Nationals' catcher's offensive numbers have dipped some. So what does the future hold for the 28-year-old backstop who's under team control through 2016?

Share All sharing options for: So this is what a full season of Nationals' catcher Wilson Ramos looks like?

The question for the last few years has been, "What would Wilson Ramos do with a full season's worth of at bats?"

"The boost that he provides for us is he understands our guys, he knows our guys, he's got experience with these starting pitchers. He's one swing away from hitting the ball over the fence." -Matt Williams on what Wilson Ramos provides

Towards the end of the 2013 season, former Nats skipper Davey Johnson talked openly about what Ramos might be able to do if he managed to stay healthy for an entire season.

It didn't happen in 2014, however, with the hamate bone injury on Opening Day costing him the first month-plus of the season and a hamstring injury in June landing him on the DL.

When Ramos got off to a hot start this season with a .313/.331/.391 line over his first 121 PAs, Ryan Zimmermann, among others, talked openly about being impressed and once again wondering what a full season of at bats would look like for the big backstop.

"Because he's obviously a great catcher, but offensively he's very talented and if he can stay healthy and play all year he's another guy that can put up 20 home runs and it's hard to find a catcher who can do that."

Through 159 games for the Nationals this season, Ramos has been able to stay healthy and he's appeared in 127, a career high, over which he's been worth 0.5 fWAR.

As Williams explained it in early July, offensively for Ramos, it's a matter of staying middle of the diamond and taking advantage of pitches up in the zone.

"He's an RBI guy, he's a run-producer. For him, it's about hitting pitches up. If he swings at those balls down, then he gets himself out oftentimes." -Matt Williams on Wilson Ramos

"Man on third, line drive back through the middle. It's just -- he's got the ability to do that, that's why he hits in the middle of the order, because he's an RBI guy, he's a run-producer."

"For him, it's about hitting pitches up. If he swings at those balls down, then he gets himself out oftentimes."

Though the numbers aren't quite what was hoped for, Ramos did finally stay healthy for a full season. Williams talked earlier this year about what the catcher meant to the team at the plate and behind it.

"The boost that he provides for us is he understands our guys, he knows our guys, he's got experience with these starting pitchers. He's one swing away from hitting the ball over the fence.

"He provides middle of the order run scoring and the ability to drive runs in for us. And he wants to play."

"I think that he's strong," Williams said, noting that Ramos came into the 2015 campaign in better shape than previous seasons.

"The leaner he is the better flexibility he's got. Certainly wear and tear will get a catcher over the course of a season, but we're still early in the season and he feels good so we're going to ask him to play, he wants to play and he wants to be behind that plate doing what he can for us."

FBB Archives: Ramos is a horse who's strong as a bull with a meat-grinder handshake 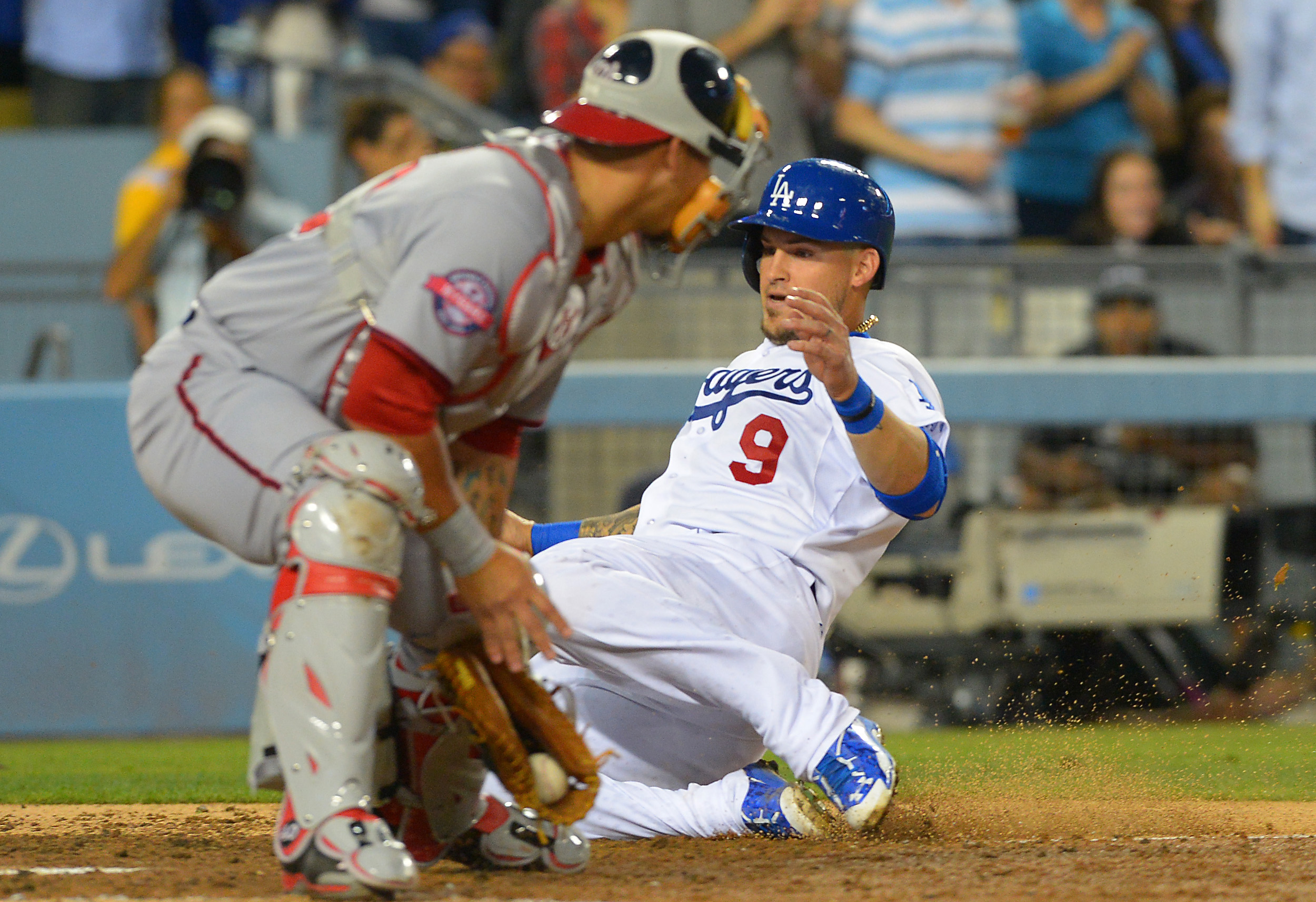 Defensively, on the year, Ramos has put up a .995 fielding percentage and a career-high 44% caught stealing percentage, and as Washington Post writer James Wagner noted in an article on what Ramos has done defensively this season, he's allowed the second-fewest passed balls in the National League this season, and the second-fewest wild pitches amongst qualified catchers.

The Nationals will have a decision to make going forward, however, with Ramos under team control through 2016 and due a raise from the $3.55M he's played for this season.

Is he the long-term solution behind the plate in the nation's capital, or is it time to start looking for the Nationals' future backstop this winter whether that catcher is in the system or out there somewhere?