After a rough start to the 2015 campaign, Washington Nationals' starter Stephen Strasburg finished strong, putting up impressive numbers after his first DL stint of the season. Strasburg talked last night about what he learned in a trying season.

Stephen Strasburg's streak of starts with double-digit Ks ended last night in Atlanta, but Washington's 27-year-old right-hander did manage to throw six scoreless frames on a rainy night in the Braves' home, continuing an impressive run of outings going back to his return from his first DL stint of the season in June.

"It's been really good," Nats' skipper Matt Williams said. "It's health-related. It always has been. And I think he's just finished as strong as he could possibly finish."

Nationals' GM Mike Rizzo said the same in a recent MLB Network Radio interview, explaining that the ankle injury Strasburg suffered this Spring was behind his early-season struggles.

"Thank god he didn't change his mechanics and arm angle to the point that he would hurt his arm because of his ankle. But the ankle had a huge part of his early struggles."

Last night in Turner Field, Strasburg threw 104 pitches total, 77 of them fastballs (52 for strikes) that averaged 95.9 mph and got up to 98, and he mixed in 19 curves and eight changeups according to Brooksbaseball.net.

If not for a long 26-pitch frame in the sixth, Williams said, he could have gone deeper into his final outing of the 2015 campaign.

"I think I learned to be more aware of my thoughts out there and times in the game when you kind of let your focus slip just for the split second..." -Stephen Strasburg on what he's learned this season

"Tough pitch count in the last inning," the second-year skipper told reporters. "So we had to get him out of there at [104], but no use pushing him any further than that."

"If the sixth wasn't as heavy, he would have been fine for seven. But it was pretty heavy, so at this point in the season, no use pushing him to 120 [pitches]."

The season as a whole, Strasburg said last night, has been a learning experience for him, teaching him, among other things, what he can and can't pitch through when it comes to injuries.

"I've learned a lot about myself through this process," Strasburg told reporters. "I think it's obviously good to go out there with a solid outing, but I'm just trying to focus on what I can control and just give it everything I have."

He also, he explained, learned to remain focused on the mound and avoid letting distractions keep him from doing what he needs to do. 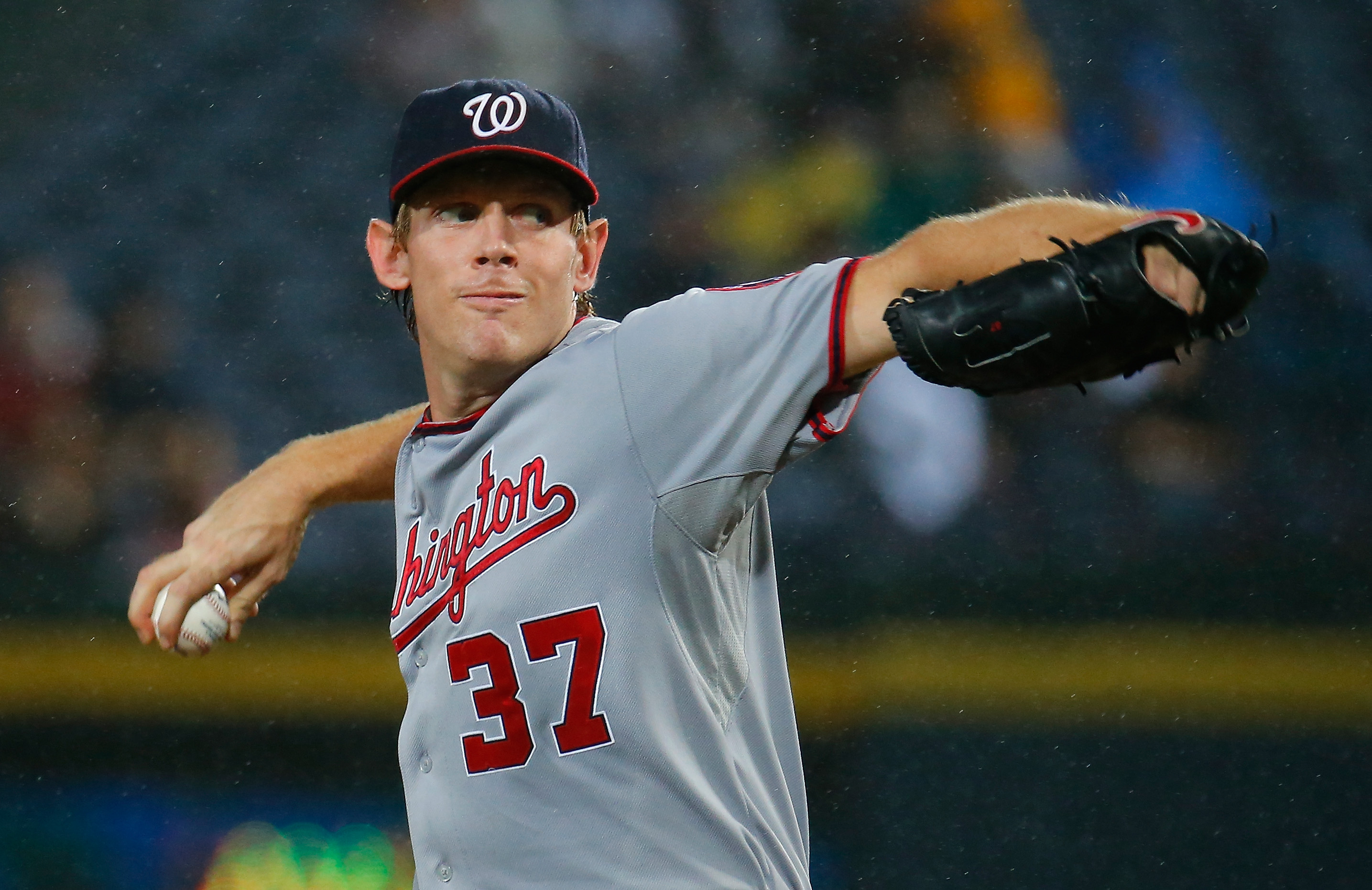 "I think I learned to be more aware of my thoughts out there and times in the game when you kind of let your focus slip just for the split second.

"And I made it a point to not let that happen and just focus on each pitch and just let everything that I've got go into that particular pitch and turn the page."

Can he maintain that focus throughout an entire campaign in 2016? It's Strasburg's last season of team control.

Will the Nationals attempt to sign him to a long-term deal this winter or let him go into his free agent year like Ian Desmond and Jordan Zimmermann before him?

Do the Nats offer a long-term deal to a pitcher who's struggled to stay on the mound throughout his career? Is what he accomplished while healthy this season enough to convince them to make a long-term investment?