So what went wrong for the Washington Nationals? Matt Williams, Jayson Werth and Ian Desmond talked to reporters after Sunday's loss to the New York Mets about how the season ended and the missed opportunity in 2015.

Share All sharing options for: Washington Nationals reflect on missed opportunity in 2015

Before he was relieved of his duties on Monday, and after the Washington Nationals dropped their season finale to the New York Mets on Sunday afternoon, falling to 83-79, Matt Williams was asked what the highlights were for him when he looked back over the 2015 campaign on the Nationals' bench?

"There's a bunch," he told reporters in New York.

"Again, with the injuries, a lot of guys got an opportunity to play that ordinarily wouldn't get that opportunity. So, Clint [Robinson's] year was good. Bryce [Harper] certainly. The guys coming back and working hard to get back.

"We didn't have a chance to make the playoffs for a while, so in that regard it wasn't as tough as it could have been I guess. I look at this season as just an opportunity missed." -Jayson Werth on disappointing end to the 2015 campaign

"I think that Joe Ross was unexpected and a very pleasant surprise for everybody. I think he's got a very bright future too, so there's many. There's things that I think this organization is happy to look forward to."

"I think there's guys coming," Williams said, looking toward the future. "There [are] guys that have proven that they can play at this level that haven't had an opportunity just yet. So I think it's positive.

"I think that the guys in the minor leagues worked hard, made drastic improvements and they're on the verge.

"We do have some potential free agents that have opportunity outside of this club and that will take care of itself in short order, and they'll make the decisions that they need to make for themselves personally and their families and I think the future is very bright."

"They mean the world to me personally," Rizzo said.

"I was one of the instrumental guys when we drafted Jordan Zimmermann and we signed him developed him, had the controversial shutdown to extend his career and he's pitched admirably and unbelievably for us.

"Ian Desmond is the rock of the organization. Again, a guy that when I became the GM we made him the everyday shortstop and has blossomed into one of the best players in all of baseball.

"We didn't win games. You look at what the Mets did down the stretch, that's how you win a division. They got timely hitting, timely pitching..." -Jayson Werth on finishing second in the NL East, missing postseason

"So these guys, when these guys are in their last years and their decision-making years it's very, very difficult both personally and professionally, but that's baseball. We've -- on both sides -- have made attempts to get guys under contract for extended periods of time. It hasn't worked out to this point. I never shut any doors to any players, but if this is the last game that both of these guys play for us I will remember them fondly and as two of my most-favorite players that I've ever been around."

"Those guys are a big part of this club," Jayson Werth said.

"They're like family. You become really close with all the time we spend together and all the games we play together. So, it's going to be tough. Anything can happen obviously, but they'll definitely be missed."

Ask if it was hard when the season ends as disappointingly as it did for the Nationals, Werth said that they at least had time to think about it.

"It's not like we had -- the season was kind of in the bag so to speak for a while now, so the writing was on the wall really," the 36-year-old outfielder explained.

"We didn't have a chance to make the playoffs for a while, so in that regard it wasn't as tough as it could have been I guess. I look at this season as just an opportunity missed. It definitely didn't go the way that we wanted."

Desmond, who struggled offensively and defensively in his contract year, but picked it up for a long stretch in the second half, said he was proud of the way he and his teammates persevered.

"Just that we never stopped playing, you know," he said.

"No matter what we just kept on grinding away. Obviously no one wants to sit here and play pity party, but it was a tough year. We overcame a lot, not enough, but I'm extremely proud of the way we handled our business."

"Obviously the injuries are the one thing that sticks out," Werth said when asked what went wrong.

"But we didn't win games. You look at what the Mets did down the stretch, that's how you win a division. 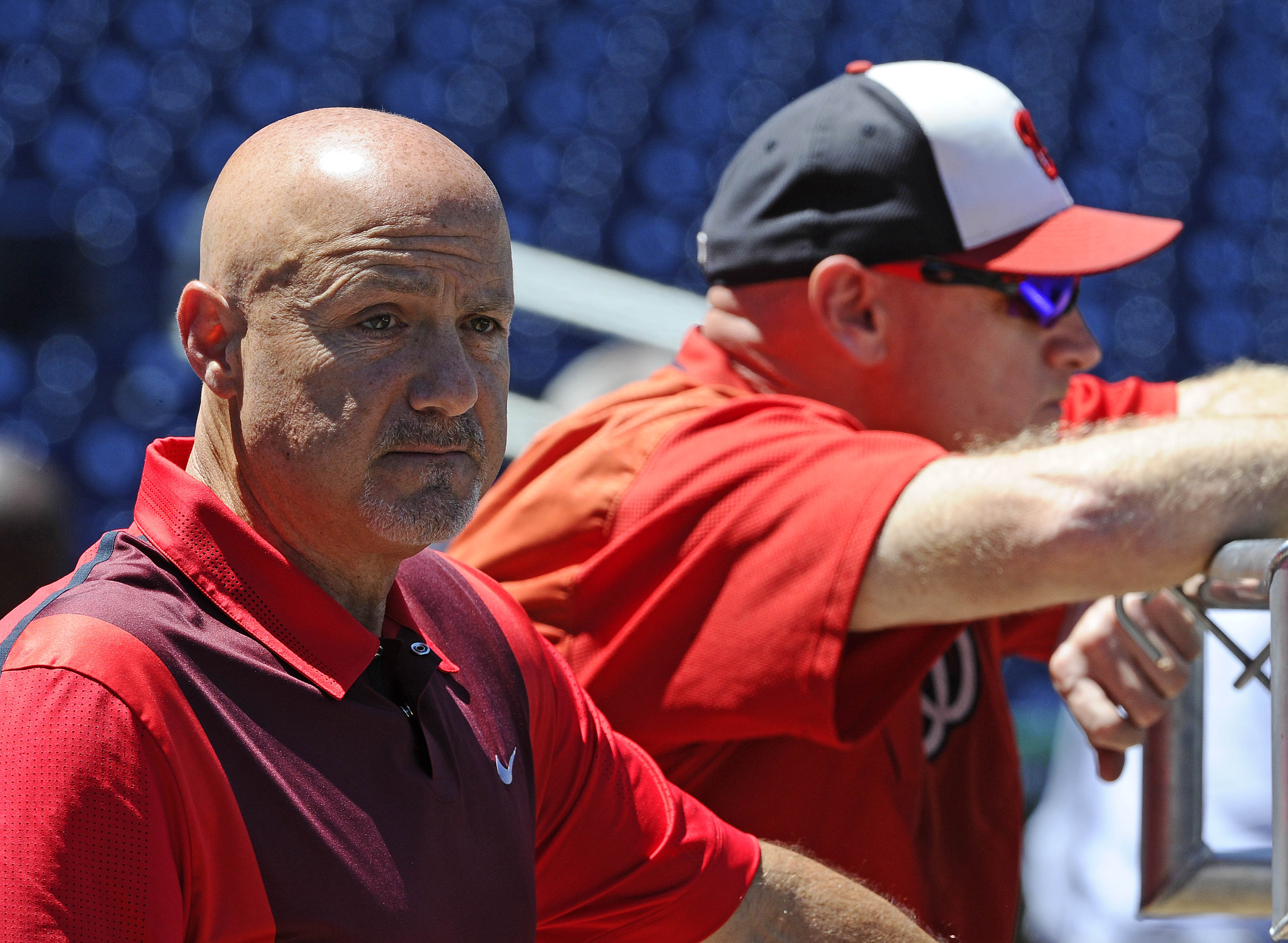 "They got timely hitting, timely pitching. They matched up well, they won big games, they got big hits and we failed to do that. So, regardless of injuries or anything else I think that's the story at the end of the day."

Werth's sixth year in D.C. will feature a significantly different cast of characters than his first five. He acknowledged that things will be different in 2016.

"Every year you kind of go through that. Guys come and go, that's just part of it. I really don't have anything to do with all the other stuff. Right now everything is pretty fresh, so give it some time and take a step back and probably have some perspective here in the next couple days, but right now it's just we're going home."