In another of a series of stories about the history of the Washington Nationals' interest in now-free agent right-hander Zack Greinke, FOXSports.com's Ken Rosenthal provides another opportunity for a look at why Greinke and D.C. make sense...

Stop me if you've heard this one before... Did you know the Washington Nationals held under the radar talks with Zack Greinke when the Kansas City Royals were trying to trade the right-hander in late 2010?

"What got us talking seriously was the fact their owner wants to win really, really bad," Greinke told Washington Post writer Dave Sheinen after he was traded to the Milwaukee Brewers that winter.

"I respect everything about the Nationals. And I’m not a guy who goes around saying that about every team." -Zack Greinke to the Washington Post in 2011

"They convinced me they were really trying, and I believe them," he said. "My whole family liked the possibility of going there. I respect everything about the Nationals. And I’m not a guy who goes around saying that about every team."

The Nationals were reportedly willing to sign the then-26-going-on-27-year-old to a 5-year/$100M-ish extension if he agreed to a trade and Greinke told the veteran WaPost columnist he considered it.

"'It wouldn’t have gotten as far as it did [with the Nationals] if it wasn’t appealing,'" Greinke said.

"'The Nationals are trying to build a winner, and if I’m going to go there, I didn’t really want them to trade away the players they were going to build around. That hurts their team.'"

Danny Espinosa, Drew Storen and Jordan Zimmermann were reportedly discussed, though reports vary on just how far the talks went.

Washington Post columnist Thomas Boswell wrote in a chat with readers that the two sides never got to the point of discussing names but it was likely that the Royals would have received one of the three (Storen, Zimmermann, or Espinosa), "... plus a [Roger] Bernadina and perhaps a catcher (not [Wilson] Ramos)."

FOXSports.com's Ken Rosenthal told the story of the Nationals' courtship earlier this week in an article on a couple potential landing spots for the now-32-year-old right-hander, writing that with that history, "[i]t stands to reason, then, that Greinke would entertain signing with the Nationals."

General Manager Mike Rizzo, for one, and in spite of roster turnover this winter, believes the Nationals will compete for a World Series championship in the near future.

FBB Archives: Zack Greinke once said he might consider the Nats 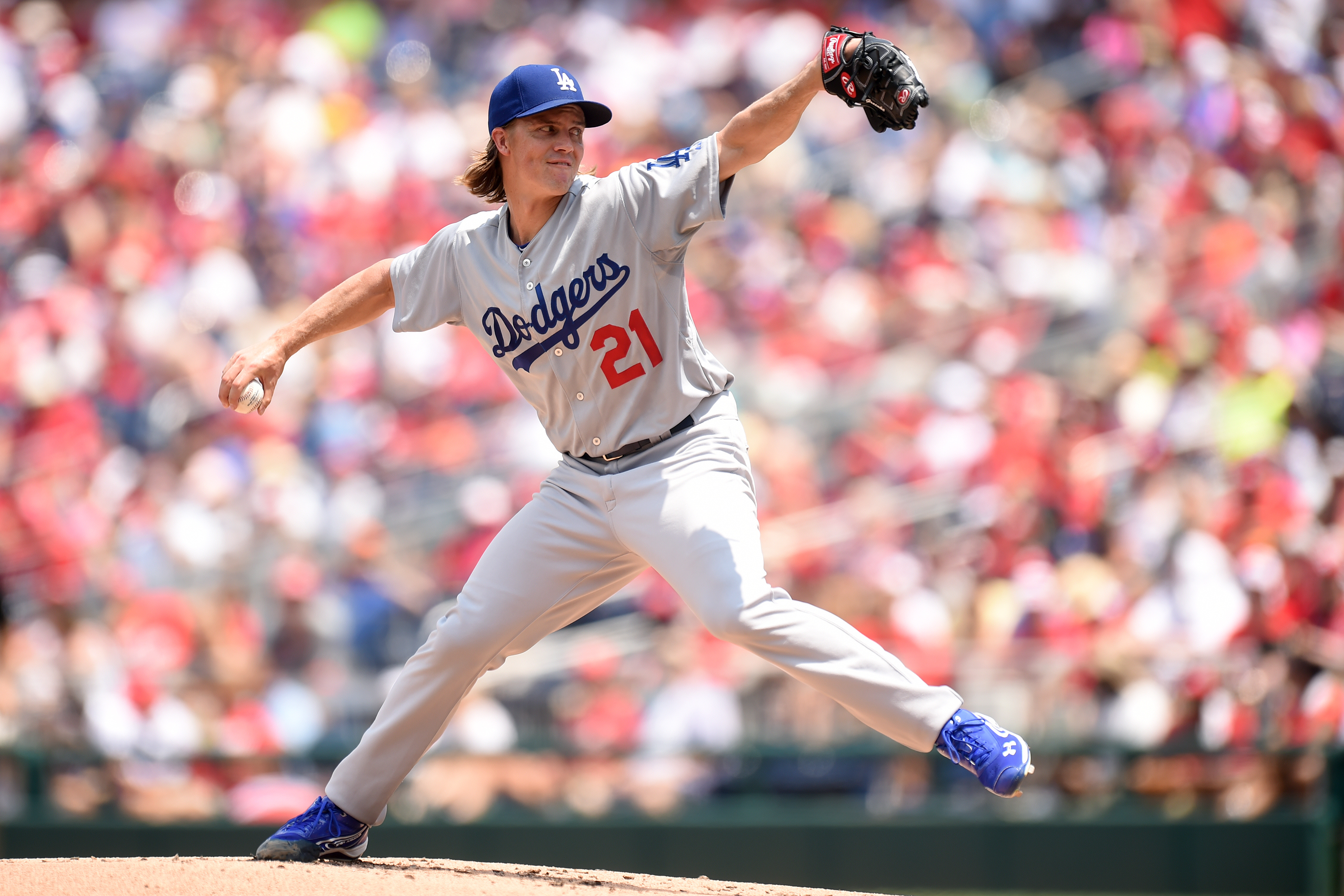 The Nationals, "should be fine short team and maybe even long term," Rosenthal wrote, with Max Scherzer, Stephen Strasburg (for at least 2016), Gio Gonzalez, Tanner Roark and Joe Ross in the rotation this season and Lucas Giolito joining it down the road at some point, but, he added, "... it was only a year ago that the Nats added Scherzer to a seemingly complete group."

Rosenthal acknowledges in the article that another big deal, after Scherzer signed for seven years and $210M, could cost Washington some flexibility in terms of a Bryce Harper extension, but asks if, with Harper, who, like Strasburg, is represented by Scott Boras, the Nationals, "... should even be worried about that?" since Boras, "... generally prefers his clients to establish their value on the open market."

Rizzo was asked on Wednesday afternoon about potentially adding starting pitching this winter after a press conference on the dramatic changes to the Nationals' medical staff.

"I’m happy sliding Tanner and Joe in the rotation," he told reporters including Washington Post writer Chelsea Janes, before, of course, adding that, "With that said, you can never have enough good starting pitching."