It was supposed to be Bud Black's gig. Then it was Dusty Baker's job. Did the Washington Nationals end up getting the right man for the job? Can Baker get his World Series and give Ted Lerner his? Here's how it reportedly happened...

Washington Nationals' GM Mike Rizzo went into some detail when asked last month, after Matt Williams' dismissal as the Nationals' manager, what he would be looking for in the Nats' next skipper?

First and foremost, Rizzo explained, it was experience on a major league bench that the Nationals were after, since the experiment with the inexperienced Williams at the helm ultimately failed.

"As we go through the laundry list of things that we look for in our manager and a perfect leader of the ballclub on the field," Rizzo said, "leadership qualities, knowledge of the game, Xs and Os, are all important.

"We feel that where we're at in our timetable in our time frame of winning a championship, we certainly would lean towards someone that has some type of managerial experience, especially at the major league level..." -Mike Rizzo on what the Nationals were looking for in a manager, Oct, '15

"The communication in the clubhouse, communication within the coaching staff is vital. Experience is always helpful, it always adds a layer of expertise to anybody's resume. We feel that where we're at in our timetable in our time frame of winning a championship, we certainly would lean towards someone that has some type of managerial experience, especially at the major league level, but again, we're going to be open-minded and look for the best candidate we can that allows us to win a championship here in the very near future."

In announcing that veteran skipper Dusty Baker was hired as the sixth full-time manager in the nation's capital this morning, the Nats highlighted the former major leaguer's extensive history in the game.

"Baker, 66, brings nearly 50 years of professional baseball experience to the Nationals," their press released noted, "including 20 years as a Major League manager, six as a coach, and a 20-year playing career that was highlighted by 19 decorated seasons in the Major Leagues."

Over his 20 years on the bench with the San Francisco Giants, Chicago Cubs and Cincinnati Reds, Baker compiled an impressive, "1,671-1,504 career managerial record," which, the Nats noted, "slots him second in the win column among active managers behind only San Francisco’s Bruce Bochy (1,702)."

"We were looking for a manager to help us achieve our ultimate goal of competing for a World Series championship," Theodore N. Lerner, the Managing Principal Owner of the Nationals, said in the release.

"During our broad search process we met with many qualified candidates, and ultimately it was clear that Dusty’s deep experience was the best fit for our ballclub."

​"I am so pleased to welcome Dusty Baker to the Nationals family," Rizzo added.

"In getting to know Dusty and identifying what we wanted in the next on-field leader of our team, we are excited to have him on board. Dusty’s experience, as a winning player, coach, and manager, is vast and varied. We are excited to bring him to Washington and put his steady demeanor, knowledge and many years in the game to work in our favor. I think I speak for the entire organization when I say I am very much looking forward to working with him."

"Dusty’s experience, as a winning player, coach, and manager, is vast and varied. We are excited to bring him to Washington..." -Mike Rizzo on new Nats' skipper Dusty Baker

The hiring didn't happen without the requisite drama that seems to accompany all of the Nationals' decisions these days. Rumors last week had Bud Black, one of two finalists along with Baker, getting the gig, but when he balked at the initial offer of what was reportedly a 1-year/$1.6M contract, things fell apart and over the weekend, Black reportedly removed his name from consideration.

"While there was early word that some in the organization favored Baker and things appeared to be heading his way," CBSSports.com's Jon Heyman wrote this afternoon, "... according to Nats-connected sources the initial salary discussions with Baker began with an immense gap, thus bringing Black back into the picture."

"Black still wanted the job, but by early Friday, when the sides were still apart, he called to tell them he was bowing out. However, that wasn't nearly the end of it.

"Later Friday, according to sources, Nationals GM Mike Rizzo called Black to try to work things out, and the sides re-started talks.

"Black and the Nats talked over the next couple days, with proposals and counterproposals exchanged. However, after Black, who had originally sought a three-year deal, didn't quickly accept their next offer and instead apparently countered it -- it is believed the Nats came off the straight one-year offer, and talked about offers with options and buyouts, and may have gotten up to two guaranteed years at some point -- the Nats then turned back to Baker.

"Black was said to be awaiting a possible call from the team Monday to see where things stood. But he didn't hear from the team until around 9 p.m. his time (he lives in San Diego), when Rizzo is said to have called to tell him they were going in another direction, and to apologize for all the twists and turns."

Baker told San Francisco Chronicle writer John Shea this past weekend that he was "really disappointed" that the Nationals had apparently decided to go with Black at that point. 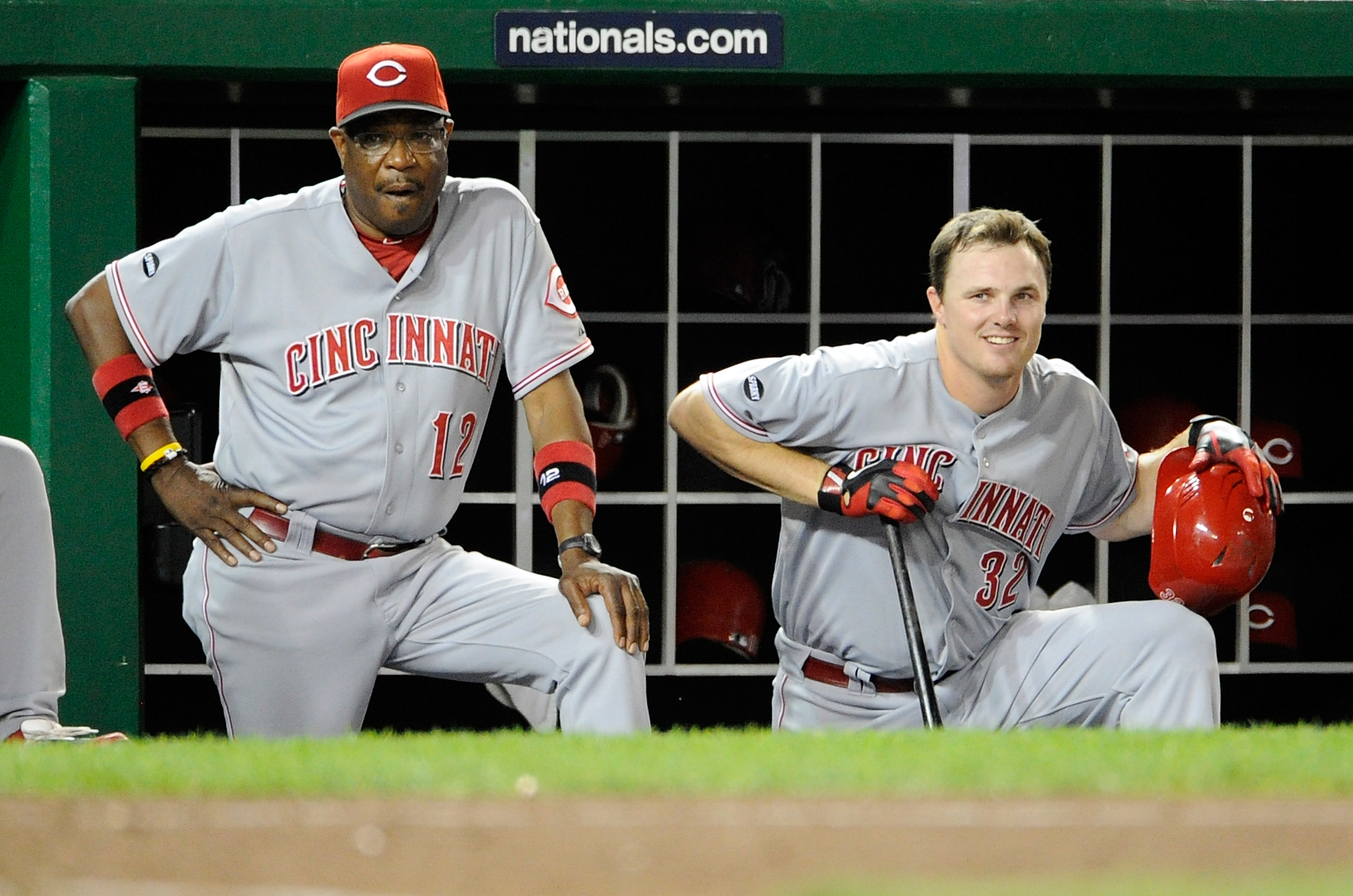 "'I’m happy for Buddy. I mean, Buddy played for me,'" Baker said. "'But naturally, I don’t think anyone would have been as good for the job as me. It seemed like a perfect fit. The town. The diversity of the races. People from all over the world.

Baker did, however, say that he hadn't received official word that he was out of the running for the job opening and as of last night, he was reportedly back in the running, and this morning he was announced as the new manager.

Baker will be introduced to the nation's capital at 11:00 AM on Thursday...