Where will Trea Turner play for the Washington Nationals in 2016? Short? Second?

Trea Turner told reporters today that he's comfortable playing second if the Washington Nationals ask him to, but he'd, of course, prefer to play short. Where does the 22-year-old infielder fit in? Will it be Turner and Danny Espinosa up the middle in 2016?

Share All sharing options for: Where will Trea Turner play for the Washington Nationals in 2016? Short? Second?

Though the Washington Nationals traded from some of their infield depth when they shipped Yunel Escobar to the Los Angeles Angels this week, Nats' GM Mike Rizzo told reporters this weekend at WinterFest that he was still happy with the in-house options when it comes to the middle infielders.

"We still have very good depth in the middle infield," Rizzo said, with Danny Espinosa, Trea Turner and Wilmer Difo all expected to compete for roles on the major league roster.

"Trea [Turner] showed us since we acquired him and really since we had interest in him in the draft that he's a quality player that he was a fast-track type of player..." -Mike Rizzo on Trea Turner on Nats WinterFest

"We have two young players and Danny that's a veteran player. We like the skill set of all three of them and we'd feel good about going to Spring Training with those guys."

He also noted that it was still early in the offseason, and moves could still be made to help with depth.

Turner, in particular, is an interesting case.

Drafted by the San Diego Padres in the first round in 2014 and subsequently dealt to the Nationals, he moved through the minors quickly and debuted last season, but the question this winter is whether the 22-year-old shortstop is ready after just one full season of minor league ball, to take over at short in the nation's capital in 2016?

"Trea [Turner] showed us since we acquired him and really since we had interest in him in the draft that he's a quality player that he was a fast-track type of player when he was in the draft and we feel that he's come a long way and is going to be a really good player for us," Rizzo said Saturday when asked if he thought Turner was ready to take on a role as an everyday player in the majors.

Turner talked this afternoon about the opportunity that's in front of him with Escobar out of the mix in the infield.

"For me, I mean, obviously there is maybe more of an opportunity, but my mindset doesn't really change," Turner said.

"I know I want to play there [in the majors]," he continued.

"And anybody can get traded at any time, sign a free agent whatnot and people get replaced all the time, so you've got to do everything you can like I said before to just make sure that you give yourself the opportunity to stay there as long as possible and perform well."

Getting a taste of major league action, he said, has definitely motivated him to work as hard as possible this winter as he prepares for his second season with the Nationals.

"It makes me want to work harder," Turner said.

"I was always told at NC State that freshmen work the hardest because they're scared they're not going to play, and I kind of feel like that kind of feeling again a little bit..." -Trea Turner on competing for a spot in Spring Training

"I was always told at NC State that freshmen work the hardest because they're scared they're not going to play, and I kind of feel like that kind of feeling again a little bit and I want to play as long as I possibly can at the highest level so I kind of have that feeling and I want to make sure I do everything I can."

He also said he was happy to hear new Nationals' manager Dusty Baker talk about the need to add speed to the roster, something both Turner and Rizzo said they think the infielder provides.

"We feel that we have brought in a lot of speed into the organization and the ballclub," Rizzo said last week at the Winter Meetings.

"You look at the roster of the everyday position players, there are a lot of guys that can run, there are a lot of guys that are capable of stealing bases, and I think we'll see a little bit more aggressive base running style, and as guys get comfortable in their positions such as a Trea Turner, who can really fly. Rendon can run. Michael Taylor can run, Difo and all of those guys are capable of stealing a lot of bases, including the MVP of the league, Bryce Harper."

"I like hearing that," Turner said of Baker's desire to add speed. "Obviously I think it's something that has kind of been lost a little bit, and starting to come back now with all the Moneyball stats and whatnot, so I think it helps me and I think I can help out in that category so I'm excited for that and hopefully I can learn from Davey Lopes at first and as much as I can I'd like to pick his brain, haven't got a chance to meet him yet, but I'm looking forward to that."

"I would love to play short. I think it's a little bit more fun and I'm more used to it, but if they put me at second I'll be very happy." -Trea Turner on where he'd like to play in 2016

Rizzo talked this week about deciding not to send Turner to the Arizona Fall League this year, after the Nationals had planned to, explaining that he thought it was more important for Turner to work with his personal trainer instead.

Turner said today that bulking up and preparing himself for the grind of a full season is definitely something he's focused on this winter.

As for the goal in bulking up? Is it to just be better prepared? Build strength/power?

"I left probably like 174-175, and now I'm up to 180-182, so I've gained a few pounds and hopefully get to around 185 or so and not that I have a goal weight-wise, but I think that would help strength and just making it through a full season like I said, and I think that will also benefit me as a player talent-wise, being able to drive the ball more and maybe be a little quicker, more powerful side-to-side and whatnot, so I've been trying to do it, but I also don't want to gain too much weight and lose the speed."

Espinosa, when he spoke to reporters at Nats WinterFest, expressed a desire to return to short after moving to second when he initially came up to the majors.

Turner did the same last season, playing second and short when he was called up. He said today that he got enough reps at second base that he would be comfortable playing there if asked.

"I think Spring Training you get a ton of reps and you can get early work, extra work after and you get plenty during the day, so I think I'll get plenty of reps if that's where they need me to play, I'll eventually feel comfortable ."

As for his preference? Not surprisingly, he said he would like to play where he's had the most experience.

"I would love to play short," Turner said. "I think it's a little bit more fun and I'm more used to it, but if they put me at second I'll be very happy."

After his whirlwind 2015 campaign, which ended with him on the majors league roster, Turner said what he took away from it was a need to have a consistent approach, no matter what role he's asked to fill. 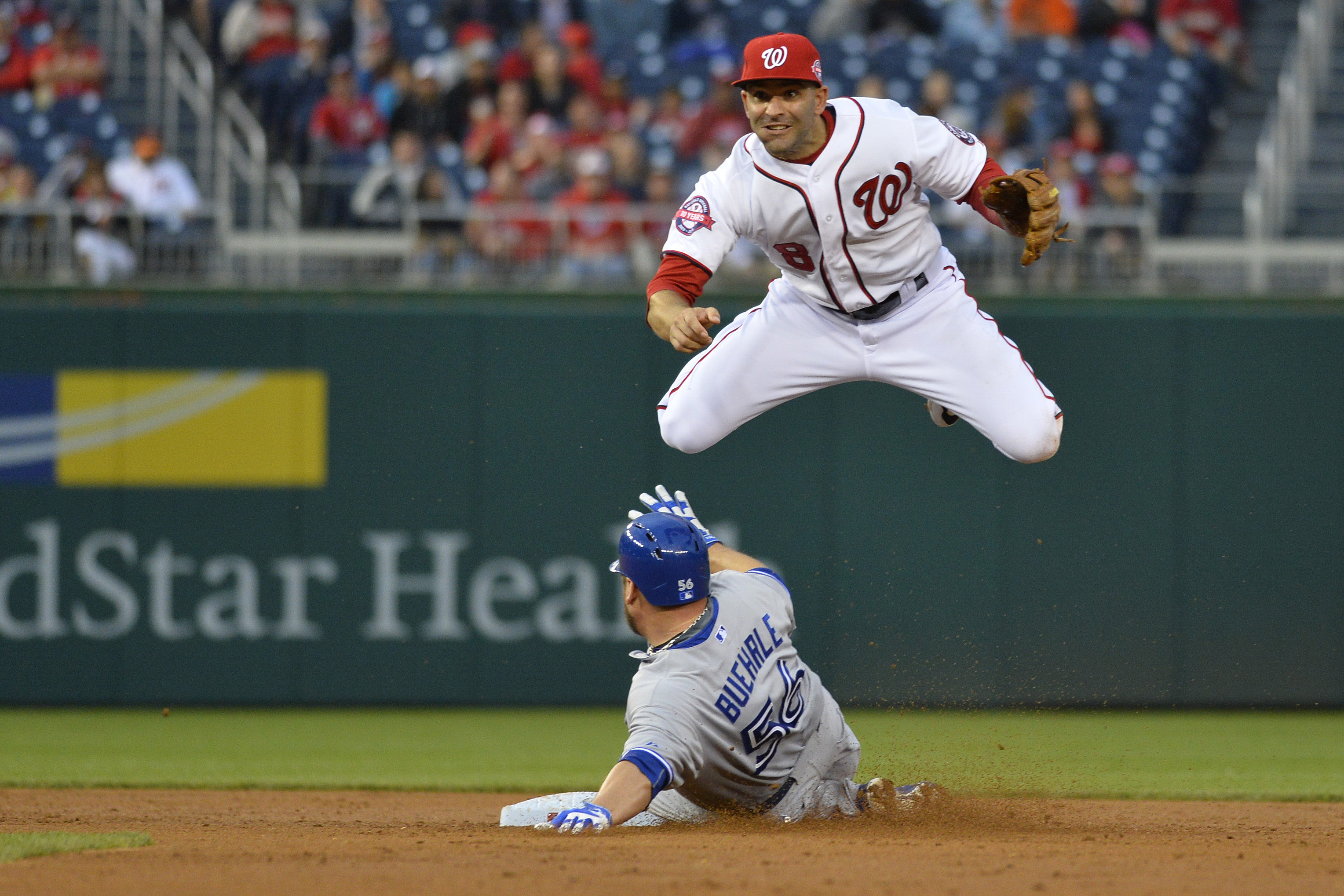 "You have to be consistent," he said. "I struggled a little bit in the beginning getting an at bat here or there, I think that's really hard to do, pinch hitting, probably the hardest thing to do in sports in my mind because... you don't get frequent at bats, but once I got a chance I adjusted, but then they adjust right back so you've got to make sure you're on top of it, know what they're going to throw at you or what their game plan is and then what your game plan is as well and then execute as best you can."

Can Turner earn one of the infield spots in Spring Training? Will the Nationals add infield insurance or gamble that either Difo or Turner are ready in whatever role they fill from the start this season? Would the Nats be better off with Espinosa at second since he has more experience, allowing Turner to play where he's more comfortable?

Baker, Rizzo and Co. can sort that out this Spring.