Can Nationals' outfielder Matt den Dekker pick up where he left off?

Matt den Dekker finished strong in 2015 and he talked to reporters at last weekend's Nationals WinterFest about trying to carry that success over into 2016 when he hopes to play a bigger role with the Washington Nationals. Where does den Dekker fit?

Share All sharing options for: Can Nationals' outfielder Matt den Dekker pick up where he left off?

Acquired from the New York Mets straight up for left-handed reliever Jerry Blevins last March, veteran outfielder Matt den Dekker opened the 2015 campaign on the Washington Nationals' bench, but was optioned to Triple-A Syracuse after just four games when Jayson Werth came off the Disabled List in early April.

"His skill set is important to us," Nats' GM Mike Rizzo told reporters, including MASN's Chris Johnson, after the deal.

"Just trying to build on that and take that into next year and bring that mindset that I'm capable of playing the way I did at the end of the year and try to take off of that." - Matt den Dekker on strong finish carrying over to 2016

"He runs really well. He can play plus-defense at all three spots. He gives us another defender that can play above-average center field. We like his left-handed bat. We've seen him play a lot the last couple seasons, and I think he's a guy that's skill set fits for us for this year and for beyond."

When he came back up in late August, and stuck around through September/October, den Dekker impressed, putting up a .320/.370/.620 line with six doubles and three home runs over his final 29 games and 55 plate appearances.

"Personally, for me, I felt good about the end of the season," den Dekker told reporters this past weekend at Nationals WinterFest.

"I finished strong and got comfortable in my role I was in, so just trying to build on that and take that into next year and bring that mindset that I'm capable of playing the way I did at the end of the year and try to take off of that."

Asked if he was surprised by the results he got late in his first season in D.C., den Dekker said he's done it before.

"I've played at that level plenty of times and I know that I can play well," he explained. "I just -- at times when I go up and down and when I figure things out it clicks and I play well, so I'm hoping that's something that will keep me there for the long term."

Key to his late-season run, was a change den Dekker made at the plate.

Now-former Nationals' manager Matt Williams talked about the changes after a particularly strong, two-game, 7 for 8 stretch at the plate which saw the outfielder hit three doubles and two homers.

"It's been there. I think that the adjustment he made to his swing allows him a little bit more, the only problem is if he's not on time, it's a little more hectic at the plate, as opposed to a shorter stride, but he's been seeing it fine and swinging it really well."

"I made a few changes to my swing in Syracuse," den Dekker explained, as quoted by MASN's Byron Kerr. "I just think I'm going out there trying to have good at-bats and put good swings on balls and it's working out for me."

So how does he bottle what he was able to do at the end of the season and carry it over to 2016?

den Dekker said he was excited to have Schu back as the Nationals' hitting coach. 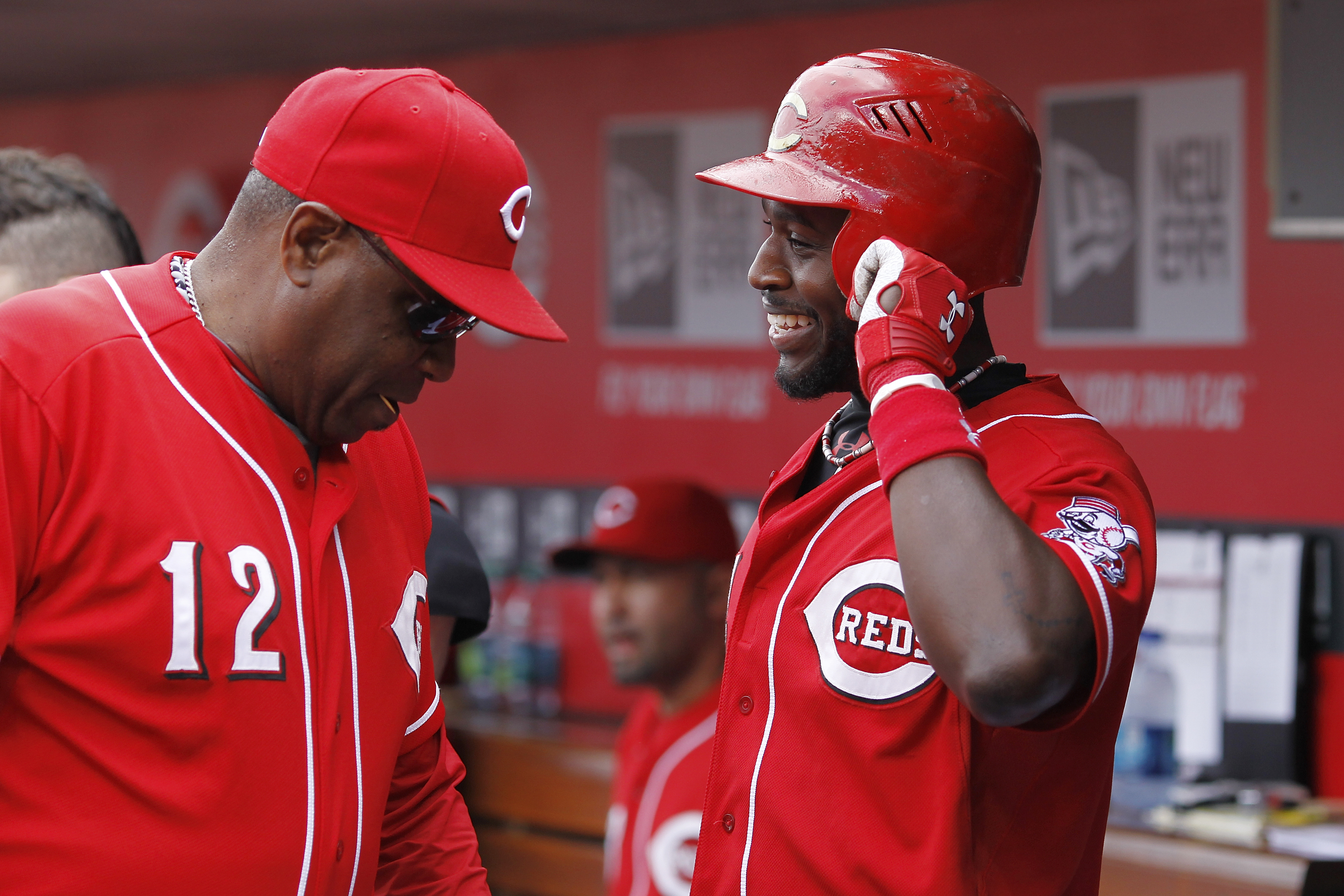 "I was excited for him to come back," he said. "[Schu is] a great guy. Really liked him as a hitting coach and he works well with all the players and the hitters and he's also just a positive guy all the time so he's a good guy to have around the clubhouse and around the team, so just excited they're bringing him back."

With the Nationals in need of bench depth, and left-handed bats, in particular, den Dekker was asked if he saw an opportunity for an expanded role in 2016?

"I think that if I can play well and prove that I'm capable of that then hopefully it will come to that. But at this point, just coming to Spring Training ready to go and try to play and prove myself to the coaching staff."