What does the addition of Daniel Murphy give the Washington Nationals? A left-handed contact hitter with a suspect glove? So, Murphy plays second... who plays short in D.C.? One question answered, several more raised as Mike Rizzo and Co. prepare for 2016.

When the decision was made to move Anthony Rendon back to third base full time, the Nats could have followed through with last winter's plan to move Yunel Escobar from the left to the right side of the infield to play second.

Rendon suffered a knee injury early in Spring Training in 2015, so Escobar shifted to third base instead, and when the 2011 Nationals' 1st round pick was healthy in June, Rizzo said it would be unfair to ask Escobar to make the move to second at that point.

"That's always been my position. I feel most comfortable at third base, but I've always told you guys before, I'll do whatever for the team, I'll play whatever position." -Anthony Rendon on returning to 3B in 2016

Escobar had a bounce-back campaign with Washington after he was acquired from the Oakland A's last winter, days after he was dealt to the Athletics by Tampa Bay.

He was under contract for 2016 at $7M with a club option at $7M in 2017 or a $1M buyout, so the Nationals sold high on the veteran infielder, trading him to the Los Angeles Angels in return for 23-year-old reliever Trevor Gott, who debuted in 2015 and minor league right-hander Michael Brady, who pitched at Double-A in LA's organization last season.

The trade opened up a spot in the infield. Rizzo told reporters earlier this month he thought the starting shortstop was already on the roster and he was happy with the depth, though it was still early in the offseason.

"We still have very good depth in the middle infield. We have two young players and Danny that's a veteran player," he said.

"We like the skill set of all three of them and we'd feel good about going to Spring Training with those guys, but like I said, we're also early in the offseason."

That was after the Nationals a "competitive" offer to Ben Zobrist and before they held ultimately fruitless talks with the Reds about Cincinnati second baseman Brandon Phillips.

So the everyday shortstop was on the Nats' roster, but a second baseman was on their radar. Daniel Murphy and Howie Kendrick were the next two names mentioned and on Thursday night the Nationals and Murphy reportedly reached a deal which brings the left-handed hitting former New York Met to D.C. for three years and pays him $8M in 2015 with money deferred through 2020 according to The Washington Post's Barry Svrluga.

Murphy, CBSSports.com's Jon Heyman wrote on Thursday night, appealed to the Nationals as a left-handed bat who was previously their rivals' best contact hitter and because he balanced out the Nats' right-hand heavy lineup.

He then hit two doubles and seven home runs in 14 games and 64 PAs as the Mets went to the World Series and lost to the Kansas City Royals.

Sources: #Nationals have expressed interest in #Mets’ Murphy as well as #Indians’ Cabrera. Deal for Murphy considered a longshot.

He finished the year at 2.5 fWAR for the second straight season. He struck out just 38 times on the year, once in every 14.2 plate appearances, with 538 PAs total (7%) which was the lowest K% in the majors amongst qualified hitters.

He finished tied for fifth in doubles in the National League, and, as ESPN.com's Stats & Info folks noted, is the only player in the majors with 37 doubles or more in each of the last four seasons.

He went on a tear in his first postseason run, which Mets' GM Sandy Alderson said wasn't just a fluke, or a run of luck.

"I don't think this is a phase for him," Alderson told reporters, including ESPN.com's Adam Rubin, during New York's postseason run in October:

"I think that in some ways he's a fundamentally different hitter than he was, as recently as three, four months ago. And the intensity that he has in the playoff situation certainly is evident, as well. He's really focused, and he's always been sound mechanically. But I think his approach is a little bit different, which has made him a more dangerous hitter."

So do Espinosa and Murphy start the season up the middle with the 22-year-old Turner in Triple-A until he's ready or arbitration's put off for another year in the future?

"Trea [Turner] showed us since we acquired him and really since we had interest in him in the draft, that he's a quality player, that he was a fast-track type of player..." -Mike Rizzo on Trea Turner, Nats WinterFest

Does Espinosa get a shot at short for a prolonged stretch as he said he wanted to earlier this month or does he return to the utility role he's filled the past few seasons with Turner up at short from the start?

Will Turner determine his own future this Spring?

"Trea [Turner] showed us since we acquired him and really since we had interest in him in the draft, that he's a quality player, that he was a fast-track type of player when he was in the draft and we feel that he's come a long way and is going to be a really good player for us," Rizzo said when asked if the 2014 1st Round pick was ready for an everyday role in the majors in 2016.

Will Murphy's offense make up for his defensive liabilities?

His -40 Defensive Runs Saved (DRS) in the last four seasons, (which ESPN's Stats & Info noted was the second-worst in baseball among second baseman over that stretch behind only Rickie Weeks, -62 DRS), will make the addition, " ... a defensive downgrade for the Nationals, who got more defensive runs saved from their second basemen last season (8) than any other team in the National League," with a mix of Rendon, Espinosa and Dan Uggla at second for the bulk of the innings, and Trea Turner (12 games), Wilmer Difo (two games) and Emmanuel Burriss chipping in.

Washington upgrades their defense at third with Rendon returning to his most comfortable position, and Murphy gives the Nationals the left-handed bat just about everyone, Rizzo included, thought they needed to add.

"In a perfect world, the lefty bat is important," Rizzo said as the Winter Meetings wrapped up. 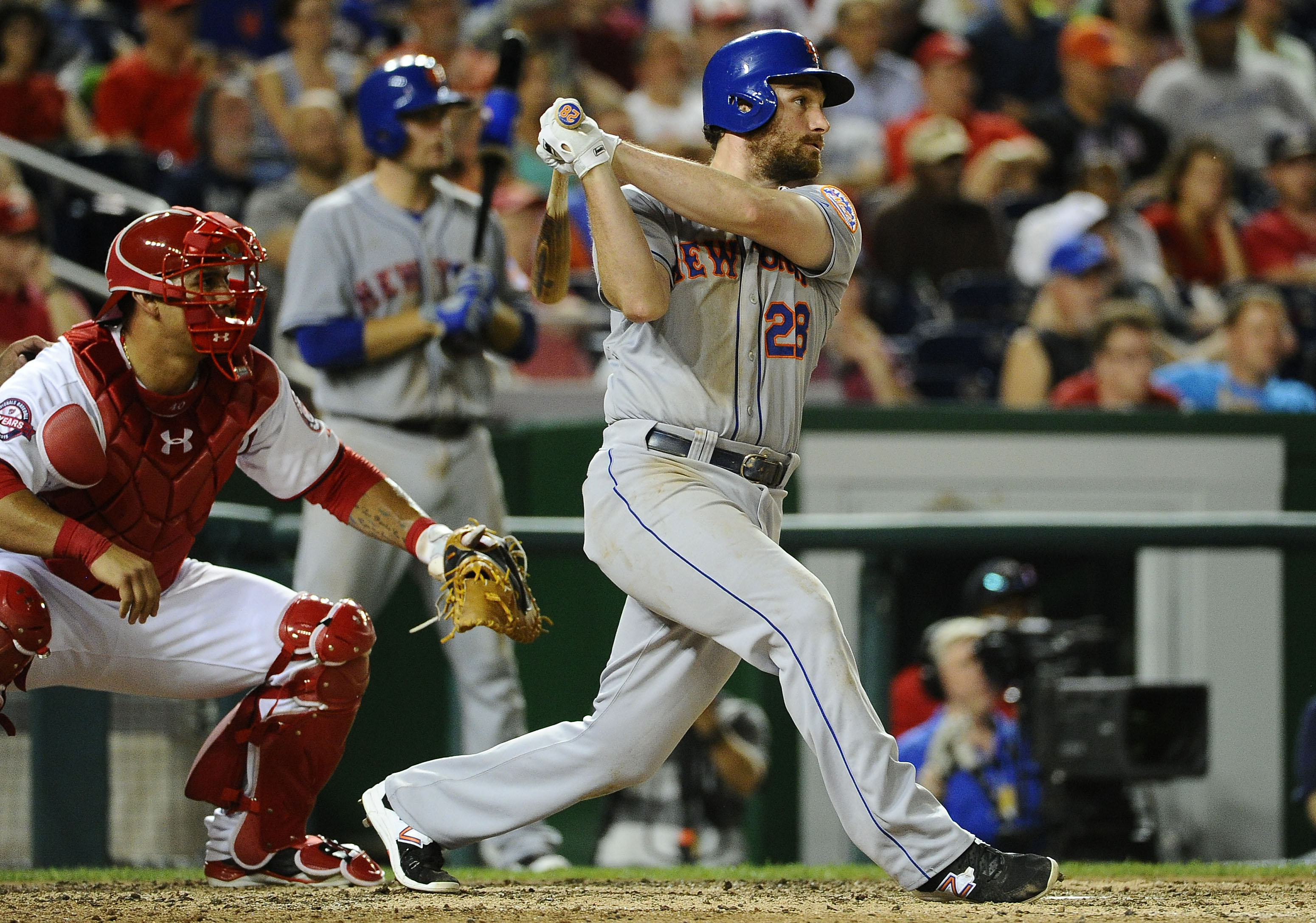 "But we want to improve our club. And the balance in the lineup is an aspect, but it's not something that's the end-all and be-all.

"We'd like to be more balanced, but if we have a quality player that improves our lineup and improves our club, then we certainly are going to look at all aspects of it."

They looked at Zobrist, Jason Heyward ($200M of interest?), Phillips and others, most likely, before signing Murphy, who gives the Nationals their left-handed bat and all kinds of options going forward over the next three seasons.

Now about that closer situation: Jonathan Papelbon and Drew Storen are still on the roster? Will both of them be on Opening Day? And what about those rumors of a rotation addition?