Nationals' Danny Espinosa reportedly giving up batting from left side

Washington Nationals' GM Mike Rizzo reportedly told fans this weekend that Danny Espinosa would hit exclusively from the right side this season. MLB.com's Bill Ladson wrote today that his sources told him the same.

Share All sharing options for: Nationals' Danny Espinosa reportedly giving up batting from left side

Former major league slugger-turned-major-league-manager Matt Williams went into some detail this past July when a reporter asked about switch-hitting Washington Nationals' infielder Danny Espinosa's continued struggles from the left side of the plate.

Espinosa, who started the year as the Nats' utility man, but was pressed into everyday action when third baseman Ryan Zimmerman suffered a fractured left thumb, had put a .196/.253/.307 line with six doubles, four home runs, eight walks and 75 Ks in 76 games and 194 plate appearances from the left side of the plate to that point and a .277/.365/.462 line, four doubles, two home runs, seven walks and 18 Ks in 74 PAs from the right side.

"I think his swing is a touch longer on the left hand side," Williams said. "I think that can contribute to a lot of things. Missing your pitch. Having to commit earlier on a swing than you would normally commit on the other side.

At the time, however, Williams said there was no consideration being given to having Espinosa stop batting from the left side.

"I know he works on both sides of the plate," Williams explained.

"We want to get him certainly matchups right-handed if we can, just because he's had more success that way." 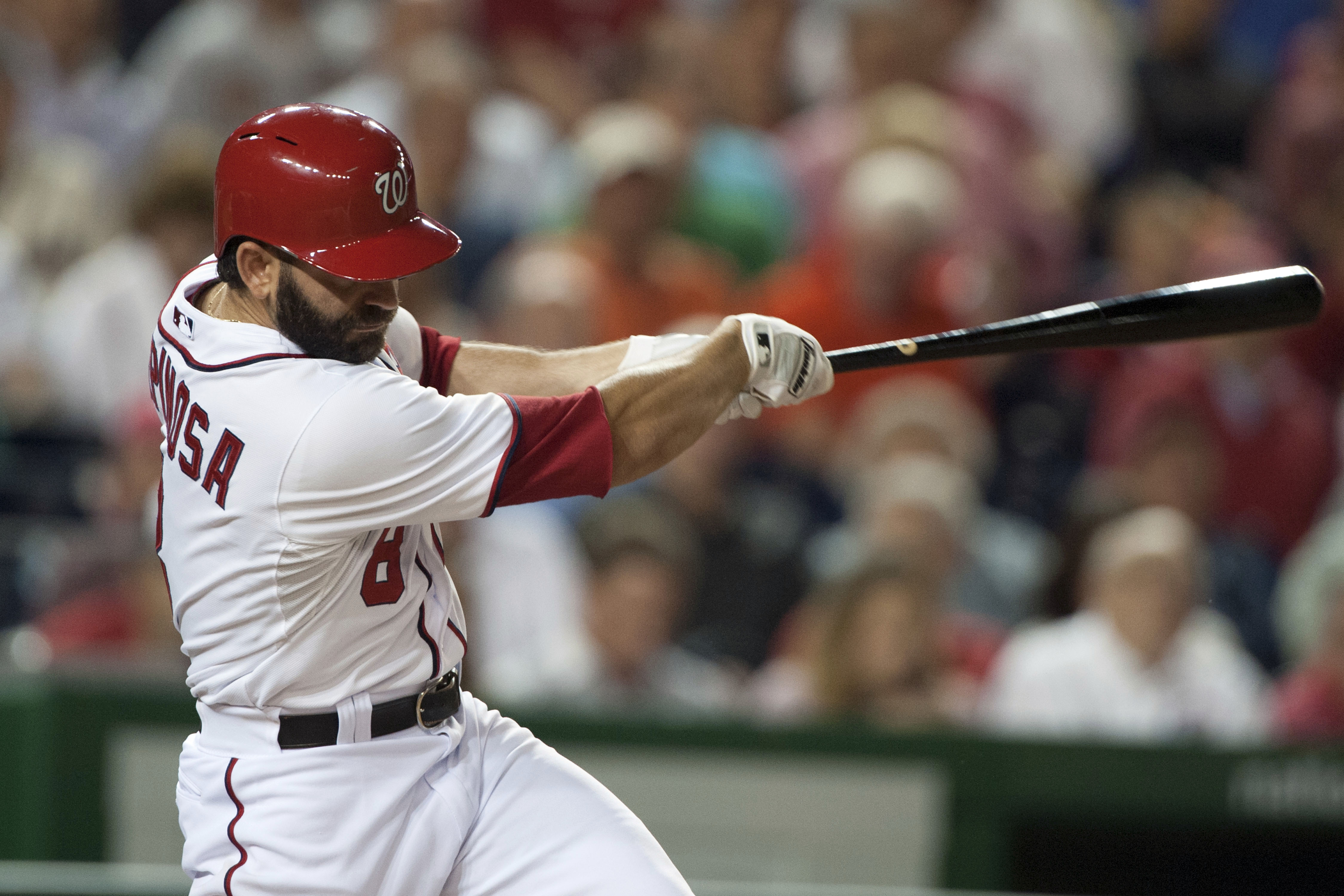 As of last month, however, Espinosa told Washington Post writer James Wagner that he still wasn't planning on giving up hitting from the left side, though he remained open-minded.

"'I’ve told them that I am open minded to it,'" Espinosa said, "'but they’ve made no definite decisions about what I’m going to do.'"

Nationals' GM Mike Rizzo, however, reportedly told fans at a season ticket holder event this past weekend that he and Espinosa discussed hitting exclusively from the right side and the infielder would give up switch-hitting.

Espinosa confirmed the fact today, as reported by* MLB.com's Bill Ladson on Twitter:

#Nats 2B Danny Espinosa has decided to give up switch hitting for the time being and hit right-handed exclusively during Spring Training.

[ed. note: " * = I misinterpreted the wording of the tweet above to mean Espinosa had confirmed the fact that he would give up switch-hitting. In his article on Espinosa, Ladson quotes "two baseball sources" who confirm that Espinosa will hit 'right-handed exclusively' for the 'time being'... Espinosa did not confirm the fact."]