Danny Espinosa is one of the Washington Nationals' position players who arrived early for Spring Training and after Nats' skipper Matt Williams threw batting practice to Espinosa today he talked about the 27-year-old infielder staying on the right side vs righties...

Washington Nationals' infielder Danny Espinosa still hasn't spoken on the record about the plan to change him from a switch-hitter to a right-handed-only hitter, but multiple reports from the Nats' Spring Training facilities today said the 27-year-old took batting practice from right side with right-hander Matt Williams throwing to him. Afterwards, Williams did talk openly about what's in store for Espinosa this Spring.

Danny Espinosa is taking BP hitting righty off Matt Williams. So he's trying righty on righty. He swung from both sides earlier this week.

"The objective for Danny is to get comfortable," Williams explained. Espinosa's struggles from the left side of the plate continued last season, with the 2008 3rd Round pick putting up a .183/.241/.291 line vs right-handed pitchers and a .301/.374/.485 line against left-handed pitchers.

"The concentration this Spring is he's going to try this, he's going to see where he's at and the majority of the reps he'll take will be righty vs righty..." -Matt Williams talks #RSOD with reporters at Spring Training

"This is not an easy process by any stretch of the imagination," Williams continued.

"So, for him, I want him to be comfortable to get in there righty vs righty. So what we'll do is we'll curtail his defensive work as much as need be so he can concentrate on the offensive side of the game.

"You'll see him over the course of camp stand in on bullpens just to get a feel for our guys, to get a feel for a right-on-right breaking ball, to see the ball coming from the other side. So he'll do a lot of that."

"It's really important for him to get as many reps and feel as comfortable as he can right-on-right."

Espinosa will take reps from the left side too though.

"He's got to," Williams said. "There could be a situation where he's playing and for some reason he gets hit in his left hand with a pitch and he simply can't swing righty vs righty that day. So he's got to maintain it. But the concentration this Spring is he's going to try this, he's going to see where he's at and the majority of the reps he'll take will be righty vs righty. And when we get into games he's going to have to do that anyway. He's going to have to see what that feels like and what that looks like. So we'll evaluate, he'll evaluate. It's a constant conversation between all of us and he'll report back to us what he feels and what we can do to try to help him feel more comfortable."

Williams was asked by a reporter today if any players who gave up switch-hitting successfully came to mind?

Shane Victorino, who gave up hitting from the left side in 2013 because of an injury issue, was offered up as an example. 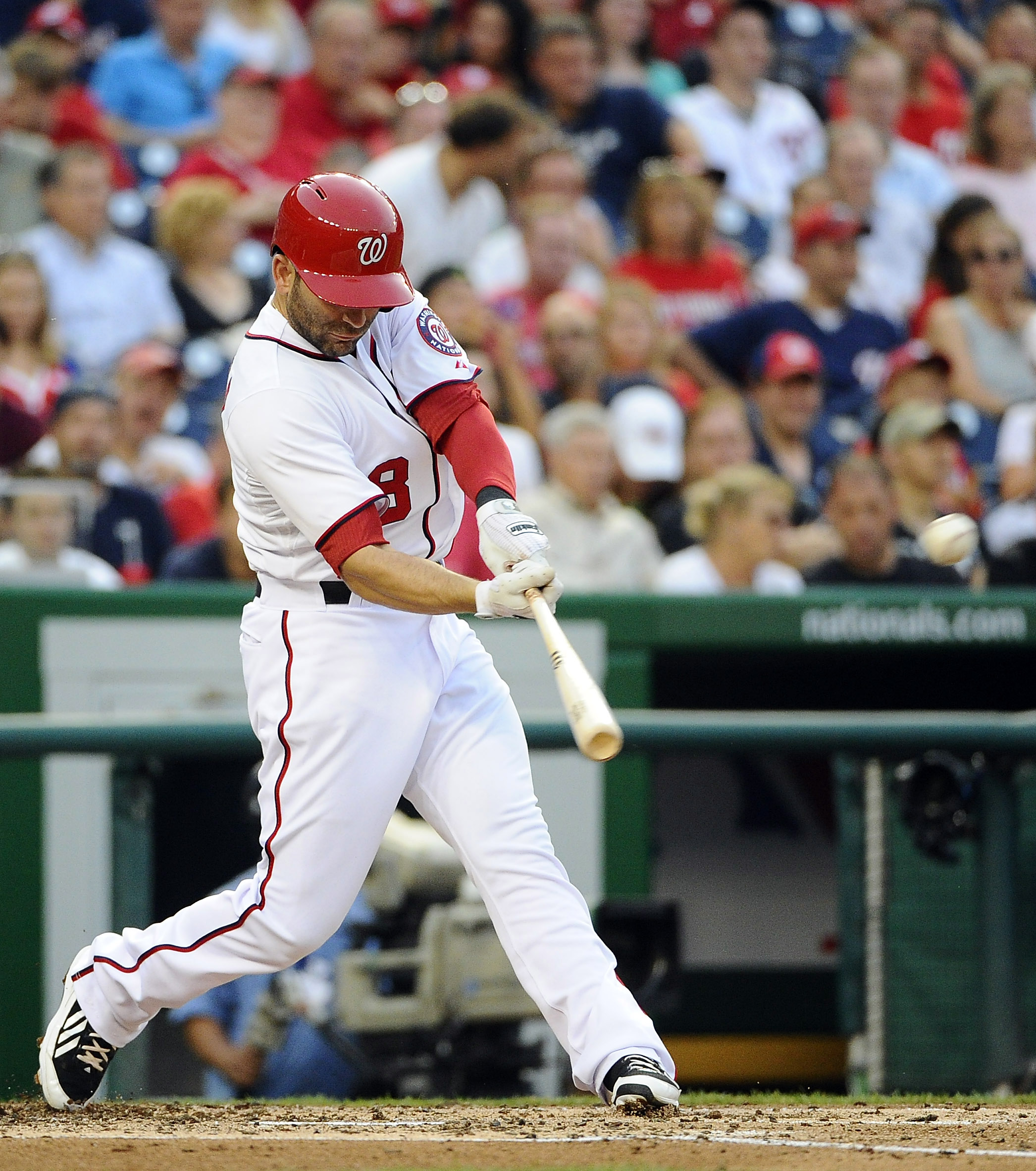 "The interesting thing about Shane," Williams said, "is that he was predominantly a right-handed hitter to start with. He didn't start switch hitting until he got to the minor leagues, lefty, so that's not the case with Danny."

What Espinosa needs to focus on Williams explained, is pitch recognition against right-handers since he hasn't taken many pitches from that side.

"The breaking ball is new because he just hasn't seen it," Williams said. "Where does the sinker need to start to be a strike and where does it start when it's a ball? All of those things are going to be new, but he's willing and he's excited about trying it and taking a look at it and seeing where he's at. And we're here to support him in that endeavor, because he's really good right-handed. So he's going to try it. We'll see how it goes for him and where he is."