Nationals' Bryce Harper: "I’m going to bring back a title to D.C."

Washington Nationals' skipper Matt Williams talked about Bryce Harper taking the next step in 2015. Harper talked to reporters about bringing a title to the nation's capital and made headlines with his reaction to the Max Scherzer signing...

Share All sharing options for: Nationals' Bryce Harper: "I’m going to bring back a title to D.C."

After a year-plus of watching Washington Nationals' outfielder Bryce Harper up close, former major league slugger-turned-manager Matt Williams told a Nevada-based reporter this winter that he thought the 22-year-old, 2010 no.1 overall pick was "... well on his way to a Hall of Fame career."

"I was completely overmatched at the big-league level at 22. This young man is well on his way to a Hall of Fame career." -Matt Williams on Bryce Harper via the Reno Gazzette-Journal

In his second postseason appearance in three years last October, Harper went 5 for 13 with a double and three home runs in the Nationals' NLDS loss to the San Francisco Giants, ending the year on a personal high note after working his way back.

Williams was asked today if he spoke to Harper when the Nats' right fielder reported to Viera, Florida for the start of Spring Training. Williams said he had, and talked at length with reporters about what he expects from Harper in 2015.

"Just take the next steps," Williams said. "He's on the path to a wonderful career. We all know that. And just to take the next steps. He had a fantastic postseason. I think that really gets some confidence going in him. I think he looks great. Reporting today, he looked in great shape. Certainly his swing is there. I threw him batting practice today and we almost had to get another bucket of balls."

Williams said Harper's healthy this Spring and ready to get going on his fourth season.

"Last year coming in he had a little bit of a barky knee, post-surgery," Williams said. "He doesn't have those issues this year. So, he's full and ready and itching to play. He's looking forward to tomorrow like we all are."

Tomorrow will be the first full-squad workouts, but Williams got a look at the shape Harper was in when position players checked in today.

It's Daily Wrap time! The Full-Squad is ready to go, @Bharper3407 talks title & so much more: http://t.co/ifBU9fmx3Z pic.twitter.com/g5nHOaxZCD

"He's lean," Williams told reporters. "He's really lean. He's in fantastic shape. So I think he's ready to go. I know he's motivated, as well all are. I got a chance to speak to him a few times this winter. He's ready to go, glad to be here."

So what will Harper "taking the next step" look like?

"He's changing positions," Williams said. "So that's first and foremost a challenge because it's on the other side of the diamond. He's played there before, but he doesn't have a lot of reps there. So that's part of the process in Spring.

"I think that offensively, he's poised to take all the next appropriate steps that he needs to take. So he'll get better in all aspects of his offense. That comes with experience. Knowing the league. Knowing himself better. All of those things. And then beyond that, in the clubhouse, he can become certainly more of a leader and help our team along the way. So all of those things combined, he'll take those appropriate steps this year and have a great year for us."

Harper too is apparently expecting big things from the Nationals this year, especially after they bolstered an already-strong rotation with the addition of former Cy Young Award-winning starter Max Scherzer.

Harper's reaction to the news of the signing?

"To be able to have a guy like Scherzer come in? I just started laughing. I was like, 'Where is my ring?' Because it's absolutely stupid how good our staff is." -Bryce Harper on the Nationals signing Max Scherzer

"To be able to have a guy like Scherzer come in? I just started laughing. I was like, 'Where is my ring?' Because it's absolutely stupid how good our staff is. I mean, to add a Cy Young, to add a guy that is unbelieveable in the postseason, if you have to go into a five-game set in the postseason, looking ahead, like I told you I wouldn't, you have to go into a five-game set against a team, you're going to have to face [Jordan] Zimmermann, [Doug] Fister, Scherzer and [Stephen Strasburg]. Good luck."

If the Nationals' hitters are able to stay healthy this season, they're going to be a tough lineup for opposing pitchers to get through as well.

Though he hit sixth most of the time last year, Williams said Harper is going to move to the middle of the order this season, especially since he's one of only two (along with Denard Span) left-handed bats in the starting lineup.

"It certainly breaks the lineup up," Williams said of having Harper in the middle.

"It allows us to do some of that. I just want him to be Bryce and not throw expectation on him in that, 'Well, you need to hit 3-4.' I just want him to play, because when he does that and when he frees his mind up in that regard, he's really, really good.

"We'll make the lineup as we get further down the road, but yeah, it's safe to say that he would most likely hit somewhere in the middle of our lineup, yeah."

Before Harper's comments on Scherzer signing blew up on the internet, Williams was asked about watching the young star in the spotlight.

Guess whose grandfather was a Washington Senator in 1924? 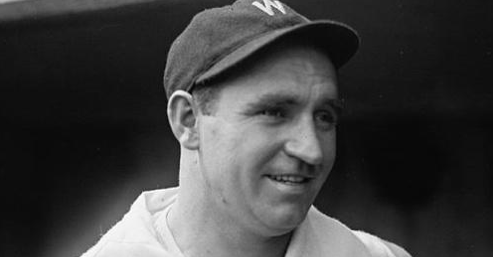 "I see him on a different basis than everybody else sees him," Williams said. "That spotlight is really bright. We all know that. The expectations are high, as they are for all of our team. I see the guy that is the first one to the ballpark. And works really hard and wants to be good. Has desire to become a great player, and he's willing to work at it. Which is great. So all of those things combined will allow him to be as good as he wants to be.

"He doesn't slack off in that regard. He works. And has great desire to become a great player in this game and I think he will be."

What's most important to Harper, however, is bringing a World Series championship to the nation's capital as he told reporters in less headline-grabbing comments today: