A fractured left hand limited Jeff Kobernus to just 73 games total last season, 59 of them played at Triple-A Syracuse, where the 26-year-old, infielder/outfielder put up a .257/.338/.359 line with 13 doubles, two home runs and 15 stolen bases in 235 plate appearances.

Kobernus was called up to the majors at the end of his sixth season in the organization last September, finishing the year with eight plate appearances for the Nationals. Washington's '09 2nd Round pick out of the University of California at Berkeley was 2 for 15 this Spring before the Nats announced on Twitter this morning that he was being optioned to Triple-A.

As noted, the Nationals also updated the status of rehabbing reliever Erik Davis, who underwent Tommy John surgery on his right elbow last April. Davis told reporters this winter that he was well into his rehab after beginning to throw this past August.

"The idea is when we report to camp I should be about ready to start my mound progression," Davis explained. "And in a perfect world I'll be able to leave Florida in late April, early May is the most likely scenario at this point."

Davis said he was making sure to take things slowly so as to avoid any setbacks, while acknowledging that he wants to be able to contribute as soon as he can. 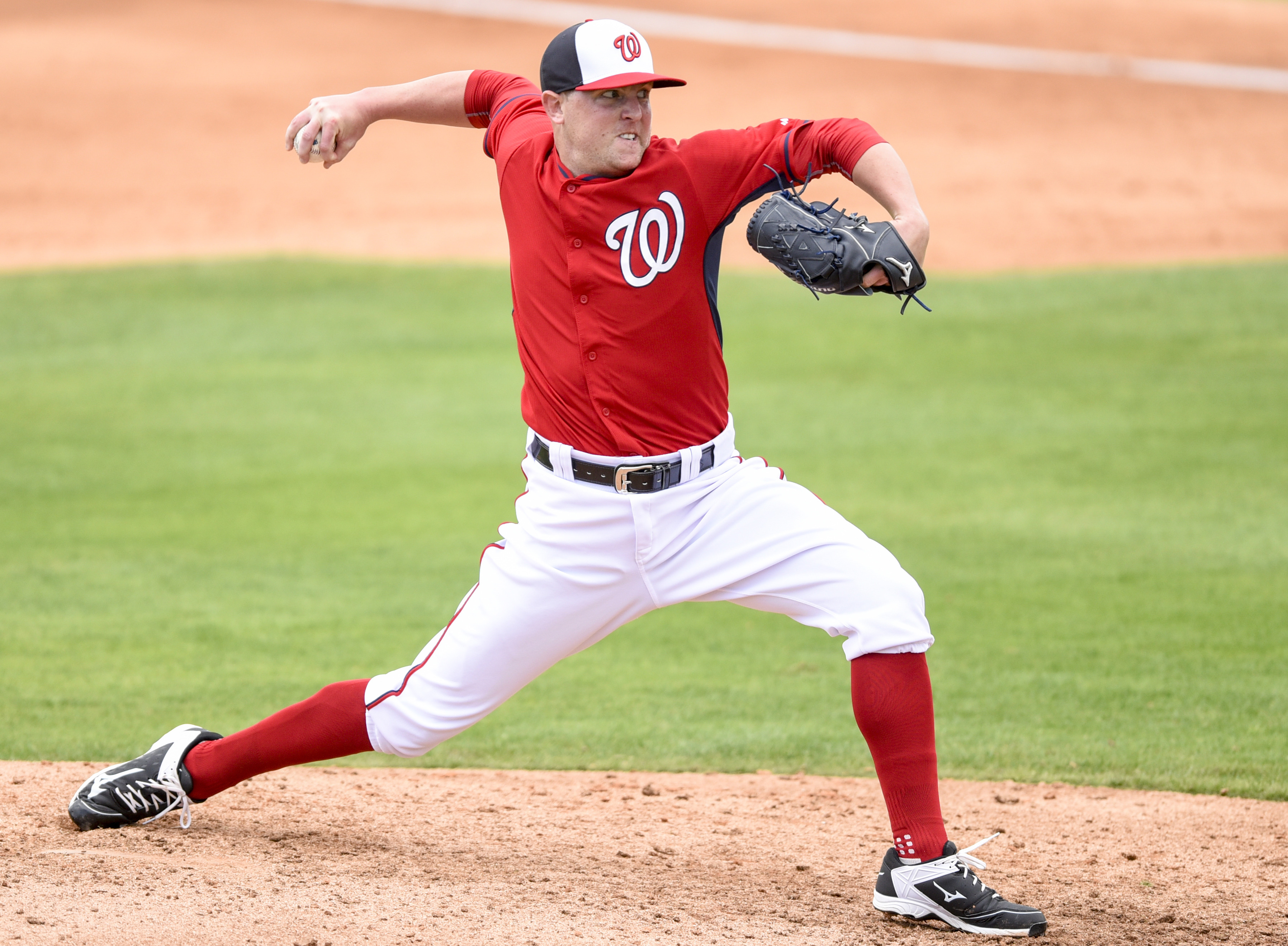 "I'm not exactly young anymore," Davis said. "I'm 28 years old, I'm trying to get my foot in the door, and I realize that if I were to have a setback it would definitely be detrimental to my career at this point, so I'm just going to trust the system and then go out there and do what I can."