Washington Nationals' GM Mike Rizzo talked during an MLB Network Radio interview on Monday about the deal that brought Yunel Escobar to the Nats just days after the Oakland A's acquired the veteran infielder from the Tampa Bay Rays.

The Oakland A's, according to what Athletics' Assistant GM David Forst told San Francisco Chronicle writer Susan Slusser, didn't acquire Yunel Escobar with the intention of flipping him. They did, however, end up dealing the 32-year-old infielder to Washington in return for right-handed Nationals' set-up man Tyler Clippard just days after the trade that brought Escobar and utility man Ben Zobrist from Tampa Bay.

As Slusser reported on Twitter, following the trade with the Rays, the subsequent deal with the Nationals, "took shape 48 hours afterward."

"[Escobar] has great hands, great feet and great instincts for the game. He's got the good clock in his head to play the middle infield position." -Mike Rizzo on Yunel Escobar on MLB Network Radio

In an interview from Viera, Florida's Space Coast Stadium on Monday, Nats' GM Mike Rizzo told MLB Network Radio hosts Jim Bowden and Casey Stern that the conversation that eventually led to the Nationals acquiring Escobar began with a discussion about another potential trade.

"Billy [Beane] and I were talking on the phone like we do quite often about another player and another deal that I had in mind," Rizzo explained, "and we came full circle to what our needs are, what he's looking for going into Spring Training and that trade, really, that trade took about eight minutes to complete once we started talking about it and we came up with the idea."

Escobar, Rizzo explained earlier this winter, provided the Nationals with an offensive and defensive upgrade at second and a potential option at short in the future who is under contract for 2015 ($5M) and 2016 ($7M) with a club option for 2018 ($7M).

Rizzo talked more on Monday about making the decision to deal a pitcher like Clippard.

"As far back as 2013, he was almost a four-win player. That's a really good player." -Mike Rizzo on Yunel Escobar on MLB Network Radio

"Our thought process is it's never good to lose a stalwart in your bullpen like [Clippard]," Rizzo said.

"He was a great warrior for us and a guy that took on a great workload, but with one year of control we felt that we'd protect ourselves at second base and at shortstop in the future with an Escobar that we think is going to be at least a major league average player for the next three years at very nice, affordable prices.

"So we thought that it was a deal that made sense for us, gave us a depth and a bridge to some of our younger middle infielders and we thought that we had the depth at right-handed relief pitchers, power pitchers, that are starters now that could turn into relievers in the minor leagues to kind of mask the loss of Tyler Clippard."

Escobar, who suffered an oblique strain early this Spring, made his first Grapefruit League appearance on Monday, going 1 for 2 at the plate with a throwing error on a double play attempt.

"'No issues,'" Williams said. "'Swinging hard and often, which is good, and came out of it fine. It’s a really good sign.'"

Rizzo said there was still time over the next few weeks for Escobar to get comfortable with the position switch over to second and get used his new double play partner. 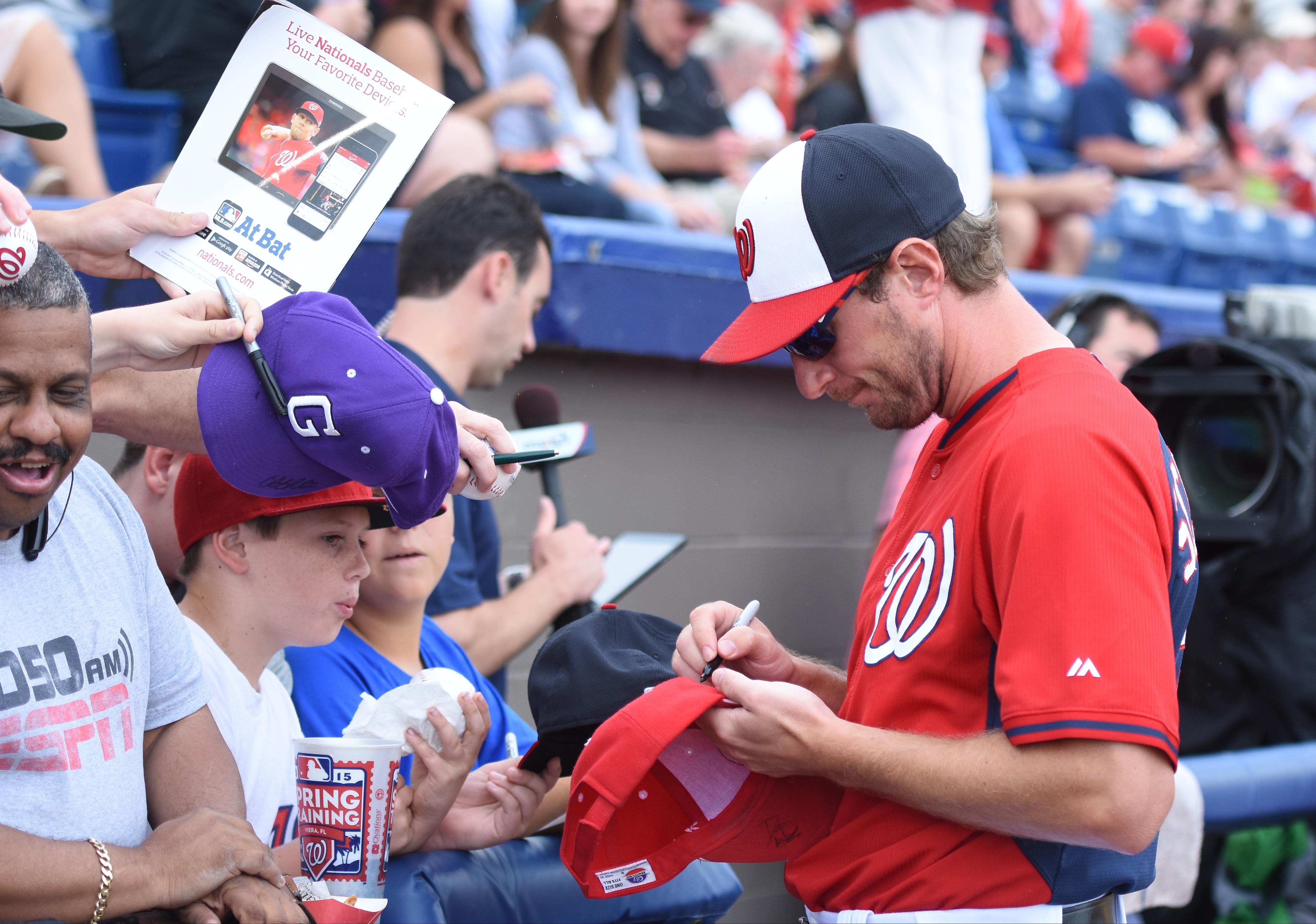 "It's important," Rizzo explained. "I think we have eleven games before Opening Day and we think that will be enough time. He's no young rookie, this guy is a veteran player that has great hands, great feet and great instincts for the game. He's got the good clock in his head to play the middle infield position.

"From what I've seen so far early in camp when he was playing second base," he continued, "he's taken to the position very, very nicely. And a guy that can take to the position, turn the double play, have great hands and I think will be an upgrade offensively for us."

"It would be nice for him and [Desmond] to work a little bit in depth with each other, but they did that early in camp so hopefully it will translate into these last eleven games or so."