Washington Nationals' skipper Matt Williams told reporters on Sunday afternoon that reliever Casey Janssen is heading for an MRI on Monday after experiencing soreness in his right shoulder and having trouble getting loose before his last outing...

Share All sharing options for: Nationals' reliever Casey Janssen to have MRI on right shoulder tomorrow

In an MLB Network Radio interview with Jim Bowden and Casey Stern last week, Washington Nationals' GM Mike Rizzo talked about signing right-hander Casey Janssen this winter. Rizzo discussed the illness last season (food poisoning) that allowed the Nats to get the 33-year-old, eight-year veteran who saved 81 games over the last three of his eight seasons with the Toronto Blue Jays on a relatively modest 1-year/$5M deal.

"He had a hiccup with the second half of last year, and if he doesn't we don't have him right now at the price we got him for." -Mike Rizzo on Casey Janssen on MLB Network Radio

"He's been healthy pretty much throughout his career," Rizzo said. "He had a hiccup with the second half of last year, and if he doesn't we don't have him right now at the price we got him for."

"This is a guy that had a middle-1.00 ERA the first half of last season. All-Star-caliber numbers and then had a poor second-half."

Rizzo said he was comfortable with the signing though, and looking forward to a strong season from Janssen.

"We like the makeup of the kid," Rizzo explained. "We did a lot of research and a lot of work like we do on all the guys we get, with his makeup. He's a warrior. He's a tough guy on the mound. He's a guy that's not afraid. He throws the ball over the plate and he's got the stuff to finish off games. So, again, gives us some insurance in the ninth. Gives us an option in the eighth and a guy who will take the ball in any and all situations."

This afternoon, however, Nats' skipper Matt Williams told reporters in Viera, Florida's Space Coast Stadium, where the Nationals beat the Marlins, that Janssen is headed for an MRI on his right shoulder tomorrow after experiencing soreness in the shoulder and having trouble getting loose:

Casey Janssen is getting an MRI on his shoulder, per Matt. He reported soreness outside the ordinary & trouble getting loose last outing.

Casey Janssen getting an MRI on his right shoulder tomorrow. Has had trouble getting loose, per Matt Williams.

Janssen began feeling discomfort in his right shoulder when he was warming up before his last appearance. #Nats 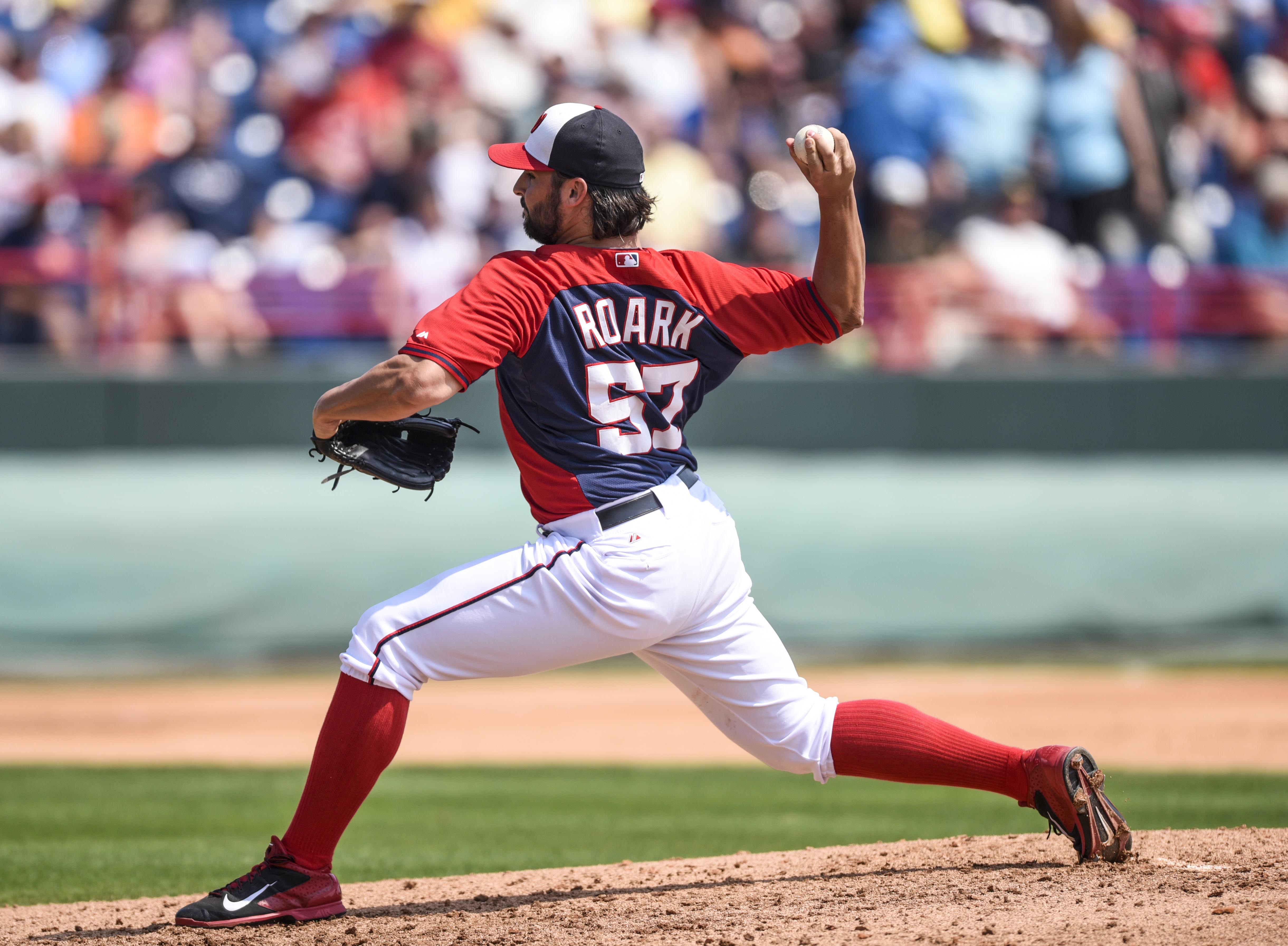 "'The last time out, he started to feel it,'" Williams told reporters, including NatsInsider.com's Mark Zuckerman.

"'He had a little trouble getting as loose as he wanted to get. So we’ll see where he’s at.'"

They'll find out the extent of the issue with Janssen's shoulder tomorrow...

In six innings pitched this Spring, Janssen has given up six hits, two walks and three earned runs while striking out five.